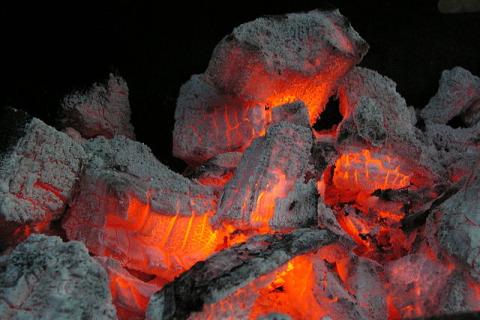 Universities, religious institutions, governments and other investors are withdrawing their investments from the fossil fuel sector – corporations that extract oil, coal, gas and other fossil fuels. They are inspired by the "terrifying math" of climate change that shows how these corporations’ very business model is detrimental to the future of humanity. It is essential that this growing campaign succeed if humanity is going to be able to avoid the worst effects of climate change.

Bill McKibben, who founded 350.org, wrote a watershed article in the July 19, 2012 issue of Rolling Stone titled, "Global warming’s terrifying new math." In it, he focuses on three numbers that everyone should know about and take to heart: Two, 565 and 2,795.

Think about these numbers for a while. Even if corporations stopped searching for new sources of fossil fuels today, they already have discovered far more than we can use if we want our children and grandchildren to have a chance at a decent life. If they simply burnt what they already have in reserves, the global temperature would far surpass the two-degree limit with truly catastrophic results for all life on the planet. As McKibben says, "You can have a healthy fossil fuel industry or a healthy planet, but you can’t have both."

It is true that we all benefit from fossil fuels: running our cars, heating our homes, bringing food to the table, etc., but most people would be happy using sun and wind power, and it is principally the fossil fuel industries that work to delay the use of more alternative energy. The industry as a whole spends $440,000 a day lobbying Congress to maintain their power and inhibit cleaner alternatives. While some companies have nominal investments in alternative energies (investments that they repeatedly tout in commercials and billboards), they spend much more to find new sources of fossil fuels. ExxonMobil spends $100 million each day in its desperate search for more reserves even though it, alone, already has reserves equal to seven percent of the total carbon necessary to pass two degrees.

As is often true of social struggles, universities and faith-based organizations are at the forefront of the fossil fuel divestment campaign. Students at hundreds of universities have begun campaigns to pressure their trustees to divest from fossil fuel corporations with some early successes at Hampshire and Unity colleges.

The United Church of Christ (UCC) was the first national church to officially decide to withdraw all of their investments in fossil fuel companies. Arguing in favor of divestment, Jim Antal, president of the Massachusetts conference of the UCC, said, "We can’t continue to profit from wrecking God’s creation—not through our pensions, not through our endowments, not by our personal investments. As Jesus said: ‘Where your treasure is, there is your heart also.’"

To learn more about the efforts to divest from the 200 publicly-traded companies that hold the vast majority of the world’s proven coal, oil and gas reserves, go to http://www.gofossilfree.com for more information.