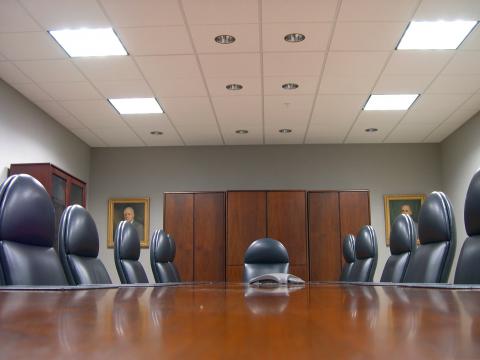 New rules proposed by the Securities and Exchange Commission (SEC) threaten to stifle shareholder advocacy and decrease corporate accountability. The following article was published in the March-April 2020 issue of NewsNotes.

On November 5, 2019, the Securities and Exchange Commission (SEC) voted in favor of proposed changes to its shareholder proposal rule that would severely restrict investors’ access to the corporate proxy, the Interfaith Center on Corporate Responsibility (ICCR) said in a statement released that same day.

The new rules would stifle the voice of shareholders, the statement said, “by substantially increasing the number of shares required to file proposals that appear on company proxies; doubling the thresholds necessary for the re-submission of those proposals in subsequent years; and restricting access to independent proxy advice.”
ICCR CEO Josh Zinner explained the situation in a blogpost on the ICCR website:

“Presently, the SEC requires shareholders to hold $2,000 worth of stock for at least one year before they can file a resolution, an amount which ensures that small investors have the ability to place issues significant to the company before fellow shareholders. The SEC is proposing to revise the rule so that shareholders must own this stake for a minimum of three years before they can submit a resolution. Under the proposal, shareowners who own stock for one or two years must own $25,000 and $15,000 worth of shares, respectively, in order to file a resolution. The current thresholds for shareholder support required for the re-submission of proposals are currently 3% for the first year, 6% in the second year and 10% in the third year. The new re-filing thresholds being proposed by the SEC would more than double those thresholds to 5%, 15% and 25% respectively. The SEC is also proposing to dramatically curb the ability of proxy advisors to provide independent advice to investors, by, for example, requiring that companies have multiple opportunities to interfere with proxy advisors’ recommendations on votes.”

Zinner blames the push for the new rules on trade organizations like the Business Roundtable (BRT), the U.S. Chamber of Commerce, and the National Association of Manufacturers, which have repeatedly mischaracterized shareholders’ motives as political.

“These industry critics have had a clear political agenda of their own,” Zinner said, “to cripple the proxy process that has been in use by shareholders for over 75 years and thereby limit their ability to effectively engage with the companies they own on critical ESG risks.”

Once the proposed rule changes are published in the Federal Registrar, a 60-day comment period will commence. Zinner said, “We will be reaching out in the coming days to help mobilize this response."

Faith in action: Read letters the Maryknoll Sisters and the Maryknoll Fathers and Brothers sent to the SEC to express opposition to the proposed rule changes and send your own letter to SEC Chair Jay Clayton: http://bit.ly/ShareholderAsk