At this the Jews answered and said to him, "What sign can you show us for doing this?" Jesus answered, "Destroy this temple and in three days I will raise it up."
JOHN 2:18-19

Let us defeat injustice rather than each other

From our 2018 Lenten Reflection Guide: Embracing Jesus' Practice of Nonviolence

In this week’s Gospel reading we hear about Jesus’ reaction when he enters the temple in Jerusalem and finds the people have turned God’s house into a marketplace. The temple is bustling with the buying and selling of animals used as sacrifices and services by money changers who help people make their purchases.

Known as the cleansing of the temple, Jesus “made a whip out of cords and drove them all out of the temple area, with the sheep and oxen, and spilled the coins of the money changers and overturned their tables, and to those who sold doves he said, "Take these out of here, and stop making my Father's house a marketplace."

The people, naturally, are appalled by Jesus’ action because buying and selling in the temple had become the norm. They ask Jesus "What sign can you show us for doing this?" Jesus replies that he will destroy the temple and raise it up again.

The Gospel of John concludes, “But he was speaking about the temple of his body. Therefore, when he was raised from the dead, his disciples remembered that he had said this, and they came to believe the Scripture and the word Jesus had spoken.”

Let’s look at the third principle in Dr. King’s six principles of nonviolence: Nonviolence seeks to defeat injustice not people. Nonviolence recognizes that evildoers are also victims and are not evil people.

“Nonviolence liberates the oppressed and the oppressors,” John Dear wrote in Living Peace: A Spirituality of Contemplation and Action. Jesus took a stand against immoral action in the temple without hate for the people and went on to call for love for everyone. “Jesus offered the ultimate teaching on nonviolence: Instead of killing your enemies, love your enemies,” Dear said.

“Life continuously reveals to us how deep our own violence lies within us. We will never become perfectly nonviolent because we have been thoroughly socialized into a culture of violence. But we can turn away from violence, seek peace, practice heartfelt compassion toward others, and publicly participate in the world’s nonviolent transformation.”

Think of a conflict in your life. How can you interject ‘heartfelt compassion’ and ‘publicly participate’ in transforming the conflict through nonviolent action?

O divine Master, grant that I may not so much seek
to be consoled as to console,
to be understood as to understand,
to be loved as to love.
For it is in giving that we receive,
it is in pardoning that we are pardoned,
and it is in dying that we are born to eternal life.
Amen.

Release your hostages today: Frgive people you hold hostage to the past.
Place a photo and quote in your prayer space of a great peacemaker: Mahatma Gandhi or Khan Abdul Ghaffar Khan in India, Dr. Martin Luther King Jr. in the United States, Leymah Gbowee in Liberia, Saint Francis of Assisi, Mother Teresa of Calcutta/Kolkata, or Saint Therese of Lisieux. Make him or her a part of your prayer this week.

Join Pax Christi, the Catholic peace movement that seeks to model the Peace of Christ in our witness to the mandate of the nonviolence of the Cross.
If you are in the U.S., join Pax Christi USA, a membership organization that rejects war, preparation for war, every form of violence and domination, and personal and systemic racism. https://paxchristiusa.org/
For other locations, visit the website of Pax Christi International at http://www.paxchristi.net/  and click “member organizations.” 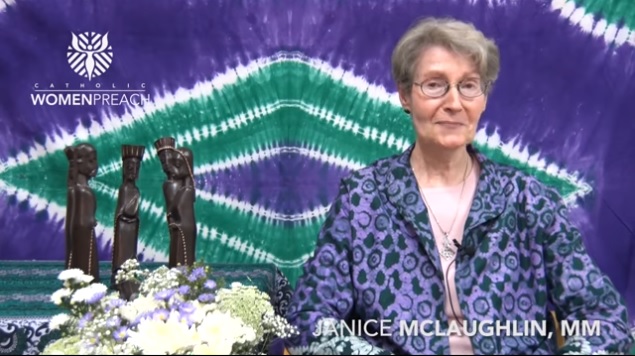 “When Nelson Mandela emerged from prison in South Africa after 27 years, he not only made peace with his captures and those who benefited from apartheid, he invited them to join his government because, he said, ‘the oppressor must be liberated just as surely as the oppressed.’
“I witnessed this truth when I joined a team of observers at the historic 1994 elections in South Africa that brought Mandela to power. Mandela was scheduled to address a pre-election rally but a rival political party was threatening violence.
“A group of local leaders approached us with an unexpected request. ‘Go to the army headquarters in the Zulu capital and ask for protection for the people at the rally,’ they said. We were dismayed and astounded. This was the enemy we were being asked to approach – the apartheid army that often fired on civilians and killed indiscriminately. Yet how could we refuse their request? In trepidation we went to the base and spoke with the commanders.
“They were as surprised as we were by the request. After conferring with one another, they agreed and invited us to sit with them and hear their hopes and fears for the future. They opened our eyes to see the common humanity – the Spirit dwelling within – that is in every person. They seemed to know that they were also prisoners. This same spirit of peace prevailed at the elections the following week.”
–SISTER JANICE MCLAUGHLIN, MM