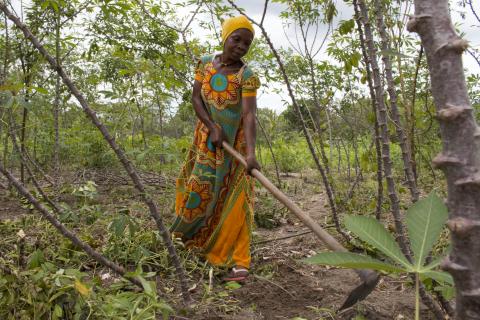 Tanzania plans to end the investment program within the SAGCOT initiative, a high-profile public private partnership, due to concerns for smallholder farmers’ land rights and economic security. This article was published in the May-June 2019 issue of NewsNotes.

An article in Africa Confidential on March 22 entitled “Farming gamble fails” reports that the president of Tanzania, John Magufuli, has canceled the $47 million Matching Grant Fund (MGF), backed by a World Bank loan guarantee of $70 million, within the SAGCOT (Southern Agricultural Growth Corridor of Tanzania) initiative. A pet project of Magufuli’s predecessor, Jakaya Kikwete, who had promoted a private sector business model of agricultural development, SACGOT was designed to attract long-term private investment and stimulate growth in the country’s agricultural sector to ensure the socio-economic development of smallholder farmers.

Without these funds, it appears that the government will no longer match private investment in the agriculture sector with public funds out of fear that smallholder farmers would be sidelined by this type of agribusiness and that it would benefit only private international investors. Africa Confidential comments that the ruling Chama Cha Mapinduzi (CCM) political party still harbors strong sentiments for government control of agriculture and quotes the former leader of MGF, Thomas Herlehy, as saying “The government does not want to make matching grants to private sector agribusinesses.”

Africa Confidential describes SAGCOT as “an ambitious public private partnership designed to attract global agribusiness investors to a huge swathe of Tanzania’s most fertile land,” a total of 350,000 hectares that would purportedly create 420,000 jobs and annual revenues of $1.2 billion by 2030. Some of the multinational giants involved since it was established in 2010 are Monsanto, Yara International, the Bill Gates Foundation, and AGRA (Alliance for a Green Revolution in Africa). The use of the word ‘Green’ does not refer to eco-friendly agriculture but to chemical-dependent farming.

Maryknoll Father Ken Thesing, who represents the Religious Superiors of International Religious Orders headquartered in Rome to the Food and Agricultural Organization (FAO), and who worked in Tanzania promoting smallholder agricultural development, commented: “There are probably some (PPPs) run by USAID or small private entrepreneurs with or without a proclaimed ‘common good’ intention that are working well and getting small-scale food producers to succeed in increasing food production and making more money for their families without being overwhelmed by debts.

“But my problem is I see so many projects where local farmers become connected to a larger scheme that has a plantation and looks to get farmers in the area to sign contracts in order to produce the same crops on their own land and sell them to the factory. The local farmers usually end up getting into debt with the high cost of inputs that are part of the ‘out-grower’ contract and end up bankrupt, losing their land and livelihood. I would be interested to see if there are some real success stories with PPPs.”

In 2013, the FAO published an appraisal of four PPPs in the agricultural sector in Tanzania that appeared to be operating with some success despite decreasing public sector investments and a private sector that fails to make up the difference.

The four projects evaluated were in tea and sugar research and extension services, financial credit for agro-dealers, and privatization of a project in the government-managed Sao Hill Forest to provide timber products for the East Africa region. As of 2013, the first three projects had succeeded in increasing production through investments in the capacity and business knowledge of the producers. The Sao Hill Forest Project could not be fully evaluated as the project was still new. However, the availability of tree seedlings and the extension services already showed some positive effects.

It should be noted that these four projects were modest in scope and did not include partnering with large multinational corporations, such as Monsanto. Thus, it can be concluded that PPPs can benefit developing countries but that they must be critically evaluated. Indeed, the FAO cautioned in 2016 that large-scale investments can result in land-grabbing, with the potential for displacement of smallholder farmers.

The Maryknoll Office for Global Concerns published a report in 2012 that shares principles outlined by faith groups and allied organizations that give PPPs the best chance of success in reducing hunger and poverty and strengthening the human rights to food and water. The paper concludes that PPPs as tools for pro-poor economic development are best suited to countries where existing legal frameworks protect the legitimate role of government to set national development policies and protect the common good. (Read “Public-private partnerships: Working together to reduce global hunger” online at http://bit.ly/MOGCPPPreport)