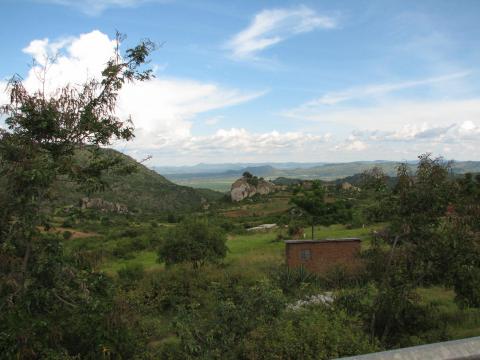 In June, Maryknoll Office for Global Concerns staff member Fr. Dave Schwinghamer visited Tanzania, where he had served as a missioner for many years. Following are some observations from his trip; this piece was published in the September-October 2015 NewsNotes.

In January, Tanzania published its Draft National Energy Policy 2015, which, despite its length, devoted little attention to the challenge of bringing electricity to the country’s roughly 11 million residents who live in poverty in rural areas. That task is left up to the Rural Energy Agency (REA), an autonomous body under the Ministry of Energy and Minerals, which is tasked with promoting and facilitating improved access to modern energy services in rural areas. When the REA became operational in October 2007, only two percent of the rural population was connected to electrical energy sources. The REA aims for a connectivity rate of 50 percent by 2025.

During my visit in June, as I rode in a pickup truck through parts of the Shinyanga and Kagera regions in northwest Tanzania, I saw workmen stringing new electricity lines to many rural villages. These lines are part of the REA’s Phase II project which began in July 2014. According to the Sunday News (June 7, 2015), by April 2014, 241,401 people had been connected to the nation’s rapidly expanding electricity grid, an increase of 68 percent from 2013.

Tanzania is one of the many countries taking part in the U.S.-sponsored Power Africa program. One of the program’s aims is to “meet new demand through low-cost solutions, e.g. new gas resources and off-grid renewable opportunities.” Tanzania wants to make use of each and every possible energy source, from uranium for nuclear power to solar panels.

In a recent speech to Parliament, Minister for Energy and Minerals George Simbachawene said that the country had now completed a natural gas pipeline from the southern city of Mtwara to Dar es Salaam and had overhauled its laws and regulations that govern the natural gas and oil sector of the economy. He noted that between 2013 and 2014 Tanzania had increased the amount of electricity it produced from 5,997 gigawatt hours (GWH) to 6,285 GWH, an increase of 4.8 percent. Simbachawene has asked for an increase his department’s annual budget from $173,809 to $315,714.

In Dar es Salaam, a gas-burning plant called the Kinyerezi I is almost operational; it will have the capacity to generate 150 megawatts of electricity. Tanzania’s current total capacity is 1,500 megawatts; about 45 percent comes from hydro sources, 35 percent from natural gas, and 19 percent from thermal and other sources.

Power Africa favors large gas-powered plants but some rural Tanzanians are beginning to install their own affordable solar systems. While visiting the capital of Shinyanga region, I was able to investigate the availability of solar panels. On just one street in the city’s busy market area, three shops were selling several different sizes of panels along with the wires, converters and batteries needed to set up a solar system for a home. A 40-watt solar panel sells for 90,000/TZ shillings (about $45) in the small shops. Small solar lanterns made by D.light were also available for prices that are lower than in the U.S. Local merchants claimed the solar panels are in good demand. While travelling overland through the eastern part of the region I noticed many villages had a few homes with solar panels on their tin roofs.

In Kagera region, new REA electricity lines were evident along the main road leading to the Uganda border. Local villagers told me that they were not sure how these new electric lines would be connected to individual homes and doubted whether subsistence farmers could afford to pay the initial hook up charge and to purchase electricity on a consistent basis. Tanzania has elected to install pay-as-you-go meters on homes using electricity. In one home that I visited, the cost of electricity was around 364/TZ shillings (17 cents) per kilowatt hour.

Local environmental activists expressed the view that small solar units large enough to light 3-4 bulbs and charge a cell phone for individual homes would be a better solution at the present time as once the unit is installed, there is little overhead and no monthly payments. A factor that could drive interest in installing solar panels in villages is that the most used electrical utility in rural Tanzania is the cell phone. Local shop keepers in the Mabatini area of Mwanza charge around 300/TZ shillings (about 13 cents) to charge a cell phone.