Sudan: More than one million under attack 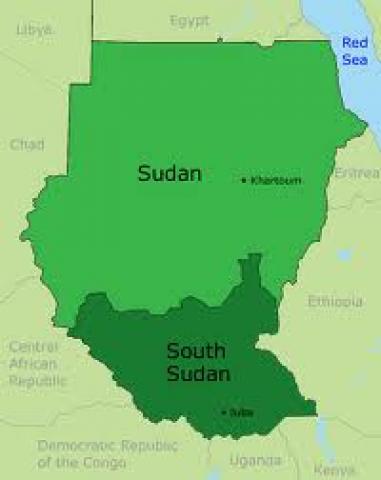 Since June 2011, government forces from Sudan have fought the Sudan People’s Liberation Movement/Army-North (SPLM/A-N) in the Blue Nile and South Kordofan regions. The Sudan Relief and Rehabilitation Agency (SRRA), the relief wing of the SPLM/A-N, recently a released 21-page report on the dire situation, including details on the high instances of malnutrition and disease among the people. The following is a press release from the SRRA.

According to an SRRA press release: "… [M]ore than one million Sudanese liv[e] with constant bombing and artillery attacks from government forces … . In just one small area [in Blue Nile], 1,205 people have starved to death, half of them children.

"President Omar al-Bashir’s government in Khartoum has consistently refused to allow aid agencies access to these people. Talks mediated by the African Union have failed to persuade his administration. Proposals from the United Nations have been rejected and ignored.

"It is vital that an air and land corridor for aid, suggested by the United Nations, and accepted, without preconditions by the SPLM-N on August 4, 2012, be implemented without further delay. The nine conditions imposed by the government in Khartoum make the plan unviable. …

"‘The international community must urgently answer the scale of the suffering to ensure the faithful implementation of the Tripartite Initiative and the UN Security Council Resolution 2046 by the Government of Sudan,’ says Philip Neroun, director of the SRRA. …

"Hundreds of thousands are displaced inside [Blue Nile and South Kordofan], surviving in caves or in the bushes. They have little food and survive as best they can, without clean water and medicines. There are high levels of malnutrition.

"In the rebel controlled areas people survive on roots collected from the forest, hiding in foxholes to escape the daily bombings by Antonov aircraft and suffering from malaria, diarrhea and skin diseases. The last harvesting season has been poor."

According to the Sudan Tribune (January 1), "Under the 2005 peace deal that led to South Sudan’s secession in July 2011, Blue Nile and South Kordofan - where many had fought with the southern rebels against the Khartoum government - were given special dispensation and their own accord within the Comprehensive Peace Agreement (CPA).

"However, the elements of the CPA regarding the ‘Two Areas’ were not fully implemented before South Sudan’s secession and the Sudan Armed Forces demanded that the northern sector of the SPLM - now the SPLM-N - disarm or move south of the new international border.

"Over 200,000 people have been displaced into South Sudan and Ethiopia by the conflict but many remain in the conflict-affected areas. There have been attempts by the United Nations, African Union and Arab League to negotiate between the two sides in order to allow humanitarian access to rebel-controlled areas but so far no international aid has been allowed to enter.

"The report says there are 515,707 civilians who reside in the rebel controlled area in Blue Nile and South Kordofan; 79,550 [internally displaced persons, IDPs] are in the rebel territory in Blue Nile where the [population] is 98,003 people. In South Kordofan the number of IDPs in the SPLM-N areas reached 436,157 people while the total of civilians in its controlled zones is 995,200."

"African Union [AU] mediator Thabo Mbeki said both sides had agreed ‘unconditionally’ to implement a deal first struck in September," the article stated. AU mediators "will now lay out a timetable for the implementation of all outstanding agreements, according to an official document seen by the BBC.

"This is expected to be in place by the end of next week, and if the timetable is respected, a demilitarised buffer zone between the two countries will be set up. That would allow the resumption of oil exports from the south and of cross-border trade.

"‘They’ve... agreed that actions should be taken immediately - or maybe as soon as possible - to implement all the existing agreements unconditionally,’ Mr Mbeki said. ‘The presidents have also agreed that... the necessary decisions are taken to create the safe demilitarised border zone.’

The article noted that limited progress was made on the "disputed Abyei region, including a commitment to set up a joint administration for the area, as well as on several other outstanding issues"; however, these agreements have been signed before and never implemented.