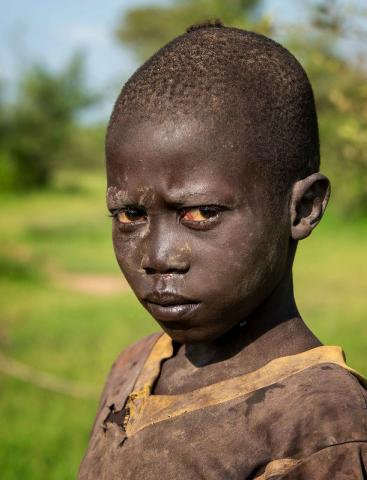 Dr. Susan Nagele, a Maryknoll Missioner who worked in East Africa for 33 years, explores the history and governance of the Republics of Sudan and South Sudan. This article appeared in the November-December 2019 issue of NewsNotes.

Reviewing the history of Sudan and South Sudan can shed light on the problems facing these closely tied and conflict-ridden countries.

Sudan was a collection of small kingdoms until 1820 when Egypt conquered the territory. The Egyptians unified and controlled the north, but the south was full of swamps and disease. This area remained fragmented, difficult to access, and vulnerable to slave traders. In 1882, the British invaded Egypt and afterward jointly ruled Sudan with the Egyptians.

The Republic of Sudan was granted independence in 1956. The new government soon reneged on an agreement to set up a federal system between the north and south of the country. This ignited civil war as southerners demanded more representation, regional autonomy and, for some, complete separation. Except for an eleven-year cease fire, fighting continued until 2005 when a peace agreement was ratified to guide development in the south. That agreement culminated in a national referendum in January 2011 in which 98.8 percent of the population in the south voted to secede from the north.

The Republic of South Sudan was inaugurated on July 9, 2011. The world’s newest nation began with little infrastructure, devastation from 45 years of war, and jubilation. Almost all citizens were hopeful that a new day was dawning.

In December 2013, South Sudanese President Salva Kiir claimed that a faction of the army loyal to Vice President Riek Machar had attempted a coup d’etat that was quickly suppressed. This sparked the South Sudan civil war that continued intermittently until September 2018 when a peace agreement was signed. This war was far more complicated than a conflict between these two men. Several powerful groups have been suppressing other groups and excluding them from mediation efforts. For the past six years, 200,000 displaced people have been living in protected sites secured by the United Nations. Additionally, two million people are refugees in Uganda and Sudan.

The peace agreement requires Kiir and Machar to form a transitional government by November 12, 2019. They must agree on the number and boundaries of subnational states and unify the army. While faith-based groups are praying and working for peace, few people are relocating from exile. There are reports of South Sudanese men returning from Uganda to join a rebel group. But the goal of reintegration of all combatants into one united army with a common purpose is far off.

Meanwhile, Sudan also suffers from division and violence. Former president Omar al-Bashir was removed in April 2019. A transitional government was formed in September after eight months of peaceful civilian protests, which were guided by Abiy Ahmed, Prime Minister of Ethiopia and the 2019 Nobel Peace Laureate.

Abdulla Hamdok, the new Prime Minister of Sudan, made his first official visit to Juba, capital of South Sudan, in September, where he spoke about the importance of integrating trade, allowing visa-free access and offering dual citizenship between the two countries. Hamdok’s trip coincided with his country granting permission for the World Food Programme to visit the Nuba Mountains region for the first time in nine years. The people of the Nuba mountains have been subjected to a campaign of aerial bombardment since 2011 after fighting broke out between Khartoum and Nuba rebels.

Peace in both countries is hindered by corruption. A major source of corruption is the oil industry, which provides 95 percent of revenue for South Sudan. Several countries, including Russia, South Africa and China, have invested in this sector. Dar Petroleum is the largest exporter of oil from South Sudan and has funded the lavish lifestyles of government officials and provided direct support to militias linked to mass atrocities. Its largest shareholder is the China National Petroleum Corporation.

Tens of thousands of people in Sudan accomplished a nonviolent change of government this year in a pro-democracy movement worthy of worldwide praise and U.S. support. Thousands continue to rally in several cities calling for the former leader's party to be dissolved and senior members brought to court while the transitional government prepares for democratic elections in just over three years.

Civilians in South Sudan have even more reason to protest but are in survival mode. In a recent Time magazine article, Bishop Edward Hiiboro Kussala of the Yambio-Tombura diocese suggested a path forward: “Most of the people who are fighting are in the government and they have the weapons, so to initiate the process of justice, first we need to stop the war, organize the government, and then gradually the people can have the security to be able to speak out.”