Successful accord addressing worker safety and livelihood in Bangladesh extended 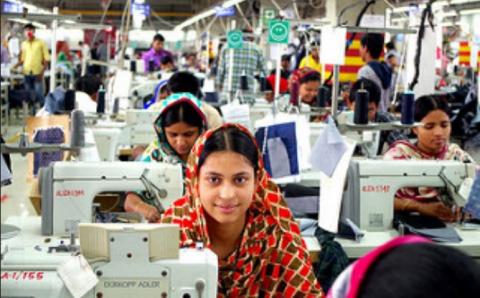 From the Interfaith Center on Corporate Responsibility (ICCR) public statement on June 30, 2017:

The Interfaith Center on Corporate Responsibility (ICCR) applauds global trade unions and companies that moved to renew the Bangladesh Accord for Fire and Building Safety, a three-year legally-binding agreement that will enter into effect when the current program expires in May, 2018.

“Since the Rana Plaza disaster in April, 2013, ICCR has organized a coalition of over 200 institutional investors from 12 countries and representing $4.5 trillion assets under management in support of the Accord,” said ICCR’s Senior Program Director for Human Rights, David Schilling. “The Accord’s multistakeholder model is an unprecedented collaboration between trade unions and apparel companies and retailers seeking systemic transformation of the Bangladesh garment sector into a safe place to work. As the program has been extremely successful, investors are very eager to see it have the needed time to fulfill its mandate.”

The agreement announced yesterday, not only provides for additional time to fix all issues identified by original inspections but allows for continued training of workers in health and safety protocols which investors view as a crucial component for the long-term success of the program.

To date, the Accord has inspected 1,800 factories, remediated 79% of the safety issues identified in the original inspections and trained 500,000 workers in health and safety.

“In its statement released on the 4th Anniversary of the Rana Plaza tragedy, investors called on the Accord to extend the agreement, broaden its scope to include freedom of association and collective bargaining, and cover additional parts of the supply chain where similar risks exist such as home textiles,” said Rev. Séamus Finn, of the Missionary Oblates of Mary Immaculate. “We are gratified to see that these elements, which can help prevent another Rana Plaza, are incorporated into the new agreement.”

“An impressive amount of work has been completed, but the work is not yet finished. As investors, we applaud those companies who have been leading this historic initiative for worker health and safety. This has the potential to be a model for other supply chain initiatives designed to mitigate these unacceptable risks to companies, shareholders and workers alike,” commented Adam Kanzer, Managing Director, Domini Impact Investments. “We are particularly pleased to see the inclusion of freedom of association and collective bargaining protections, perhaps the most effective safeguard against future Rana Plazas.”