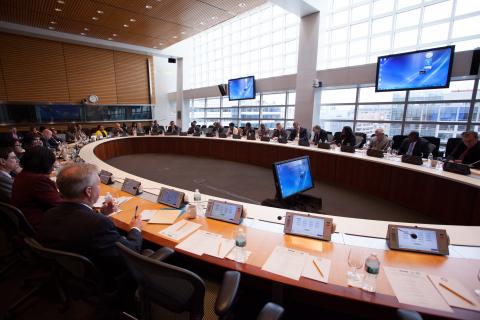 Since the pandemic started in March 2020, civil society across the world has been calling for a new allocation of Special Drawing Rights (SDRs) in response to the health, economic and social emergency. This article was published in the May-June 2021 issue of NewsNotes.

With global poverty on the rise for the first time in 20 years; serious doubts that Covid-19 vaccines will reach poor countries in the near future; jobs being decimated everywhere; and inequality on the rise, developing countries are in desperate need of additional resources to increase their fiscal space.

Special Drawing Rights (SDRs) were created by the International Monetary Fund (IMF) in 1969 to supplement the official reserves of its member countries when the need for international reserves arises due to a global emergency, as was the case in the 2009 global financial crisis, as is the case today. SDRs are the IMF’s reserve asset, and are exchangeable for dollars, euros, sterling, yen and Chinese yuan. An allocation of SDRs requires approval by IMF members holding 85% of the total votes. Because the United States holds 16.5% of the votes, the U.S. effectively holds veto power.

The U.S. Treasury under President Biden has come out in support of the IMF issuing $650 billion in SDRs while humanitarian organizations like Eurodad and religious institutions like the U.S. Conference of Catholic Bishops support a much higher allocation of $3 trillion SDRs.

IMF First Deputy Managing Director Geoffrey Okamoto, following IMF and World Bank spring meetings in April where the Group of 20 countries signaled their support for an issuance, told reporters, “The goal would be to make that allocation sometime this summer.” What amount of SDRs is still up for debate.

To explain what SDRs are and how they are shared and used, the Center for Policy and Research and ActionCorp have created the following one-pager. To download the PDF, go to https://globalcovidresponse.org and click on “Take Action.”

To help avoid global economic collapse, and the death of millions of people worldwide, Congress must act swiftly and decisively. Only Congress can authorize the International Monetary Fund (IMF) to release a financial resource called Special Drawing Rights (SDRs) at the scale and speed needed. These resources are not loans to the governments and have no cost to American taxpayers.

Save Lives—The global health crisis and deepening world recession could kill millions of people around the world if countries fail to take decisive action. SDRs would provide governments with vital resources to take necessary action against COVID-19.

Help the U.S. Economy Recover— The current crises will hurt trade partners, and ultimately American companies and workers. American exports fell sharply in the last recession, and recovery from the worse recession occurring now will help the U.S. economy and create jobs here.

Build on Record of Success—IMF’s issuance of Special Drawing Rights (SDRs) helped economies recover from the2009 global financial crisis, reducing unemployment, poverty and suffering. But a bigger and faster response would have accelerated recovery.

SDRs will not cost the United States a penny.

No Cost to U.S. Taxpayers—Special Drawing Rights (SDRs), an emergency financial liquid resource, come from the International Monetary Fund (IMF) and are not financed in anyway by U.S. taxpayers.

Not Foreign Aid—Special Drawing Rights are not U.S. foreign aid, as they are issued by the International Monetary Fund (IMF).

SDRs are widely supported— A major SDR issuance is supported by:

Faith in action: For more information and to send a message to Congress in support of SDRs, visit https://globalcovidresponse.org