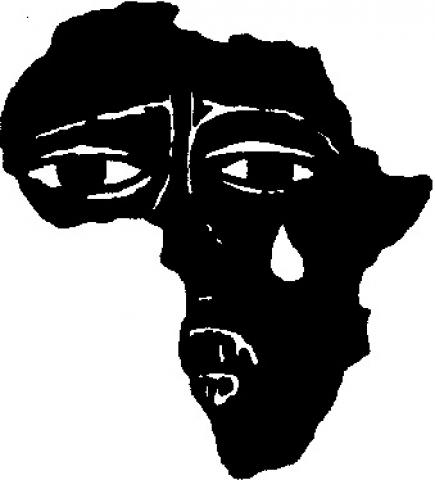 The following article examines what is needed to make peace in South Sudan, according to the South Sudan Council of Churches. This article was published in the September-October 2016 issue of NewsNotes.

A snapshot view of South Sudan would reveal a rather chaotic and hopeless situation. However, according to John Ashworth, an advisor to the South Sudan Council of Churches (SSCC), it is possible to see some progress in the efforts by churches to bring peace to Africa’s newest nation. During a recent visit to Washington, D.C. the veteran peace activist related how the Church is responding to the present conflict between warring factions that have driven the country to the brink of dissolution.

In 2013, when fighting broke out in the capitol of Juba, all sides in the conflict turned to “the Church” – meaning the Catholic Church and all of South Sudan’s Christian denominations – for help. According to Ashworth, no other institutions have the influence and moral authority that the South Sudanese churches possess. The Church has historically played a significant role in peace making in South Sudan. This includes the People to People Peace Process, the Entebbe Process which shadowed the Intergovernmental Authority on Development negotiations in Naivasha, the paper “Let My People Choose” which puts the right to self-determination at the center of the Comprehensive Peace Agreement, and the advocacy to bring about the referendum which eventually led to the creation of South Sudan.

By June 2015, after nearly a year and half of preparatory meetings, the SSCC met in Rwanda and issued a “Statement of Intent” that contains an examination of conscience over the Church’s own role in the conflict and a commitment to follow the path of forgiveness through restorative justice. The 25 religious leaders of SSCC considered their prophetic role as denouncers of wickedness and evil and proclaimers of peace and reconciliation. They denounced war as senseless and argued that peace must have priority over pride, power and politics and went so far as to condemn negotiations for positions of power while people were being killed.

In clear and blunt language, the religious leaders laid out a searing analysis of the root causes of the current civil war. They include a power struggle between leaders and their hangers-on which has swept youth and ethnic communities into cycles of revenge killing; economic collapse; the destruction of national assets; human rights abuses that go unpunished; and the increasing militarization of society

The Statement of Intent names four pillars for the path to peace:

Advocacy: “Starting in South Sudan and reaching out to the region, the rest of Africa and beyond, we will embark on a process of advocacy.” In addition to reaching out to key regional leaders, members will also engage with the international community. Locally, they will advocate for a change in the narrative about violence as well as the narrative around tribal identity and tribalism, the historical narrative, and the issue of hate speech.

Neutral forum: “We will find ways to bring stakeholders together in a less politically-charged atmosphere and to build bridges between them to overcome mistrust and disagreements.” They propose a series of forums for South Sudanese governmental and religious leaders to meet without outside interference. The goal would be to build trust and find solutions to the conflicts. These forums would take place on three levels: senior politicians, Sudanese women, and among military leaders.

Reconciliation: “We will spearhead reconciliation, where necessary incorporating existing mechanisms so as not to lose what has already begun on the ground.” This process will be based on the principle that reconciliation cannot be imposed. Local groups will be asked whether they want reconciliation and justice and what justice means in their context. Similar processes will then take place at the county and national level.

Hope and forgiveness: “We ask forgiveness for anything we may have done to divide our nation, and for all the times we have failed to speak and act in love to heal our nation.” During his Washington visit Ashworth indicated that the crisis in South Sudan may be mentioned in the forthcoming World Day of Peace message by Pope Francis. He suggested that Catholics in the U.S. ask Church leadership to reach out to the South Sudanese diaspora and urge them to promote the peace agenda. Citizens could lobby the U.S. government to use its influence with the Ukraine to stop providing weapons to South Sudan.

Faith in action: Read and share the “Statement of Intent” by the South Sudan Council of Churches at http://bit.ly/SSCCStatementofIntent.