The season for imagining inclusive prosperity 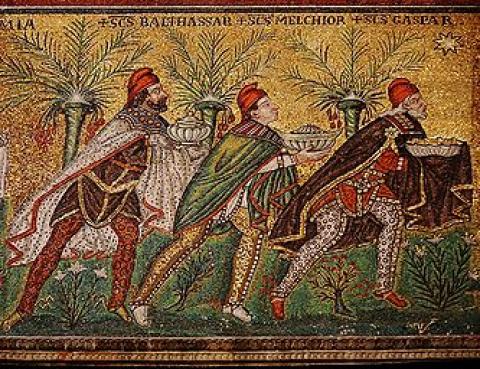 The Christmas season’s consumer spending and gift-giving frenzy all evolved from the story of Jesus’ birth, which, according to St. Luke, began with Mary and Joseph traveling to Bethlehem to register so they could pay their taxes: “[T]here went out a decree from Caesar Augustus, that all the world should be taxed .“(Luke 2:1) Perhaps it is fitting that at this time of year, as we prepare again to commemorate the birth of Jesus, that our legislators are having deep conversations about taxes, revenues and spending. A financial transaction tax is one way that lawmakers could solve the dilemma of how to raise revenues to serve the common good, perhaps following the example of another cast of characters at the nativity scene: the three wise men.

Obviously our world is significantly larger than the world in which Jesus was born. Today’s financial sector would definitely compete with give Caesar’s domination of the economy and the decisions that shape it. In 2010, the assets of the six largest U.S. banks equaled 62 percent of U.S. gross domestic product, up from 18 percent in 1995. Today, technological advancements have enabled the financial industry to move at tremendous volume at incredible speeds. It has reached a point where the technologies themselves have begun to destabilize financial systems, especially through high-frequency trading. Arguably, the way the financial sector operates has played a huge role in the most recent recession, the foreclosure crisis and the high unemployment rate.

A financial transaction tax would place a very small tax (somewhere between 0.0001-0.5 percent on the overall value of financial transactions). This miniscule amount would have little or no impact on the vast majority of investors and would primarily impact high volume trading. In actuality, consumers who are now busy buying holiday gifts are paying somewhere in the range of a whopping 4-7 percent sales tax for every purchase.

It is interesting to see that throughout the gospels tax collectors get a bad rap – they were wealthy and likely skimmed off the top of what they collected because they always seemed to come up in the same sentence with the word “sinner.” Today, they might be analogous to the one percent, or those who dream up schemes that involve mortgage fraud causing people to lose their homes or in high stakes commodity trading that raises the price of food such that people in countries around the world begin to go hungry and protest. Though much was said about tax payers, Jesus never said that taxes themselves were evil. The priority for Jesus was the reign of God – and he showed by example that it is only built by preaching “good news to the poor,” proclaiming “release to the captives,” recovering “sight to the blind” and by setting free those who are oppressed.

When considering how best to raise revenues to address the most pressing needs of our day, lawmakers should take a close look at Rep. Keith Ellison’s Inclusive Prosperity Act (HR 6411), which promotes a financial transaction tax to protect U.S. financial markets from speculation and to provide revenue needed for public investments here and abroad. It is striking that the Christmas season ends with the feast of Epiphany where three wise and wealthy men came from afar to offer elegant gifts to the child they found lying in abject poverty – the only place available for Mary to give birth. How freely these wealthy men gave to a child they’d never met. This wonderful vision of inclusive prosperity could also be ours.

To get involved in the national campaign to promote the financial transaction tax, visit the Robin Hood Tax website.