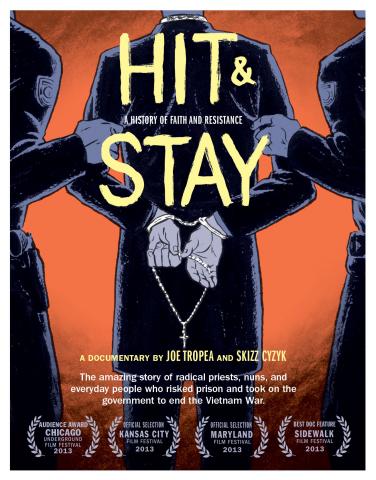 Resources published in the November-December 2014 NewsNotes

Advent series for a New Economy: The Faith Economy Ecology Transformation Working Group developed this four week Advent series to help individuals, parishes, and religious communities to pray, reflect, and take actions to build towards the kin-dom vision of right relationship. Each week features one of the principles from the statement, “A Call to Integrate Faith, Economy, and the Global Economy,” and provides a reflection, an action suggestion and a prayer. Explore the paradigm shift in mindset and values, how to support and build resilient communities through our everyday activities, how to develop policies that put the needs of people and the Earth at the center, and that the possibility to rein in corporate power exists. Available SOON here.

Annual vigil to close the School of the Americas/WHINSEC: This year’s vigil to call for the closing of the U.S. Army’s School of the Americas/Western Hemisphere Institute for Security Cooperation (SOA/WHINSEC) will be held Nov. 21-23 in Columbus GA. (This year will mark the 25th anniversary of the November 16, 1989 assassination of the six Jesuits, their housekeeper and her daughter in El Salvador.)

National Migration Week 2015: January 4-10: Sponsored by the U.S. Conference of Catholic Bishops Migration & Refugee Services (MRS). The 2015 theme is “We are One Family Under God,” a particularly important reminder when dealing with the migration phenomenon, as family members are too often separated from one another.

Unaccompanied Migrant Children Resource kit: The U.S. Conference of Catholic Bishops (USCCB) has this 13-page PDF available which includes copies of statements from Pope Francis and several U.S. bishops; analysis of the current crisis; information on how to view the situation the context of Catholic Social Teaching; and an action alert to use to contact Congress.

The Great Land Heist: How the world is paving the way for corporate land grabs: Over recent years, a global land rush has resulted in a massive rise in the number of people in developing countries being evicted or denied access to their own land – sometimes in violent confrontation with the authorities – as big business moves in. More than 1,600 large-scale land deals have been documented since the year 2000, targeting over 60 million hectares. Written by Julian Oram for ActionAid International, this 49 page report presents cases from around the world that highlight how land grabs lead to forced evictions, human rights violations, lost livelihoods, divided communities, destruction of culturally significant sites, rising food insecurity, and, ultimately, increased poverty.

Hit & Stay: A story of faith and resistance: On May 17, 1968, nine Catholic activists entered a Selective Service office in Catonsville, MD, dragged stacks of Draft Board records out into the parking lot, and set them on fire with homemade napalm. They then prayed, and waited to be arrested. In doing so, they kindled a wave of similar protests against the Vietnam War across the country. “Hit & Stay,” a new documentary film, tells the story of the Catonsville Nine and those who joined them through interviews with many of the participants as well as observers as the activists went to prison or underground, tangled with the FBI, and ultimately helped change the nation’s mind about the war. 97 minutes. Contact the filmmakers at hitandstay@gmail.com; 443-562-1971; Haricot Vert Films 3700 Beech Ave., Baltimore, MD 21211.