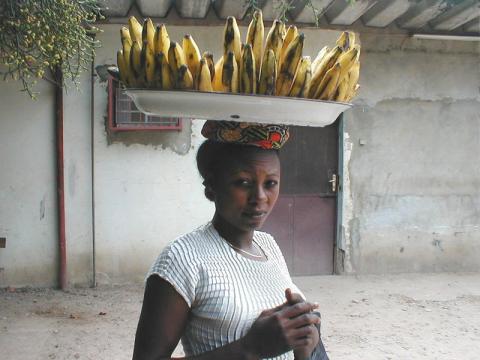 On June 18, Secretary of State John Kerry appointed former Wisconsin senator Russ Feingold as the U.S. Special Envoy to the Great Lakes region of Africa. The Africa Faith and Justice Network (AFJN) joined other organizations in writing to Feingold soon after his appointment outlining some of the most critical issues he will face as envoy. Excerpts from the letter’s recommendations on a regional peace process follow.

Building on the current Kampala-based peace process, which is far too narrow to achieve peace and stability in the east, your appointment and robust support for UN envoy Mary Robinson increase the chances for the establishment of a credible and comprehensive peace process between Congo, Rwanda, and Uganda that addresses the core regional drivers of violence and tension that rebound so negatively on the people of the Congo. Within such a peace process, ... the U.S. can provide carrots and sticks to leverage cooperation among the three neighbors on key issues such as security, natural resources, and refugees.

First, it is important for the U.S. ... to make clear to Rwanda and Uganda that there will be serious consequences for any continuation of past support to armed groups in the DRC, including diplomatic condemnation, budget support or military aid reductions, and/or targeted sanctions. ... [T]he U.S. should help Mrs. Robinson to establish meaningful benchmarks for progress in the peace process, close monitoring of progress and necessary follow-up measures. Additionally, the U.S. should work with regional partners to facilitate the arrest of indicted commanders such as indicted FDLR military commander Sylvestre Mudacumura and LRA leader Joseph Kony. Regional diplomacy will also be important to maintain progress against the LRA.

Second, the U.S. should help create economic incentives for all three countries to seek regional peace and development. An important source of regional tension is the struggle for control of the Congo’s natural resources, especially its mineral wealth. Congo’s eastern neighbors, particularly Rwanda and Uganda, as well as elites in Congo, have spent years constructing and supporting systems to illegally exploit the Congo’s resources. The situation is starting to change for the better as reforms such as the Dodd-Frank legislation on conflict minerals and company initiatives such as Philips’ Conflict-Free Tin Initiative make it more difficult and costly for armed groups and criminal networks to profit from the illicit trade, with untraceable conflict minerals tin, tantalum, and tungsten now selling at one-third the price of traced, tagged minerals. As a result, economic incentives are shifting away from smuggling and the extreme violence that surrounds the resulting mafia economy, though smuggling continues today from eastern Congo into Uganda, Rwanda, and Burundi. More work must be done on gold to sanction smugglers, help build a more formalized trade, and improve governance in the sector. Additional steps should also be taken to aid livelihoods in mining communities. ... [The U.S.] should encourage finalization of a regional agreement for spot checks on mines and trading routes to combat smuggling, the Independent Mineral Chain Auditor. This monitoring will help multinational companies verify that minerals are conflict-free, which will help reopen international markets ... and provide new opportunities for international investment in mineral production.

If there is progress on the benchmarks for the peace process, the U.S. and other donors should also provide, in cooperation with the World Bank and existing regional organizations, assistance in planning for needed regional infrastructure, such as roads and electricity projects.

Third, mutually beneficial regional economic development is severely hampered by the serious governance issues in the eastern DRC. As the peace process advances, the U.S. should strongly support the revised UN Stabilization Program which emphasizes consultation with civil society and strict performance standards for the DRC.

Fourth, the U.S. should seek ways to demonstrate to the regional actors the potential benefits of regional economic integration through a responsible investment initiative. The U.S. should work with the private sector – in particular socially responsible high-tech, metals, and mining companies – as well as the World Bank, the European Union, local and international civil society, and other donors to enable regional actors to begin to jointly examine potential investment opportunities in natural resources, infrastructure, and financial services; to identify policy incentives to investment; and to find solutions to obstacles to responsible investment, including governance issues in Congo. The U.S. should emphasize to Congo’s neighbors that the large-scale benefits of regional economic integration depend vitally on an eastern Congo that is secure, stable, peaceful, and effectively governed.

Effective coordination and appropriate aid leveraging are also [key] for progress in the Great Lakes. ...

See the letter in its entirety here.

Photo of woman in DRC by Jay Dedman; file is licensed under the Creative Commons Attribution-Share Alike 2.5 Generic license.