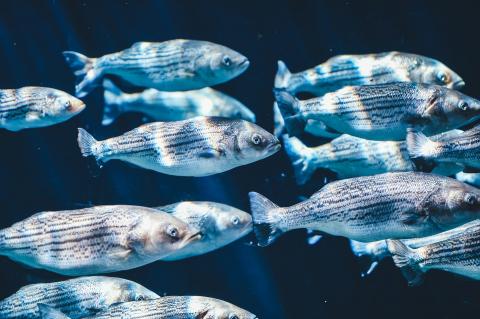 At a gathering in Monaco, ocean experts discussed how 2021 could be a year to catch up on ocean protection goals. This article was published in the May-June 2021 issue of NewsNotes.

While protection of ocean ecosystems is critical for addressing climate change, it is one of the many areas of progress on environmental issues that has stalled due to the COVID-19 pandemic.

However, ocean activists and scholars are aiming for 2021 to be a year of catching up on ocean protection goals. At the Monaco Blue Initiative, a gathering of ocean scientists, governance leaders and advocates in Monaco in March, participants strategized about the best ways to use the momentum of COVID-19 relief as a window of opportunity to make big strides for ocean protection.

The problems facing ocean ecosystems are myriad, ranging from water temperature and acidity rise, over-fishing and stress on ecosystems, and extensive plastic pollution. The crisis facing the world’s oceans is intimately tied to the climate crisis, as the ocean is a “carbon sink” for absorbing excess carbon dioxide coming from human activity, an important function which is threatened due to ocean temperature rise and rising ocean acidity.

“We have to apply every lever to create a future for the ocean that is biodiverse, climate-resilient, and free from carbon pollution,” Kerry added. “The health of our ocean is central to our economies, our ecosystems, our communities, and to life itself on this planet.”

The Monaco Blue Initiative is an annual gathering of stakeholders and decisionmakers involved in ocean protection, convened by Prince Albert II of Monaco for the first time in 2010. The 2021 gathering included sessions focused on participation in ocean protection from the corporate and financial sectors.

One takeaway from these sessions was the need for benchmarks of progress on climate and ocean protection goals for the corporate and financial sectors. Participants noted that the United Nations’ Sustainable Development Goals were primarily aimed at governments, leaving it up to the corporate and financial sectors to develop their own goals and strategies for contributing to conservation efforts.

Complementing the week of discussion in Monaco, ocean experts Remi Parmentier and Kelly Rigg of the Varda Environmental Protection Group, which provides international strategic and campaign advice on environmental protection, co-authored a paper, “Blue Food for Thought,” outlining what they consider to be the most critical and promising “bold” approaches to policy for ocean protection. They argue that four ideas in particular can help advance the global endeavor to reach thirty-by-thirty, or thirty percent of the ocean protected by the year 2030.

The first solution they name is the development of “Marine Exploitable Areas” to replace the current system of “Marine Protected Areas.” Right now, about 7.5% of ocean surface area is designated as a “Marine Protected Area,” subject to marine life and habitat protections, but the vast majority of open ocean remains unregulated by any national or international body.

Parmentier and Rigg suggest using international legal tools to make protected areas the default, and instead designate the remaining portion as “Marine Exploitable Areas,” so that those wishing to profit from the resources of a particular marine area would have to bear the burden of proof to demonstrate that they were acting with sustainability principles in mind.

The second and third policy suggestions have to do with mechanisms to better monitor fishing practices to prevent overfishing, a serious problem for ocean ecosystems and communities that rely on the fishing industry.

The final proposal has to do with eliminating plastic waste from ending up in the ocean. Currently, eight million tons of plastics enter the ocean every year as a result of human disposal. Much of it decays into micro-plastic particles which enter the food chain and can cause serious harm to animals and humans in the long term.

The authors suggest building a campaign to stop plastic disposal in the oceans modeled off a successful Greenpeace campaign in the 1980s, which prevented the dumping of radioactive and chemical wastes in the ocean. They believe that shining a light on their impacts, as Greenpeace did with radioactive waste in the 1980s, will help move the international community to action.

Parmentier and Rigg acknowledge that it would take an “uncommon degree of international cooperation, conviction, and perseverance” to advance the goals they name, but they remain hopeful, motivated by the scholars and activists who have made real strides in ocean protection in the last 30 years.

The Monaco Blue Initiative gathering is only the first of what they hope will be a series of influential meetings in 2021 that will help make 2021 a “super year” for ocean protection, building off the momentum of the movement to “build back better” from the COVID-19 pandemic.