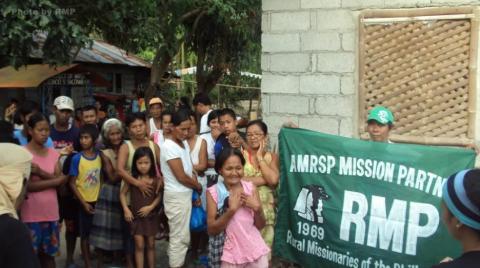 The impunity of human rights violators in the Philippines continues to worsen as killings of, and trumped-up charges filed against, dissenting social movement leaders and religious groups add to the already bloody campaign of the government against drugs. The following article was published in the July-August 2019 issue of NewsNotes.

At the end of 2018, the Philippine Congress approved a request by President Rodrigo Duterte to extend martial law in the southern region until the end of 2019 despite documented human rights violations stemming from its declaration in 2017. Lawyers questioned the extension, stating that the original basis for the declaration was no longer valid.

Martial law was declared by President Duterte on May 23, 2017 after Islamic State group-linked militants laid siege to the Mindanao city of Marawi. After the Philippine military operation to extract the extremists decimated much of the city and left more than 1,200 people dead, state forces shifted their focus to longstanding communist rebels. President Duterte sought the extension of martial law, claiming that the initial declaration had been effective in stifling rebel activities. The president was supported by politicians and businesses alike.

However, civil society groups reported a rise in human rights violations in the first half of the year. Even churches and church organizations were attacked by suspected members of the state forces.

In February, unknown individuals distributed leaflets naming members and staff of the Rural Missionaries of the Philippines (RMP), an organization of women religious from various congregations, priests and lay workers that assists poor farming and tribal communities, and the Iglesia Filipinista Independiente, as members of the communist-led New People’s Army.

In the months following the declaration of martial law, staff of the RMP had already been receiving anonymous threats on their phones. This caused them to close their training center and put several of their projects serving remote indigenous communities on hold.

In March this year, the RMP national office filed a complaint at the Commission of Human Rights after RMP was cited as a ‘front’ of the Communist Party of the Philippines in a report submitted by National Security Council Deputy Director General Vicente Agdamag to the United Nations in February.

But in May, a subpoena was served against RMP-Northern Mindanao sub-regional coordinator Sr. Emma Teresita Cupin, MSM and two other lay workers, accusing them of participating in a military action of the New People’s Army (NPA) in Agusan del Sur, a province in the neighboring region in December last year. They were allegedly seen by members of the Civilian Armed Forces Geographic Unit who were held by the NPA as Prisoners of War.

In a statement signed by national coordinator Sr. Elenita Belardo, RGS, the RMP defended its workers, saying “Sr. Emma is 63 years old, while one of the lay workers, Ritchel Hiogon, was (sic) five months pregnant at that time. Are we supposed to believe that they were involved in attacking a military camp?”

The statement goes on to say, “…more than the absurdity of the case, this step by the government and the military is very dangerous. It unmasks the real essence of Martial law: helping the poor means you put your life and liberty at risk. Follow the teachings of the Church in having preferential treatment of the poor, and the enemies of peace and justice will set their eyes and fangs against you…”

The Rural Missionaries of the Philippines was founded by the Association of Major Religious Superiors of the Philippines in 1969 to address issues of social justice in farming communities. Their work, which included organizing farmers, farmworkers, and fisherfolks to defend their rights, had similarly gained the ire of the government of-then Dictator Ferdinand Marcos. A number of Maryknoll Sisters in Mindanao at the time were active members, some even serving as  coordinator.

Throughout the years, the organization has not shaken off its identification with activists and organizations critical of the government’s policies detrimental to the poor as it continued to work on land rights in rural communities, often going against big businesses and landowners in the country.

In Mindanao, the RMP has a network of schools for indigenous children in areas referred to by the government as ‘rebel hotspots.’ Some of its schools had already been shut down after the declaration of martial law and military attacks on teachers and students, and host communities.

Photo courtesy of Rural Missionaries of the Philippines website.