People of faith respond to threats of attack on Syria 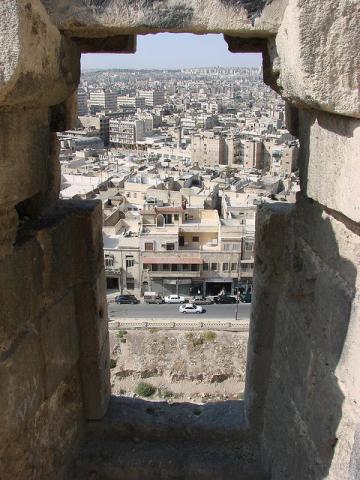 As President Obama brings his case for a military strike on Syria to the U.S. Congress and the U.S. public for their approval, people of faith speak out with a strong voice to oppose the use of violence.

On Saturday, September 7, Pope Francis led a prayer vigil for peace in Syria and the Middle East; it is estimated that 100,000 people attended at St. Peter's Square. (Story from Catholic News Service.)

On September 9, several folks visited the offices of every member of the U.S. Congress and hand-delivered a letter from Marie Dennis, co-president of Pax Christi International. The letter said in part:

A chorus of voices in our Catholic community worldwide – from Pope Francis to the U.S. Conference of Catholic Bishops to leadership of religious communities and organizations – has called on Congress to reject the request of the President to attack Syria. We are deeply troubled that President Obama would undercut the legitimate authority of the United Nations.

The Obama administration has created a false choice between military action and inaction. We insist that effective, nonviolent, legal steps remain that must be taken to reduce the horrific violence, protect the Syrian people and hold perpetrators of the chemical attack to account. These do not include U.S. military action in Syria. They do include the following:

A unilateral military attack on Syria by the United States would reveal a stunning failure of moral imagination and courage on the part of the Obama administration and the U.S. Congress. In the event of a positive vote in Congress, the President himself should decide against military action. To choose a yet-viable multilateral, nonviolent response would be a powerful act of global leadership for the 21st century, maintain the dignity and independence of the Presidency and demonstrate a deep commitment to international cooperation.

Pleading for courage and praying for peace, our communities around the world will be with you as you make this crucial decision.

Please feel free to use language from this letter for your messages to your representative and your senators.

Call your member of Congress and urge him/her to vote against a military strike: The Friends Committee on National Legislation (Quakers) have provided this toll-free number to use for calls to Congress on Syria: 1-855-686-6927.

Thanks to all who joined our Thunderclap

A Thunderclap is a campaign that sends the same email simultaneously from hundreds of Twitter accounts, thereby driving up "trending" topics in the world of Twitter. We set up a Thunderclap with the message: “People of faith say #engage_UN #negotiate #Syria. Create #zones_of_peace #nonviolent_answers_exist. Dont attack Syria http://thndr.it/14yLjtc”

The Thunderclap was sent at 9 AM Eastern Standard Time on Wednesday, September 11; thanks to all who participated.

Continue to use the tweet [People of faith say #engage_UN #negotiate #Syria. Create #zones_of_peace #nonviolent_answers_exist. Don't attack Syria] in any case -- and send it directly to your members of Congress.

"Even in Syria, there are alternatives to war. The only road to peace is dialogue; war will not take us anywhere. I have seen thousands of civilian victims of the violence. We are in need of someone who brings us hope for peace, not a new charge of hatred.” Bishop Antoine Audo of Aleppo, 08/28/13

“My heart is deeply wounded by what is happening in Syria and anguished by the dramatic developments which are looming. I appeal strongly for peace. Never has the use of violence brought peace in its wake. War begets war, violence begets violence.” Pope Francis, 09/03/13

“Will they make us breathe the toxic gases of the depots they hit, tomorrow, so as to punish us for the gases we have already breathed in? A word from Obama? Will the Nobel Peace Prize winner drop his sentence of war onto us? Despite all justice, all common sense, all mercy, all humility, all wisdom?” Trappist nuns from Azeir, Syria, 08/29/13

“Pax Christi International is deeply concerned about the latest events in Syria. While we unequivocally condemn the use of chemical weapons, regardless of who perpetrated the attack, Pax Christi pleads with the nations of the world to recognize the responsibility and authority of the UN Security Council to address this egregious violation of international law and morality and to work with the United Nations to protect – without escalating the violence – the Syrian people. This should be done through urgent diplomatic efforts to stop immediately the flow of arms to both sides and to all militant groups and to bring all stakeholders in the conflict to the negotiating table.  Many states have helped fuel the armed conflict in Syria by sending weapons to the region; now it is time for the International community to cooperate fully on an arms embargo and to unequivocally back dialogue that alone can end the horrific violence. As part of the political solution, serious consideration should be given to deploying an unarmed or minimally armed multinational police force to Syria to begin to secure zones of non-violence in support of Syrians committed to peace.”  Pax Christi International, 08/29/13

“War is still a defeat for humanity. No one questions the obscenity of murdering a thousand people – many of them children – with poison gas, nor the moral indignation that people around the world feel at this atrocity and crime against humanity. What many do question, however, including military veterans in Congress, is the wisdom of a military strike by the U.S. in Syria. The wars in Afghanistan and Iraq also began with military strikes, caused the destruction of hundreds of thousands of Afghan, Iraqi, and American lives, and lasted more than a decade after 9/11. Military strikes are an act of war, and the violence of one strike can spiral out of control into a full-blown war. This is a crucial moment in history – and the U.S. can pursue the path of war, or the path of dialogue and negotiations, of true peacemaking.” Pax Christi USA, 08/31/13

“We have heard the urgent calls of the Successor of Saint Peter, Pope Francis, and our suffering brother bishops of the venerable and ancient Christian communities of the Middle East. As one, they beg the international community not to resort to military intervention in Syria. They have made it clear that a military attack will be counterproductive, will exacerbate an already deadly situation, and will have unintended negative consequences. Their concerns strongly resonate in American public opinion that questions the wisdom of intervention and in the lack of international consensus. U.S. Conference of Catholic Bishops, Letter to Congress 09/05/13

“We need not choose between military action and doing nothing. Like Pope Francis we know that, ‘Never has the use of violence brought peace in its wake. War begets war, violence begets violence.' Only aggressive diplomacy and deliberate dialogue can end the violence and bring about peace in Syria.” Leadership Conference of Women Religious, 09/06/13

“Now more than ever is it time to re-invigorate the plans for peace negotiations. Because 'red-lines' have been crossed, 'credibility' should be maintained by signaling to the world the urgency and our willingness to lead the effort for a peace conference toward both ending the violence and to creating authentic accountability….Rather than increasing hostilities, this is what human dignity and the true "responsibilities of nations" looks like.” Conference of Major Superiors of Men (CMSM), 09/06/13

“We fear that a U.S. military strike not only could cause more bloodshed and destruction for the Syrian people, but it could start a new spiral of violence in the region. There are options beyond the false choice of a military strike or doing nothing in the wake of recent killings.” Sisters of Mercy of the Americas, 09/04/13

“As the world community debates what can or should be done to alleviate that suffering, NETWORK stands strong in our belief that violence is not the solution as it only begets more violence. In this case, bombing will not achieve peaceful goals. Instead, it will invite further retaliation, including against the Syrian people who have already suffered so much. We believe that diplomatic and political solutions, combined with humanitarian aid, are far more effective than military force when addressing crises such as this.” NETWORK: National Catholic Social Justice Lobby, 09/04/13

“Urge Congress: Don't attack Syria. The world community needs to act urgently to bring those responsible for using chemical weapons-and anyone who commits war crime-to a process of restorative justice. But U.S. military action will hurt more than help, increasing hostility, violence, and the risk of more chemical weapons attacks.” Maryknoll Office for Global Concerns, based on a CMSM alert