Pax Christi International in solidarity with the people of Syria 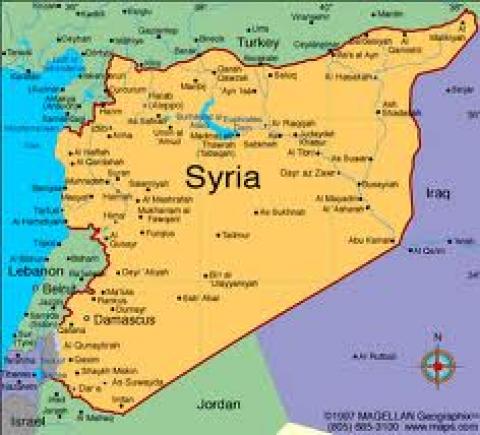 Easter is the central event in the Christian tradition; it is a time to celebrate the victory of life over death. For Christian communities, the certainty of that victory opens an endless source of hope, and it becomes a permanent motivation for those committed as peacemakers.

At the end of both the Lenten season and our fasting campaign in solidarity with the people of Syria, we remain extremely concerned as violence in our sister nation keeps taking numerous human lives because there is no clear path in sight to solve the conflict. As the campaign progressed throughout the Lenten season, we read the news about the increasing number of refugees – over one million people; about the bombing of neighborhoods, universities and places of worship; and even about opposition to dialogue as a conflict-transforming mechanism.

We close our campaign but our solidarity with Syria will not cease. We will keep calling for uncompromising respect for the life of every person, and we will keep condemning every violation of human rights. At the same time, we will be especially attentive to the signs of life coming from Syrians themselves: The nonviolent expressions asking for peace have not all been silenced, and grassroots solidarity is still very alive to address basic human needs of the civilian population – we have heard of cars distributing bread around neighborhoods to avoid the formation of lines which could become military targets. The Syrian people want a just peace, and our voice and our commitment will echo that desire. Peace is still possible.

Soon, a small Pax Christi International delegation will deliver the messages of solidarity received during the campaign and those messages will also be shared in our new website, almost ready to be launched. We are grateful to every person, every family, every community, and every member organization that joined the fast for the Syrian people.

May the Easter season keep increasing our solidarity with those who still experience the cross but remain faithful in their commitment to peace.