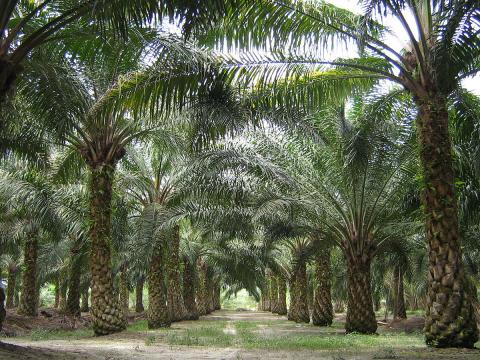 This article is the second in a three-part series examining problems with palm oil production. It was published in the September-October 2018 issue of NewsNotes.

Beyond the health and environmental impacts described in our previous article, palm oil plantations have also had detrimental effects on democracy in a number of countries. Plantation owners have at times gained undue influence with local and even national-level politicians who often run roughshod over environmental laws and use intimidation and violence to remove traditional communities from coveted lands.

Indonesia, where more than half of the world's palm oil is produced, is a prime example of the incredible power that palm oil can wield. The investigative series “Indonesia for Sale,” launched in October 2017 by the Gecko Project, an initiative established by UK-based non-profit Earthsight, documents the corruption driving land grabs and the destruction of tropical rainforests in Indonesia. The first installment describes how “unaccountable politicians carved up other people’s land and sold it to the children of billionaires [and] farms that fed the rural poor were destroyed so that multinationals could produce food for export.”

After the fall of Suharto’s dictatorship in 1998, local politicians called bupatis filled the political vacuum and became powerful figures within their districts. They often used their new decision-making power over the use of land and forests to enrich themselves and family members while building unbeatable political dynasties. Palm oil plantation owners gave large donations to maintain friendly bupatis in power. In return, the bupatis granted the palm oil companies access to lands where traditional families had lived for generations.

The Gecko Project concluded that their findings, based on nine months of investigation, show that “the trade-off – of environmental and social harm for economic growth –  isn’t inevitable or necessary. It’s a consequence of collusive relationships between plantation firms and district chiefs. Palm oil cash has led to the election of politicians who take [sic] decisions in the interests of the industry, increase the area of land ceded to companies and then fail to regulate them.The twin problems of money politics and unbridled oil palm expansion, our investigations show, are inextricably linked and mutually reinforcing.”

Indonesia and Malaysia produce close to 85 percent of the world’s palm oil, but as global demand rises and suitable land in both countries becomes scarcer, companies are on an aggressive global race to open new territories for palm oil production. Peru is one place of interest, due to its large, almost untouched, forests and willing government, or governments, as Peru, like Indonesia years ago, is undergoing a process of decentralization of power. The Environmental Investigation Agency (EIA) released a study of palm oil projects in Peru in 2015 that said the Peruvian government “must ensure that decisions about land use are clear, consistent, and fully in line with all relevant laws and policies.”

In the Philippines, palm oil plantations have denuded the forest in parts of the Palawan region despite its recognition as a UNESCO Man & Biosphere Reserve for its environmental importance. In 2014, John Mart Salunday from Ancestral Land/Domain Watch, a local NGO organizing resistance against palm oil expansion, said “We are witnessing in Palawan a new aggressive land grab, driven by growing global consumption of palm oil, with agribusiness enterprises taking over with the support of complicit government officials while local communities are deprived of critical resources and virgin forest is being felled down.”

African countries are also being targeted for palm oil development. In Cameroon, thanks to documents obtained by the Oakland Institute through a Freedom of Information Act request, we are able to see the international influence of palm oil producers. Internal documents show that U.S. embassy officials pressured the Cameroon government to approve a palm oil project in 2013 for Herakles Farms, a U.S. company, even though they were fully aware of opposition from Cameroonian government representatives and NGOs over serious environmental and social concerns. In a 20-page report revealing the evidence, the Oakland Institute points out that the U.S. lobby for this project is in blatant contradiction with official U.S. policy and goals related to climate change and conservation, and undermines numerous U.S.-financed projects in Cameroon. Promisingly, a lease that was up for renewal in late 2016 has yet to be renewed, indicating that the pressure from the U.S. embassy may not be as influential as in the past.

A common characteristic of the companies that have palm oil projects around the world is an opaque corporate ownership structure that complicates implementing “zero forestation” pledges. Zero forestation pledges allow companies to clear forest provided they replant an equivalent area elsewhere. We will discuss this and other challenges and opportunities to decrease the destructiveness of palm oil in the next issue of NewsNotes.

Photo: A palm oil plantation in Malaysia by Craig - Own work, Public Domain.