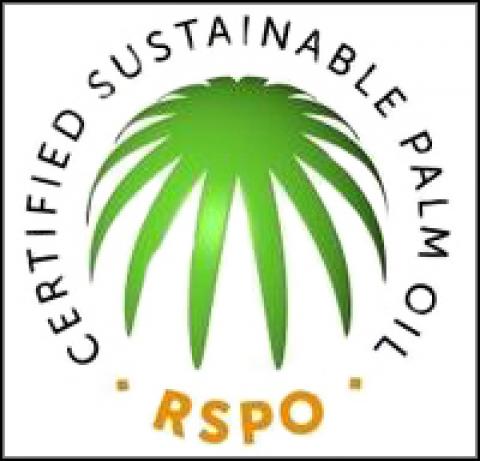 This is third and final article in a series examining problems with palm oil production, published in the November-December 2018 issue of NewsNotes.

Stakeholders have created a number of certification schemes to address social and ecological problems caused by the production of palm oil. Unfortunately, these programs are voluntary and have had little to no effect on slowing deforestation and loss of biodiversity or improving working conditions on plantations. In this final part of the series, we look at these programs and propose ways to improve their effectiveness.

The largest and one of the more effective palm oil certification programs is the Roundtable on Sustainable Palm Oil (RSPO), founded in 2004 by stakeholders ranging from oil palm producers and processors to banks, investors and environmental and developmental NGOs. Though the RSPO certifies more than 2.5 million hectares, this only represents 19 percent of global palm oil production and even that plan is fatally flawed.

Some of the failings of the RSPO described by the Changing Markets Foundation include allowing the conversion of secondary forests (areas of regrowth after initial deforesting) and the draining of peatlands (wetlands important for safe drinking water that minimize flood risks and sequester large amounts of carbon dioxide).

Photo: The Roundtable on Sustainable Palm Oil logo as it appears on hundreds of products.

A 2015 study of the RSPO by the Environmental Investigation Agency found certified operators committing serious breaches of RSPO principles, auditors producing fraudulent reports and failing to identify indigenous land rights claims as well as conflicts of interest between palm oil producers and the auditors.

The following year, Amnesty International investigated Wilmar, the world’s largest processor and merchandiser of palm oil, controlling 43 percent of global production. It found serious human rights violations including “forced labor, child labor, gender discrimination and dangerous working conditions that put the health of workers at risk" on Wilmar plantations as well as its suppliers. Worse, Amensty reports that “the abuses identified were not isolated incidents but due to systemic business practices by Wilmar’s subsidiaries and suppliers,” of which all but one are members of the RSPO.

A final problem with the RSPO is its inability to trace specific batches of sustainable-certified palm oil across the supply chain in most of its schemes. It created two certificate trading programs, GreenPalm and PalmTrace, that allow “manufactures and retailers that produce palm oil products [to] bid for and buy certificates to offset their use of non-certified palm oil.” Yet the Chain Reaction Foundation describes these programs as “a stark expression of the potential ‘greenwashing’ effect of palm oil certification schemes [because] the core principle of these platforms is separating the sustainability claim of a producer or retailer from the actual physical content of the product produced or sold.”

There are other certification schemes such as the Rainforest Alliance Sustainable Agriculture Standard, International Sustainability and Carbon Certification, and the Roundtable on Sustainable Biomaterials (RSB) but they cover minuscule amounts of global palm oil and have many of the same failings of the RSPO. Indonesia and Malaysia have created their own certification schemes (Indonesia Sustainable Palm Oil and Malaysia Sustainable Palm Oil), yet they are the weakest of all and represent a “race to the bottom” with minimal requirements and questionable verification measures.

Two options that are stronger than the RSPO are the Palm Oil Innovation Group (POIG) and the European Union’s Ecolabel. The POIG was founded in 2013 by progressive palm oil producers and NGOs to build upon RSPO standards and promote new ways to address sustainability. One innovation from POIG is the High Carbon Stock Approach, considered by many to be the best methodology for implementing zero deforestation policies. It focuses on protecting areas with the most carbon and biodiversity density and using procedures stronger than Free, Prior and Informed Consent to guarantee the protection and participation of indigenous communities.

The EU’s Ecolabel covers the full life cycle of palm oil (and a host of other products) from extraction of the raw materials to production and transport until its use and disposal or recycling. This is essential to guarantee that end products do not contain unsustainable inputs.

In order to guarantee sustainable palm oil production, the Chain Reaction Foundation report concludes that “the most unambitious schemes – especially those set up by the Malaysian and Indonesian governments – should be abandoned.” Also, governments should stop encouraging the use of biofuels as this increases the demand for palm oil. Certification schemes also need to incorporate indirect land use changes that account for how palm oil competes for land against food production resulting in higher food prices.

Regardless of improvements to voluntary certification schemes, governments need to create policies that include demand-side sustainability criteria for market access to importing countries, or even effective quantity restrictions in order to prevent the expansion of unsustainable palm oil production.