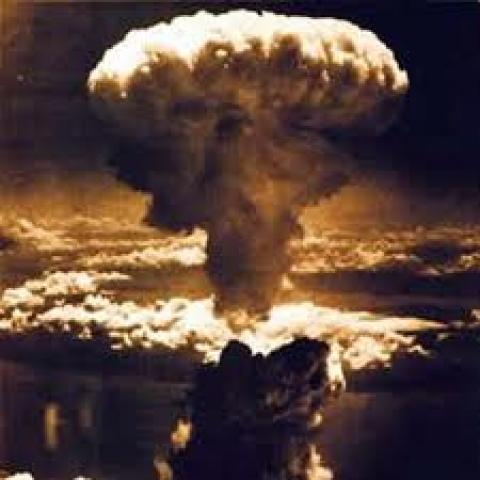 Fifty years ago, the 13 days of the Cuban missile crisis left U.S. residents with a stronger recognition of the danger that nuclear weapons pose to the entire planet. Today, over 20,000 nuclear weapons exist throughout the world. The nuclear posture review by the current U.S. administration can be an opportunity to make progress toward a nuclear weapon free world. The following article was published in the November-December 2012 NewsNotes.

On October 17, 116 local, regional and national organizations (including the Maryknoll Office for Global Concerns) highlighted the anniversary of the 1962 crisis to write a letter to President Obama urging him to use his current review of nuclear policy to move the U.S. program in such a way that it truly makes the world safe from these weapons. The letter also encourages the president to "reduce all forms of nuclear weapons well below the levels required by the New Strategic Arms Reduction Treaty [START], engage the other nuclear weapons states on transparency and nuclear posture, and push for ratification of the Comprehensive Test Ban Treaty."

In the last 50 years progress has been made in reducing stockpiles, limiting testing, and halting much of the development of new weapons, but much work still needs to be done. The letter to the president, organized by the Campaign for a Nuclear Weapons Free World and signed by local, regional and national organizations including faith leaders, environmental groups, elected officials and peace groups representing hundreds of thousands of people, carried one united message – to rid the world of nuclear weapons with the goal of saving billions of dollars, and making the world a safer place.

The letter quotes President Obama’s 2009 Prague statement, when he said that it’s time to "put an end to outdated Cold War thinking," and points out that in "today’s world, nuclear weapons are a liability, not an asset, and the U.S. can maintain its security while taking responsible steps to reduce our stockpile and work with other countries to do the same."

Though signers of the letter do not expect the administration to take any action until after the election, the letter also makes a fiscal argument for eliminating nuclear weapons. "At a time of intense budget pressures in Washington, D.C., and economic struggles around the country, conservative estimates put our spending on the nuclear weapons arsenal at $30 billion a year. It is unwise to continue to invest billions of dollars in weapons we don’t need to keep us safe."

In his September 23 speech to the UN General Assembly, President Obama appeared to provide a hint of his intentions with the review process when he said: "We will complete a Nuclear Posture Review that opens the door to deeper cuts and reduces the role of nuclear weapons."