Nonviolence: A culture, a way of life 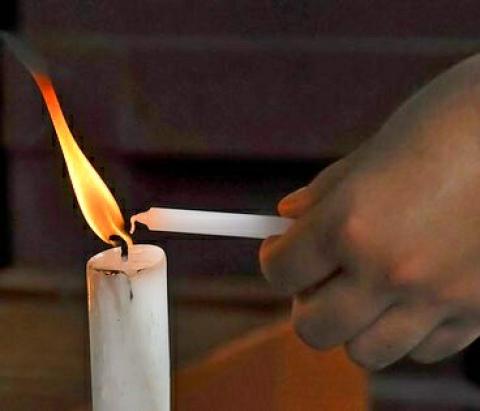 This past April marked the one year anniversary of the landmark Nonviolence and Just Peace conference in Rome. Gerry Lee, Director of the Maryknoll Office for Global Concerns, served as one of the organizers of the conference and has continued to work with members of the Catholic Nonviolence Initiative to promote the vision and practice of active nonviolence at the heart of the Catholic Church. The following article was published in the May-June 2017 issue of NewsNotes.

“A culture of nonviolence is not an unattainable dream, but a path that has produced decisive results.  The consistent practice of nonviolence has broken barriers, bound wounds, healed nations.” —Pope Francis

A lot has happened in the year since that landmark conference in Rome: CNI was instrumental in the crafting of Pope Francis’ World Day of Peace message on nonviolence on January 1, 2017. This was the first official teaching of the Church on nonviolence.

A number of bishops’ conferences around the world have endorsed the final statement of the conference and are promoting active nonviolence in diverse corners of the Church, from South Sudan to Japan to the Philippines to Uganda.

Pope Francis himself has repeatedly spoken of the importance for Catholics to embrace Gospel nonviolence, most recently in a letter to Cardinal Cupich and the Catholics of Chicago, quoted above, where he advocated nonviolence as an effective response to the gun violence that is wracking that great American city.

The Catholic Nonviolence Initiative partnered with the Holy See Mission to the United Nations to present a panel discussion on the Pope’s World Day of Peace 2017 message in March and organized a similar event at the European Union in Brussels in April to illustrate the power of active nonviolence.

Hundreds of religious congregations have endorsed the appeal written by conference participants and many are promoting educational materials, including our Advent and Lenten reflection guides on nonviolence and the World Day of Peace 2017 discussion guide.

A constant stream of workshops on Gospel Nonviolence, the World Day of Peace Message,  and the Catholic Nonviolence Initiative have been held in Uganda, Kenya, Philippines, UK, Belgium, Mexico, United States, Australia, Japan, and many other countries. CNI sponsored a series of four webinars about the practice of active nonviolence, Jesus’ way of Gospel Nonviolence, and to offer examples of the successful practice of nonviolence. You can watch the webinars at https://nonviolencejustpeace.net/webinars/.

Numerous Catholic universities, including Marquette, DePaul, the University of San Diego, and the Louvain have sponsored or are planning conferences on nonviolence, drawing on speakers from CNI.

Maryknoll Magazine, with assistance from the Maryknoll Office for Global Concerns, will feature stories of missioners engaged in active nonviolence in each issue of the magazine in 2017. In the May-June issue of Maryknoll Margazine, Fred Goddard, a returned Maryknoll Lay Missioner and former executive director of the Maryknoll Affiliates, writes about his works with  the Mindanao Peacebuilding Institute in the Philippines, to bring together people of diverse backgrounds, to share and learn peacebuilding skills in a conflict area.

What is new for the Church in all of this is the decisive affirmation of Gospel nonviolence – not only as an effective response to violence, but as a way of life for Christians. By highlighting the rich experience of practitioners of nonviolence in situations of extreme violence around the world, the Church is more actively promoting Gospel nonviolence as an effective alternative to endless wars and vicious cycles of violence.

Pope Francis is  expected to make a small but symbolically significant act to mark this new moment for the Church:  On June 20, the pope is scheduled to visit the small town of Bozzolo in Lombardy, Italy, to pray in private at the tomb of Don Primo Mazzolari, a priest who advocated nonviolence, opposed the Fascists, and protected Jews during World War II, and because of his positions, was silenced by the Vatican.

For advocating a special love for the poor, a simple lifestyle, empowerment of the laity, religious freedom, and “dialogue with those who are far away,” in 1954, Mazzolari was banned from speaking outside his parish and from publishing articles on social issues. The following year, he published an anonymous essay called “You must not kill,” criticizing the doctrine of a just war, arguing that in a nuclear age it was obsolete.  Many of Father Mazzolari’s positions anticipated the views of the Second Vatican Council. Just before his death in 1959, Father Mazzolari was recognized by Pope John XXIII as the “trumpet of the Holy Spirit” in Lombardy.

We, too, can embrace the ‘culture of nonviolence’ and make it a part of our daily lives. For Pope Francis, active nonviolence is not just a proven strategy but a spirituality, based on the Beatitudes and in solidarity with our enemies, recognizing God’s presence in each of us. In his World Day of Peace message the pope prays “May we dedicate ourselves prayerfully and actively to banishing violence from our hearts, words and deeds, to becoming nonviolent people and to building nonviolent communities that care for our common home.”

Adopting this ‘culture of nonviolence’ as our way of life is difficult, especially when it calls on us to love our enemies and to seek ways to reconcile with opponents who are denying our basic human rights, or worse. In the United States, we are contending with a hostile political climate where nationalistic and violent rhetoric is common, and abusive language against Muslims, women, and people of color is too often accepted, even by our president.  How then, do we engage with our elected officials or others who disrespect or attack us, our neighbors, or our deeply held values?

The challenge for us is to oppose unjust policies that harm the poor, the immigrant, Muslims or those of other faiths but, at the same time, to embrace the humanity of the politician or fellow American who espouses bigoted, hateful, or harmful positions.

In a thoughtful reflection on the spirituality of nonviolence during the campaign against nuclear weapons in the 1980s entitled “Civil Disobedience as Prayer”, veteran peace activist Jim Douglass wrote of this challenging truth of active nonviolence:

“…[U]nless we accept deeply the spirit of nonviolence, we can end up waging our own form of war and contributing to the conclusion we see to overcome . . .A spiritually based nonviolence, one that truly seeks change from within, has to engage deeply the spirits of both sides of a conflict . . . Our hope should not be for any strategic victories over such representatives of the state but rather loving, nonviolent relationships with them in the midst of our arrests, trials, and prison sentences . . .”

Douglass echoes Thomas Merton who suggested that in defining the other as evil, external to us, we end up deepening and hardening its presence in ourselves, in our ego.  “There is no evil exclusively out there, over us.”

In a similar way, the spiritual writer Henri Nouwen describes the struggle to humanize our opponent instead of demonizing him or her in terms of accepting our personal responsibility for the structures of evil:

“As peacemakers we must have the courage to see the powers of death at work even in our innermost selves.  We find these powers in the way we think and feel about ourselves.  Yes, our most intimate inner thoughts can be tainted by death.  When I reflect on my own inner struggles I must confess that one of the hardest struggles is to accept myself, to affirm my own person as being loved, to celebrate my own being alive.”

Gospel nonviolence acknowledges that God can transform even the most hardened and hateful opponent. This love, in reality, as Dorothy Day famously said, can be a “harsh and dreadful thing,” and difficult for us to accept.  It is, Douglass writes, “not an act of defiance but an act of obedience to a deeper, interior will within us and within the world which is capable of transforming the world.  ‘Thy kingdom come, thy will be done.’”

Thomas Merton, who Pope Francis celebrated in his speech to Congress in 2015, seems to speak directly to us in this time, as we struggle not to despair at the venom and demagoguery in our political discourse: “We have to have a deep, patient compassion for the fears and irrational mania of those who condemn us.”§