Nonviolence: A commitment to a way of life 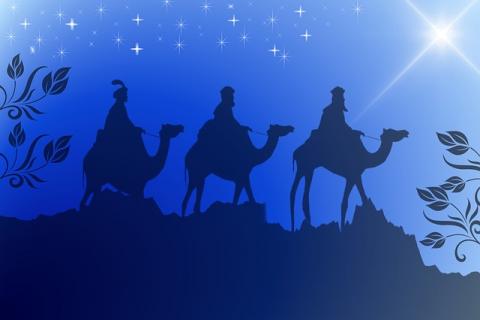 On December 19, at a roundtable of the Catholic Nonviolence Initiative (CNI), sat ten unassuming artisans of peace. This was not the fabled roundtable of King Arthur where warrior knights sat as equals with the King defending Christendom by the sword. These ten activists’ strength is found in the practice of active nonviolence, not swords or guns; and their commitment not to a patriarch, a mythic King, or one nation’s flag, but to the global common good, to care for creation and to a vision articulated by Pope Francis in last year’s World Day of Peace message:

“May we dedicate ourselves prayerfully and actively to banishing violence from our hearts, words and deeds, and to becoming nonviolent people and to build nonviolent communities that care for our common home. Nothing is impossible if we turn to God in prayer. Everyone can be an artisan of peace.”

Reflecting together on the situations of extreme violence which they confront in their work, the ten members of CNI’s “roundtable number four” meet virtually via Zoom and Skype from their homes in Palestine, Pakistan, the Philippines, Ecuador, Zambia, Belgium, Holland, Guatemala and the U.S. Their task for 2018 is to make recommendations to the Vatican on how to integrate active nonviolence into all levels of the Church.

In “Pilgrimage to Nonviolence” Dr. Martin Luther King said, “Living through the actual experience of the protest, nonviolence became more than a method to which I gave intellectual assent; it became a commitment to a way of life. Many issues I had not cleared up intellectually concerning nonviolence were now solved in the sphere of practical action.”

The roundtable meeting in December began with a guided meditation on cultivating a personal commitment to nonviolence as a way of life, led by Kevin Carroll from the Maryknoll Office for Global Concerns. Some members of the roundtable who prefer not to be fully identified in this article due to concerns for their safety, responded by sharing updates from the conflict zones in which they live and work.

From Guatemala, Nate reported on the violent repression and uncertainty in neighboring Honduras after the disputed presidential election. From Jerusalem, Nora reported that Palestinians in the occupied city are remaining nonviolent and steadfast in the face of anger and outrage at the Trump administration’s decision to move the U.S. embassy to Jerusalem. At the same time Nora expressed solidarity and prayerful support to Father Bonnie in Pakistan as he deals with the aftermath of the suicide bombing of a Methodist church in the western Pakistani city of Quetta on December 17 that left 9 dead and 57 injured.

Father Bonnie asked Loreta in the Philippines to share her view of the Church’s response to Philippine government’s extrajudicial killing of thousands of suspected drug users and dealers. From Manila, Loreta replied that many Catholics have participated in nonviolent demonstrations, marches, and social media campaigns as well as proactive campaigns such as drug rehab programs.

In the light of these and other distressing situations the roundtable participants discussed that morning – including South Sudan, Zimbabwe, the DRC and the United States – Nora from Jerusalem asked: “Who is going to ensure that humanity remains human?” The world is in such a state, she explained, we are left wondering where do we go from here?”

After a pause, she responded softly to her own question: “We must keep following the Star of Bethlehem.”

These are a few of the nearly one hundred voices of veteran practitioners of active nonviolence that are sharing their spirituality as well as their practices with the Catholic Nonviolence Initiative through a structure of five roundtables meeting around the globe. By the end of Summer 2018, they will each produce a set of recommendations to be offered to the Vatican on aspects of Gospel nonviolence that they hope Pope Francis will address in an encyclical on nonviolence and just peace. Their dedication and deep sense of prayer inspire us to persist with hope in spite of discouraging world events, to “keep following the Star of Bethlehem.”

Faith in action:
All are invited to endorse "An appeal to the Catholic church to re-commit to the centrality of Gospel nonviolence," the document which launched the Catholic Nonviolence Initiative. Add your name and share with others. http://bit.ly/PaxChristiGospelNonviolence.