No longer slaves, but brothers and sisters 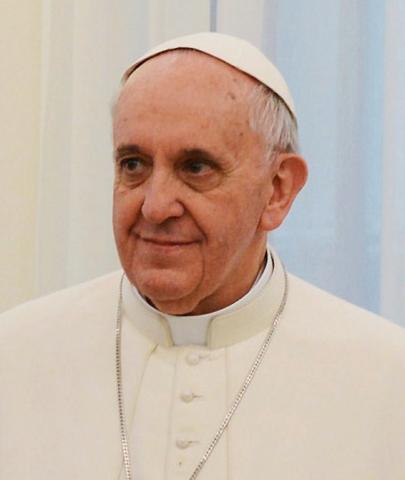 Pope Francis’ address for the World Day of Peace, January 1, was a strong condemnation of the various systems of slavery that deny our shared humanity. Following are excerpts, published in the January-February 2015 NewsNotes; read the entire piece here:

"Today, as the result of a growth in our awareness, slavery, seen as a crime against humanity, has been formally abolished throughout the world. The right of each person not to be kept in a state of slavery or servitude has been recognized in international law as inviolable.

"Yet, even though the international community has adopted numerous agreements aimed at ending slavery in all its forms, and has launched various strategies to combat this phenomenon, millions of people today … are deprived of freedom and are forced to live in conditions akin to slavery." He mentions laborers who lack protection – men, women, children, in domestic, agricultural, manufacturing or mining industries, in all nations – and migrants who face grueling journeys at the very least, sex slaves, forced soldiers, and those kidnapped by terrorists, to name just a few.

The pope lists causes for modern slavery, the first being poverty, underdevelopment and exclusion, especially when combined with a lack of access to education or scarce employment opportunities. Second is corruption. "Slave labor and human trafficking often require the complicity of intermediaries, be they law enforcement personnel, state officials, or civil and military institutions." The final ones he cites are armed conflicts, violence, criminal activity and terrorism.

Pope Francis then raises up the "enormous and often silent efforts which have been made for many years by religious congregations, especially women’s congregations, to provide support to victims. These institutes work in very difficult situations, dominated at times by violence, as they work to break the invisible chains binding victims to traffickers and exploiters."

This work cannot be limited to religious congregations, he writes. "There is also need for a ... commitment on the institutional level: to prevention, to victim protection and to the legal prosecution of perpetrators. Moreover, since criminal organizations employ global networks to achieve their goals, efforts to eliminate this phenomenon also demand a common and, indeed, a global effort on the part of various sectors of society.

"States must ensure that their own legislation truly respects the dignity of the human person in the areas of migration, employment, adoption, the movement of businesses offshore and the sale of items produced by slave labor. There is a need for just laws which are centered on the human person, uphold fundamental rights and restore those rights when they have been violated. Such laws should also provide for the rehabilitation of victims, ensure their personal safety, and include effective means of enforcement which leave no room for corruption or impunity. The role of women in society must also be recognized, not least through initiatives in the sectors of culture and social communications."

He also notes that intergovernmental organizations must "coordinate initiatives for combating the transnational networks of organized crime which oversee the trafficking of persons and the illegal trafficking of migrants. Cooperation is clearly needed at a number of levels, involving national and international institutions, agencies of civil society and the world of finance.

"Businesses have a duty to ensure dignified working conditions and adequate salaries for their employees, but they must also be vigilant that forms of subjugation or human trafficking do not find their way into the distribution chain. Together with the social responsibility of businesses, there is also the social responsibility of consumers. Every person ought to have the awareness that ‘purchasing is always a moral – and not simply an economic – act.’"

Toward the end of his statement, the pope reminds us of Sudan’s Josephine Bakhita, who was kidnapped and sold into slavery sometime between the age of seven to nine, probably in February 1877. She is "an exemplary witness of hope for the many victims of slavery; she can support the efforts of all those committed to fighting against this ‘open wound on the body of contemporary society, a scourge upon the body of Christ.’"

"We know that God will ask each of us: What did you do for your brother?" he writes at the conclusion of the statement. "The globalization of indifference, which today burdens the lives of so many of our brothers and sisters, requires all of us to forge a new worldwide solidarity and fraternity capable of giving them new hope and helping them to advance with courage amid the problems of our time and the new horizons which they disclose and which God places in our hands."