New and old in Africa 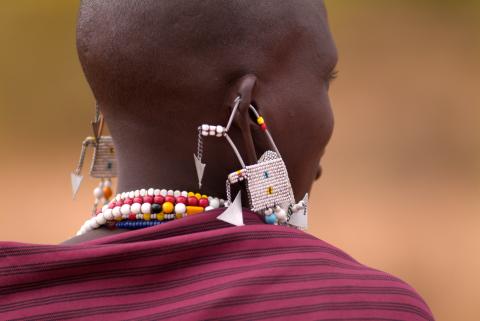 This summer’s U.S. media coverage of events in Africa was dominated by President Obama’s second official trip to the continent of his father. During his short visit he unveiled a proposed energy program called the Power Africa initiative and spoke eloquently about the new orientation of his administration’s foreign policy towards Africa. The following reflection was written by Fr. Dave Schwinghamer, a Maryknoll missioner who spent many years in East Africa; he recently joined the staff of the Maryknoll Office for Global Concerns.

Obama’s outreach to Africa parallels -- and some would say attempts to counter -- China’s entry into a continent that is seeking a new place in the world. There are now over one billion people in Africa. Forty percent are under 14 years old. Africa has 80 percent of the 250-800 million hectares of arable land considered to be "available" for agribusiness ventures. Several Asian countries are already investigating such opportunities. This new interest in Africa by outside "partners" has led some to speak of "Africa’s moment" and others to claim we are entering the golden age of hydrocarbons in Africa.

At the same time, several old conflicts in which the U.S. has a deep interest continued to rage on without much attention from the present administration. In Darfur, eastern Democratic Republic of the Congo and Zimbabwe, deep and persistent communal divisions continued to be the order of the day.

In Darfur the UN believes 300,000 people have been displaced in the first five months of 2013. Human Rights Watch reports on much destruction of villages in Central Darfur. The government of Sudan’s president Omar al-Bashir continues to use Russian-made planes to drop crude bombs on the Jebel Mara area. Recently Eric Reeves reported that in the last two years, 500,000 people have been displaced in Darfur. While the new policy statement, "U.S. Strategy towards Sub-Saharan Africa," claims that the U.S. has been the world’s leader in responding to humanitarian crises, some analysts claim that the policies of the present administration have hardly matched the statement’s rhetoric. The shift in policy -- in which the issue of state sponsored terrorism was separated from the conflict in Darfur -- sent a message, according to Reeves, that the northern government could resume its deadly attacks on Darfur citizens.

In the eastern Democratic Republic of the Congo, an old conflict smoldered on as the government’s army tried to defeat various militias such as the M23 group. The U.S. State Department has appointed former Wisconsin senator Russ Feingold to be a Special Envoy for the African Great Lakes area and the Democratic Republic of the Congo. In Congress, Rep. Karen Bass (D-CA) introduced a House Resolution with a provision aimed at curbing "all forms of support to the M23 rebel by governments of the Great Lakes region" (read Rwanda), and urges the Obama administration to "… address support provided to militias operating in the DRC by foreign governments and entities."

In Zimbabwe a really old president once again outmaneuvered his opposition and won yet another presidential election. According to a report by the Zimbabwe Election Support Network (ZESN) the credibility of the 2013 Harmonized Elections is seriously compromised by a systematic effort to disenfranchise an estimated one million voters. The ZESN estimates that over 700,000 urban voters were missing from the voter registration rolls. Yet, both the Southern Africa Development Community (SADC) and Africa Union have given their blessing to the re-election of Robert Mugabe. At their 33rd Summit on August 17-18, SADC leaders noted with satisfaction the holding of free and peaceful harmonized elections on July 31, 2013. The Summit even commended the government and people of Zimbabwe for the peaceful manner in which elections were conducted. SADC leaders reiterated their call for the lifting of all forms of sanctions hitherto imposed on Zimbabwe.

The U.S. government’s assessment of the elections was not so positive. At a recent State Department press conference press secretary Jen Psaki declared that "the United States stands by our assessment that these elections, while relatively peaceful, did not represent a credible expression of the will of the Zimbabwean people due to serious flaws throughout the electoral process…." and announced that "a change in U.S. sanctions policy will occur only in a context of credible, transparent, peaceful reforms that reflect the will of the Zimbabwean people."

Africa is not heading towards redemption or collapse. The new and the old exist side by side. Much of the current thinking about Africa is based on simplistic and out of date frameworks from the mid-twentieth century. New perspectives on Africa and new ways of organizing society, economics and politics are arising in Africa and are being developed by African people. It is to these ideas, practices and people that we should direct our attention if we want to understand Africa’ future development.