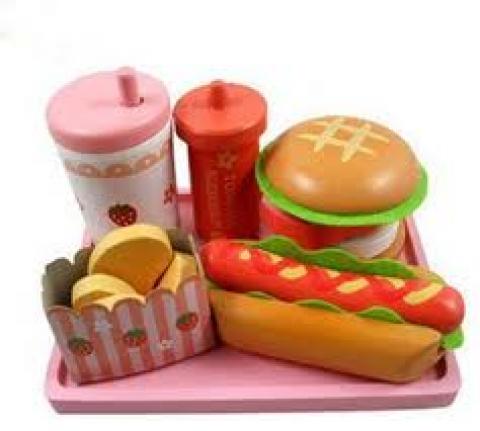 The industrialization of agriculture and subsequent explosion in the availability of low cost, low-quality, calorie-dense foods (not to mention a more sedentary lifestyle) have fueled the U.S. obesity epidemic over the past 20 years. The U.S. now claims first place worldwide for the highest percentage of overweight and obese people in its population; Mexico, with a population that has experienced a 12 percent increase in being overweight or obese between 2000 and 2006, is in second place. With the rise of a global obesity epidemic, and the saturation of "food environments" of poorer countries with the same low-quality, calorie-dense foods, governments and public health experts are facing a dilemma: Where once chronic hunger and malnutrition were the dominant food-related concerns, rising rates of non-communicable chronic diseases related to obesity now demand greater attention. Experts are beginning to look at the link between the industrialization of agriculture in wealthier countries and the free trade agreements that export these "food environments" to poorer countries.

A new report by the Institute for Agriculture and Trade Policy (IATP) in the latest issue of the Journal of Occupational and Environmental Health examines the link between the industrialization of agriculture in the U.S., and the liberalization of trade and investment rules in the North American Free Trade Agreement (NAFTA) and its ensuing effects on Mexican food environments and obesity trends.

IATP's report names three crucial results of the industrialization of U.S. agriculture and the consequent overproduction and depressed value of commodities, particularly corn and soybeans. First, lower prices attracted livestock and dairy producers to begin using these commodities as feed—meat and dairy producers are now the largest end users of corn and soybeans—and inspired novel derivative products like high fructose corn syrup from corn, and hydrogenated vegetable oil from soybeans. These new and, most importantly, inexpensive derivative products led to the proliferation of a "plethora of processed foods, usually relatively dense in calories but low in nutritive value," according to the report. Second, overproduction and lowered domestic prices led the U.S. to seek new export markets for these commodities. This practice of "dumping" U.S. grains (and more recently meat) undercuts domestic production in countries like Mexico. Third, a defining aspect of the globalization of agriculture has been the "increase[d] movement of food-related capital, technology, goods and services throughout the globe."

The passage of NAFTA in 1991, the report notes, essentially created an "obesogenic environment" in Mexico. Agricultural trade flows since the passage of NAFTA have generally trended towards an increase in seasonal fruits and vegetables flowing north and an increase in inexpensive commodity crops, livestock, and low-quality, calorie-dense snack foods and soda products flowing south. For example, corn exports have quadrupled since the passage of NAFTA, and the average annual sales of snack foods increased by 38 percent from 1999-2001; the U.S. controls more than 98 percent of the import market for snack foods in Mexico. These new Mexican food environments created by the increased export of low quality, processed foods from the U.S. to Mexico have in turn amplified the demand for foods low in nutrition.

In addition, the report notes the profound impact of NAFTA's liberalization of investment rules and promotion of foreign direct investment (FDI), which led to U.S. agribusiness investment "across the spectrum of Mexico's food supply chain," expediting the industrialization of Mexican agriculture. The liberalization of FDI also led to a massive expansion of U.S.-based fast food companies and large food retailers into Mexico: McDonald's now has more than 500 points of sale, and Mexico is the largest regional market for Yum! Brand Inc. (owner of KFC, Pizza Hut, Taco Bell and Long John Silver's). Similarly, Wal-Mart stores grew from 114 to 561 between 1993 and 2001.

In total, the coupling of increased low-nutrition, calorie-dense exports and massive amounts of FDI from the U.S. to Mexico, enabled by NAFTA, represents the exportation of an unhealthy U.S. food system to Mexico, and the rise in overweight and obesity rates and the chronic disease that accompany it. IATP's report offers three recommendations moving forward:

According to the report, officials are beginning to take notice: In 2002 the World Health Organization and the World Trade Organization secretariats undertook a joint study to examine the issue. Domestically, the American Public Health Association, American Medical Association and American Dietetic Association have published statements supporting healthy food systems and trade systems. While these are encouraging developments, it is clear there is much work to be done in order get these new considerations incorporated into existing and future trade agreements.