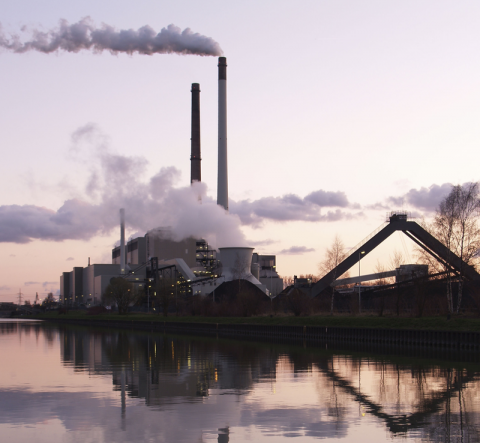 The following article, published in the September-October 2014 NewsNotes, was prepared by Richard Coaxum, who was an intern with the Maryknoll Office for Global Concerns from June-August 2014.

As the global community begins to recognize the dangers of climate disruption, some industrialized nations are starting to implement policies to help alleviate some of the stress put on our planet. A few examples of the different mechanisms and their effectiveness are below.

The Canadian province of British Columbia (BC) implemented a carbon tax in 2008 with the support of the business community and environmentalists. The tax began at $10 per metric ton of CO2 and other greenhouse gases and increased at a rate of $5 per year up to a cap at $30 per metric ton reached in July 2012. At the tax’s launch, all BC residents received a Climate Action Dividend which was a one-time payment of $100. The government also provides a Climate Action Tax Credit (CATC) to assist low-income residents. The CATC awards $115.50 for each parent and $34.50 for each child annually.

The carbon tax has been so successful in BC due to its revenue neutral design, meaning that the money gathered from the tax is then returned to the populace via tax breaks. Since its implementation in 2008 the carbon tax has generated roughly $1 billion a year in revenue with most of that money returned to the populace in the form of personal tax breaks and business tax cuts.

BC’s carbon tax is proving successful in raising revenue, dropping refined petroleum consumption by 17 percent since its inception, and reducing CO2 emissions by six percent over the course of five years (2007-2011).

Australia took a different approach; its tax was aimed squarely at the country’s top 348 carbon producing companies, most of which are in the fields of mining and electricity. Unfortunately, since the companies were not required to pay for their pollution from their bottom line, they passed the cost on to consumers. Widespread opposition to higher energy prices forced legislators to repeal the tax on July 17, 2014.

In 2005, the European Union implemented a cap and trade method, the Emissions Trading System (ETS), as an alternative to a carbon tax. Lauded by business communities as a viable option to help combat climate change, the EU ETS provided industry workers a great deal of flexibility in implementing changes. It has grown to become one of the main tools of the EU’s climate policy expanding to cover 11,000 factories, power stations, and other installations which had a net heat exceeding 20 megawatts.

However, it has come under fire for its failure to create the desired envisioned change. Designed to set an overall cap on carbon emissions for roughly half of the industries in Europe, the EU ETS allowed companies under its jurisdiction a regulated amount of pollution permits which could be traded from company to company, while slowly lowering the cap and number of permits, effectively making carbon more expensive.

The program, however, has failed. According to The Economist in April 2013, "Partly because recession has reduced industrial demand for the permits, and partly because the EU gave away too many allowances in the first place, there is massive overcapacity in the carbon market. The surplus is 1.5 billion-2 billion tonnes, or about a year’s emissions. Prices had already fallen from €20 ($30) a tonne in 2011 to €5 a tonne in early 2013."

Furthermore, the structure of decision-making in the EU hampers efforts to reform the EU ETS since all 27 countries would need to agree on said changes as well. The flexibility that the program provided ended up being its downfall as it failed to raise the cost of carbon.

These examples have served as policy incubators for the world on how best to address greenhouse gas emissions. So far, the BC carbon tax has been the most effective program to regulate carbon with its revenue-neutral mechanism and tax credits for low-income residents.