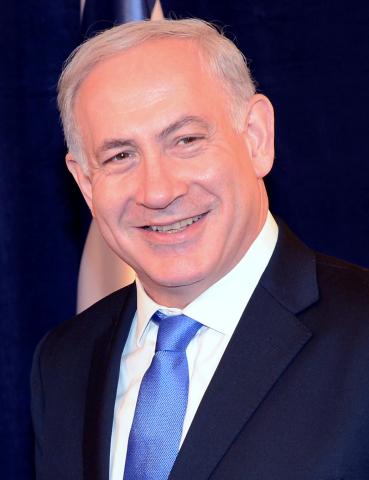 The following articles focus on Benjamin Netanyahu's address to a joint session of Congress, March 3, 2015.

1) No, Mr. Netanyahu -- you do not speak for American Jews

The following ad, signed by over 2,600 people, appeared in The New York Times on March 3 and on March 4 in The Hill newspaper (read in every Congressional office and in the White House). It was written and circulated by Rabbi Michael Lerner, editor of Tikkun magazine.

Most polls indicate that a majority of American Jews (and most non-Jews) support President Obama’s attempt to negotiate a settlement that would prohibit Iranian development of nuclear weapons rather than the Netanyahu approach of undermining those negotiations.

Most polls indicate that a majority of American Jews oppose the expansion of West Bank settlements that Netanyahu favors and support the creation of an independent Palestinian state living in peace with Israel.

Israeli Prime Minister Netanyahu’s attempt to shape American foreign policy toward Iran is unwelcome. A poll in February showed 62 percent of Americans opposed the way that the Republican leadership had invited Netanyahu to speak. Choosing to make his American visit a few days ahead of Israeli elections lead some to suspect that his visit is a tactic to help build support for his political party. …

So we oppose the efforts of some in Congress and the Netanyahu faction in Israel who together seek to derail negotiations with Iran. We who sign this ad (the full list can be read here) are American Jews and our non-Jewish allies who oppose any attempt to drag the American people into another war. We remember the way that the Bush Administration lied us into a war with Iraq by providing false information about a non-existent threat of Iraqi nuclear weapons. We do not need a repeat of that scenario as militarists in Israel and the U.S. once again use the fear of non-existent nuclear weapons to manipulate us into another war. It is not in the interests of the U.S., Israel or the people of the world. …

2) White House to Netanyahu: You created the crisis, you fix it
Barak Ravid, Ha’aretz, March 5, 2015

Though the administration won't say so directly, U.S. officials hint replacing Ambassador Ron Dermer is key to mending ties. Prime Minister Benjamin Netanyahu’s speech to the U.S. Congress is over and the applause has faded, but the crisis In relations between Israel and the United States is still on, perhaps even more so than before.

Senior U.S. officials made clear after the speech that the White House sees Netanyahu as the one who created the current crisis, and so if he is reelected, the responsibility for repairing the breach will be his.

During his address to the convention of the pro-Israel lobby AIPAC on Monday, as well as during his speech to the joint session of Congress, Netanyahu tried to send signals of calm and reconciliation in U.S. President Barack Obama’s direction. Nevertheless, senior White House officials considered the attempts too little, too late. Obama’s associates seem to have identified a Netanyahu behavior pattern – first he attacks and creates a crisis, then he rolls his eyes and praises Obama publicly. …

Although White House officials don’t say so explicitly, they seem to imply that one way to repair the relations between Netanyahu and Obama would be to replace Israel’s ambassador to Washington, Ron Dermer. The latter is seen as an instigator who concocted Netanyahu’s Congress speech behind Obama’s back with John Boehner, the Republican speaker of the House of Representatives. …

In his Congress address on Iran, Netanyahu failed to mention the one thing that endangers Israel's ability to survive as a Jewish and democratic state. Prime Minister Benjamin Netanyahu’s speech to the U.S. Congress on [March 3] brought the humbug that has characterized all the candidates in this election to a climax. All of them are ignoring the real existential threat to Israel and its ability to survive as a “Jewish and democratic state”: the unending occupation of the territories. Israel’s insistence on ruling over millions of Palestinians in the West Bank who lack civil rights, expanding the settlements and keeping residents of the Gaza Strip under siege is the danger that threatens its future.

Israel is mortgaging its national resources to maintain a dual regime of democracy for Jews and apartheid for Palestinians. But the illusion that the occupation is comfortable and quiet, and that most Israelis are isolated from it, is fated to explode. …

4) Somebody needs to tell the New York Times: Israel has the bomb
Barbara Erickson, Timewarp, March 2, 2015

The New York Times has had plenty to say about Iran and nuclear ambitions recently—in op-eds, editorials and news stories; in reports on negotiating sessions and in articles about Israeli Prime Minister Benjamin Netanyahu’s coming speech to Congress, at which he will raise the alarm about Iran’s ability to produce a bomb.

In all these venues—opinion pieces and news accounts—one element of this story is taken for granted: A nuclear proficient Iran would be a threat and cannot be allowed. As Israeli politician Isaac Herzog wrote in a Times op-ed published this weekend, “If [Iran] goes nuclear, the Middle East will go nuclear, putting world peace itself in jeopardy.”

Yet, in spite of all the words devoted to this issue, a major piece of information is missing: The Middle East has already gone nuclear. Israel has had the bomb since 1967 and is counted as the world’s sixth nuclear state, with a stockpile of weaponry possibly equal to that of France and the United Kingdom. …

The opinions expressed in the articles below are the authors' alone. Their inclusion is solely for informational purposes and does not constitute an endorsement by FMEP.

Netanyahu did President Obama a big favor, Matthew Duss, Slate – “Netanyahu had the chance [on March 3] to offer a better plan, with the whole world watching,” writes Matthew Duss. “He failed miserably, and in so doing demonstrated conclusively that there isn’t one. To the extent that this buttresses the Obama administration’s case for a deal—and it certainly should—the American people should be grateful to him.”

President Obama, Netanyahu differ over how to keep nuclear weapons out of Iran, Mitchell Plitnick, New York Daily News – “Most of the world agrees that Iran must be prevented from obtaining a nuclear weapon,” writes Mitchell Plitnick. “President Obama and Israeli Prime Minister Benjamin Netanyahu differ over how to accomplish that goal.”

Netanyahu changed nothing, Dan Kurtzer, Politico – “Netanyahu’s visit to Washington was neither the triumph he expected nor the disaster forecast by opponents of the visit,” writes Dan Kurtzer. “Indeed, the visit shed no new light on the supposedly central issue of the day: the state of play in the Iran negotiations.”

Mr. Netanyahu's unconvincing speech to Congress, The New York Times – “Mr. Netanyahu’s speech offered nothing of substance that was new, making it clear that this performance was all about proving his toughness on security issues ahead of the parliamentary election he faces on March 17,” writes The New York Times editorial board. “He offered no new insight on Iran and no new reasons to reject the agreement being negotiated with Iran by the United States and five other major powers to constrain Iran’s nuclear program.”

Netanyahu's Congress speech: An election stunt, after all, +972 Magazine – “Netanyahu didn’t offer any new thinking on Iran, but he might have succeeded in regaining control over elections that were slipping away from him,” writes Noam Sheizaf.