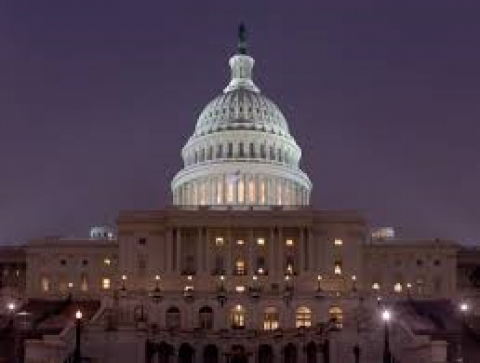 Leaders of some of the faith groups spoke out during a telephone press conference on February 17:

According to Sister Simone Campbell, Executive Director of NETWORK, A National Catholic Social Justice Lobby, “Catholic sisters in many countries have seen firsthand the devastating effects of trade agreements signed only to increase corporate wealth and power. People and the environment deserve the protection afforded by careful deliberation at the negotiation table, where all voices can be heard. It’s a matter of justice.”

“Congress must not set aside its responsibility to carefully and thoroughly review trade agreements, to hold hearings and receive input from constituents, and to amend the agreements, if necessary. All of these essential oversight duties would be prohibited if fast track were to pass,” said Edith Rasell, Ph.D., Minister for Economic Justice, United Church of Christ.

Gerry Lee, director of the Maryknoll Office for Global Concerns said: “Our faith tradition calls us to the side of those who are most impoverished. In countries around the world, Maryknoll missioners have witnessed economic alternatives that are more respectful of the local reality, more attentive to the real needs of local communities, both urban and rural, and often more environmentally sustainable than plans made at tables of power. The real needs of impoverished nations, peoples and their environment must be considered in a serious review of the most fundamental rules of trade. We believe that this broken world, so sharply divided between those who are rich and those who are poor, will be a better place if we listen with care to voices from the margins. We commit ourselves to this task and call the powerful decision-makers to do the same.”

An audio transcript of the call is available in MP3 format here.

Other religious leaders also commented prior to the call:

Eli S. McCarthy, Ph.D., Director of Justice and Peace, Conference of Major Superiors of Men: “Christ lifts us to challenge the structures of injustice. Our NAFTA and CAFTA trade agreements have created significant harm for many poor. Thus, we must engage extensive, reflective, and transformative public debate by avoiding any ‘fast track’ to the TPP.”

Diane Randall, Executive Secretary, Friends Committee on National Legislation: “As a Quaker organization, our faith tradition leads us to recognize God in each individual. We support trade policies that are beneficial to all countries and peoples, especially the poorest among us. The Friends Committee on National Legislation opposes fast track trade promotion authority for the current trade agreements being negotiated because fast track is a fundamentally undemocratic process that will not care for Creation or vulnerable communities.”

Rabbi Shai Cherry, Ph.D., Director of Shaar Hamayim: A Jewish Learning Center: “One of the grammatical peculiarities of the Torah that is lost in English translation is that the commandment to build an ark for the Torah was given in the plural, while the rest of the instructions for the tabernacle's furnishings were given in the singular (Ex. 25:10). Anyone can add a flourish, a detail here and there. But the ark is what carries the Torah, the foundation for a just life, and that requires broad participation. Fast tracking legislation that touches on the very fundamentals of our system of justice, similarly, requires broad participation. Legislation, like the Torah, expresses in concrete terms our deepest values. Our American patriarchs have ensured that such legislative processes are transparent. Fast tracking is the method of despots not democracies.

Scott Wright, Director of the Columban Center for Advocacy and Outreach: "Columban missionaries have witnessed the negative impact of free trade agreements on the marginalized communities they serve throughout the world. Our faith calls us to community participation, and by allowing Fast Track for the TPP, the concerns of God's most poor and vulnerable people will remain unheard."

TEXT OF THE LETTER TO MEMBERS OF CONGRESS (available in PDF version here):

As religious bodies and faith-based organizations, we write today to ask you to oppose fast track trade promotion authority for any trade agreement currently being negotiated. Now is the time for Congress to ensure that our trade policies reflect the highest moral values and promote the common good. We ask that you oppose fast track so that trade agreements receive a fair hearing in the public square, protect people living in poverty, promote the dignity of all workers, and responsibly protect God’s Creation.

Trade must be mutually beneficial to all countries and peoples, particularly those living in marginalized communities, not just the wealthy. We are living in a time of significant global inequality, and trade policy must be aimed at promoting the well-being of all. Given the world’s wealth, it burdens our collective conscience that hundreds of millions of people in our global community lack adequate food, clean water, shelter, healthcare and education. Many of our partners throughout the world witness the impact of harmful trade agreements on the people we serve. We see children who can’t receive life-saving medicines because they are too costly and rural farmers who lose their livelihoods because their corn can’t compete with imports from industrialized countries.

Our faith traditions call for community participation in the democratic process because we believe this is the only way to ensure all people have a meaningful opportunity to participate in the creation of good policies. “Fast track” is a broken and undemocratic process because it privileges the views of powerful global corporations in defining the terms of trade agreements, while excluding voices of those adversely impacted. This impedes progress towards a more just world.

Unlike trade agreements of the past aimed primarily at tariff reductions, the scope of trade discussions today is unprecedented. Trade agreements of the past two decades, and policies proposed in current trade negotiations, negatively affect public health, including access to lifesaving medicines, and environmental and financial regulatory policies.

Trade agreements include non-transparent trade tribunals outside of ordinary and publicly accountable judicial systems that allow multinational companies to sue governments for enforcing their own domestic laws on public health and the environment for alleged lost profits. Trade policy should not allow big companies an ability to avoid responsibility for environmental degradation and public health violations such as contamination of drinking water, lead poisoning, and denying access to life saving medicines. This is not progress. It contradicts fundamental moral principles.

As people of faith, we call on all nations and governments to uphold the dignity of all people. Yet modern trade agreements have harmed people, especially the most vulnerable in the United States and globally. Twenty years later, we have witnessed the impact of the North American Free Trade Agreement (NAFTA) on communities in Mexico. An estimated two million farmers and agricultural workers were displaced from their farming livelihoods in Mexico. While some manufacturing jobs were created after NAFTA, many of these were short-lived as companies later left in search of even lower wages. The loss of jobs in the agrarian sector is one factor linked to the increase in Mexican migration to the United States in the decade following NAFTA and, more recently, from Central America following the Central American Free Trade Agreement (CAFTA).

We should learn from the consequences of NAFTA and CAFTA and not just simply repeat the mistakes of the past. Traditional fast track authority is not consistent with democratic values of our country and the moral values of our faith communities. Having a full discussion of trade agreements will allow all voices of those affected to be heard. Any new grant of authority should allow for an open Congressional process, ensure broad consultation, transparency, meaningful public participation, and require that Congress certify that negotiating objectives for labor and the environment have been met before the President signs any agreement.

Trade, like the rest of the economy, must be a means of lifting people out of poverty and ensure a country’s ability to protect the health, safety and wellbeing of their citizens and the planet. In recognition of your sacred task of stewardship over people and policies, we ask you to oppose fast track trade promotion authority for any trade agreement currently being negotiated.

Catholics in the Alliance for the Common Good

Missionary Servants of the Most Holy Trinity

Provincial Council of the Cleric of St. Viator (Viatorians)

Provincial Council, Priests of the Sacred Heart, US Province

Sisters of Charity of New York Office of Peace, Justice and Integrity of Creation

Sisters of Mercy of the Americas - Institute Leadership Team

The Interfaith Working Group on Trade and Investment is a group committed to asserting a stronger presence of communities of faith in public policy discussions on trade and investment. Contact Chloe Schwabe (Chair) at 202-832-1780 or cschwabe@maryknoll.org.