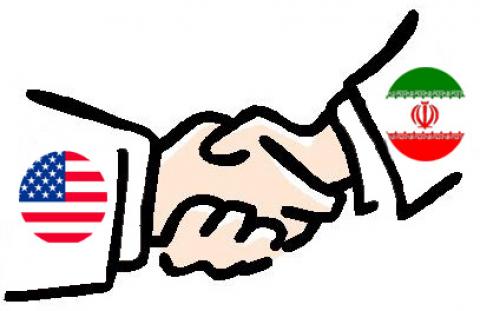 The following letter, signed by over 50 national Christian faith leaders, will be distributed among members of Congress today:

As Christian leaders in the United States, we are writing to urge you to vote in support of the negotiated settlement over Iran's nuclear program. We live by God’s call to "seek peace and pursue it" (Psalm 34:14). After decades of hostility, the international community has crafted a nuclear accord to limit Iran’s nuclear program and prevent the United States from moving closer toward another devastating war in the Middle East.

The July 2015 diplomatic agreement with Iran will dramatically shrink and impose unprecedented constraints on Iran's nuclear program. In exchange, the international community will begin to lift sanctions on Iran. It also establishes the most robust monitoring and inspection regime ever negotiated to verify Iran’s compliance with the restrictions on its nuclear program.

As Christians, we feel called to speak out for the possibility of peace. As faith leaders from the only country that has ever used nuclear weapons in war, we have a particular responsibility to speak boldly when opportunities arise that lead to nuclear disarmament and non-proliferation at home and around the world. This historic accord moves us one small step closer to a world free of nuclear weapons.

This agreement helps de-escalate tension in a region that is already suffering the effects of war and violence in ways unimaginable to most of us in the United States. It is also a testament to the effectiveness of diplomacy to take countries from the brink of war and resolve concerns peacefully.

This is a moment to remember the wisdom of Jesus who proclaimed from the Sermon on the Mount, “Blessed are the peacemakers, for they shall be called children of God” (Matthew 5:9).This agreement moves us further away from the possibility of war and another nuclear-armed nation. There is no question we are all better off with this deal than without it. Rejection of this deal would be a rejection of the historic progress our diplomats have made to make this world a safer place.

The stakes on this matter have never been higher. That is why more than 40 national organizations, including more than a dozen faith-based groups, wrote a letter earlier this year urging lawmakers to vote in support of this deal. The groups noted that this "will be among the most consequential national security votes taken by Congress since the decision to authorize the invasion of Iraq.”

As people of faith, we urge you to support the international agreement with Iran and reject legislation to undermine the deal. We will be praying for you.

Fred Rotondaro
Chairman
Catholics in Alliance for the Common Good

* Affiliation listed for identification purposes only