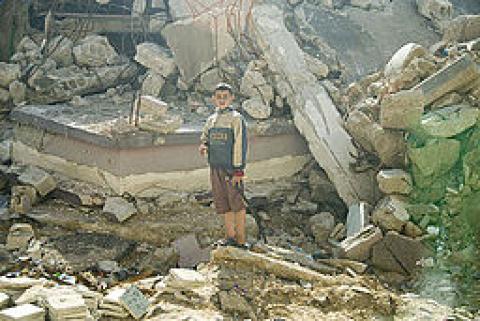 The Maryknoll Office for Global Concerns and 20 other groups sent the following letter to Secretary of State John Kerry and USAID administrator Dr. Rajiv Shah, urging immediate assistance for the people of Gaza, who continue to suffer in crisis. Read the letter in PDF form, attached at end of page.

On behalf of the 21 signing organizations, many of whom have long experience and close partnerships with Palestinian civil society groups in Gaza, we are writing to raise serious concerns related to the humanitarian crisis in Gaza. As you know, the situation in Gaza was already dire and is now worsening considerably with the onset of winter. Already the UN Relief and Works Agency (UNRWA) declared a state of emergency on November 27 due to flooding in the Gaza City area, a worrisome and early signal of what is to come.

Nearly four months after the cessation of Israel’s “Operation Protective Edge,” an estimated 100,000 people in Gaza still do not have adequate shelter. Electricity blackouts are common and key infrastructure such as water treatment plants have not been repaired. This humanitarian crisis is unconscionable and is the clear result of policy inaction and failure.

Despite the much-touted Gaza Reconstruction Mechanism (GRM), UN OCHA’s Access Coordination Unit found that just 2.9 percent of the materials needed for reconstruction and recovery plans have entered thus far, with fewer reconstruction materials entering Gaza in November than over the past three months. This level of access, including in the two months since the GRM was signed, is lower than comparable periods in 2013. As Pierre Krähenbühl, Commissioner-General of UNRWA, noted last month, “the process for reconstruction is proving far too slow and is largely ineffective.”

Therefore, we request that the U.S. government:

As you know well, Israel maintains that their imposition of restrictive measures related to Gaza are necessary for security reasons. All people desire to live in security and stability, including the people of the Gaza Strip. Meaningful security should be rooted in the provision of basic needs and respect for human rights.

Thank you for hearing our views. We look forward to your response.

Letter to Kerry, Shah on aid to Gaza