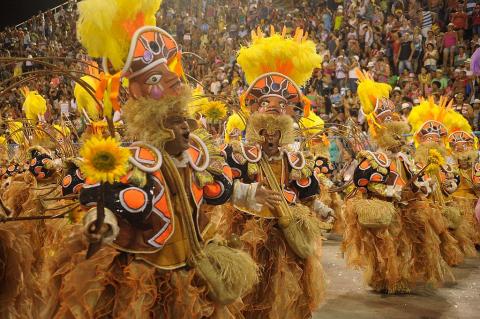 On February 16, 2017, attorneys general from 15 countries met in the capital of Brazil to exchange information related to the Brazilian construction firm Odebrecht and its involvement in corruption scandals in their countries. Dave Kane, returned Maryknoll Lay Missioner, wrote this analysis from Brazil. It was published in the March-April 2017 issue of NewsNotes.

Brazilian construction giant Odebrecht agreed to pay a world-record $3.5 billion fine for paying at least $788 million in bribes to public officials in twelve countries. The fine is by far the biggest chapter in the long-running scandal in Brazil commonly known as the “car wash” scandal, where numerous executives of the semi-public Brazilian oil giant known as Petrobras are accused of inflating contracts to divert the extra money into campaign funds of various political parties. Now that the scandal has crossed borders, the fallout has the potential to improve anti-corruption measures throughout Latin America as well as boost the popularity of populist politicians in some countries.

Odebrecht, Latin America’s largest construction company with more than 180,000 employees in 23 counties, admitted to bribing officials so often that, according to The Economist, “it set up a Division of Structured Operations – a ‘bribes department’ – which directed the payments through a series of offshore shell companies.”

“Their main method was to win contracts by making low bids and then corruptly secure big increases in costs through addenda.” … “This applied especially to contracts involving public-private partnerships (PPPs), which have become fashionable in the region.”

Indeed, former World Bank economist Jose Luis Guasch found that 78 percent of all transport PPPs in Latin America and the Caribbean were renegotiated, averaging four addenda per contract with a cost increase of $30 million per addendum.

In Brazil, the scandal has led to more than 80 convictions and more than 50 politicians being investigated. President Dilma Rousseff was impeached, in part, due to the scandal and current president Temer’s name has appeared dozens of times in testimonies and evidence in this and other bribery scandals.

The scandal has spread throughout the region. Colombian President Juan Manuel Santos is under investigation for allegedly receiving one million dollars from Odebrecht for his 2014 re-election campaign. His opponent in that election, Oscar Ivan Zuluaga, is also accused of receiving two million dollars from the company. In Panama, two sons of former President Ricardo Martinelli have arrest warrants for allegedly accepting bribes.

Investigations in Argentina are moving more slowly, with only the director of the federal intelligence agency implicated publicly so far. In Mexico, Ecuador, and Guatemala, investigations are in their initial stages. In the Dominican Republic, the attorney general is holding closed negotiations with Odebrecht. News sources are reporting that the company appears ready to pay a fine of $184 million in exchange for immunity and the ability to continue operating in the country.

Venezuelan president Nicolas Maduro expressed full support for the investigations. On February 14, the military counterintelligence unit occupied Odebrecht offices and the government has frozen all Odebrecht bank accounts and assets. The president has also announced the formation of a new “social justice mission” aimed at combating corruption and crime.

Outside Brazil, Peru may be the country taking the strongest measures related to the scandal. There the attorney general has issued a national and international warrant for the arrest of former president Alejandro Toledo, accused of taking $20 million in bribes related to a highway project. President Kuczynski issued a decree permanently barring corrupt politicians from public office. He has also announced rewards for whistleblowers who help to root out corruption, has ordered that he and all members of his cabinet will disclose their personal finances, and now requires all contracts to have an anti-corruption clause.

Hopefully, a positive outcome from the scandal will be increased vigilance and legal actions against corruption, which has long weighed heavily on Latin American societies. There may also be stronger political will for electoral reform that would limit money in political campaigns.

To make political donations more transparent, all donations could be required to be made through Blockchain, the technology that virtual currencies like Bitcoin use. This would ensure that all transactions are permanently recorded and public, and that only the final supplier of goods or services would be able to exchange the virtual money for hard currency.

“Think of it like buying chips in a casino: you can only use them in the casino, until you leave,” said Transparency International’s Mexico office director Eduardo Bohorquez. “If you wanted to contribute to a political campaign, you would have to do it with a virtual currency whose transactions can be easily traced from beginning to end.”

Photo: Parade of Mangueira, in the samba schools in more traditional Carnival in Rio, by Tomaz Silva/Agência Brasil and available in the creative commons 3.0.