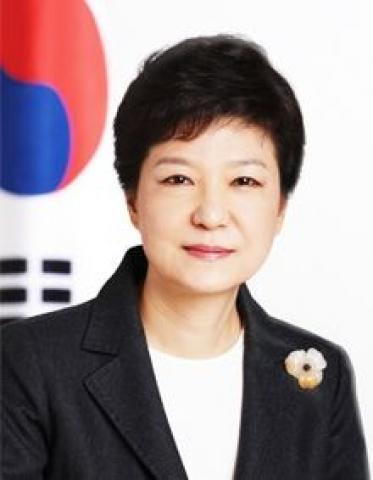 In February, North Korea tested an underground nuclear device, the third test since 2006. This illegal action, violating UN Security Council resolutions, brought North Korea back to the top of the world’s list of peace and security concerns in Asia. For the past 60 years, since the 1950-53 civil war with South Korea ended in a truce, North Korea has been stuck in a vicious cycle, a strategic plan that can be described in short as oppression coupled with threats of insanity and aggression, all enabled by North Korea’s economic lifeline: China.

On February 19, North Korean diplomat Jon Yong Ryong told the UN Conference on Disarmament: "As the saying goes, a newborn puppy knows no fear of a tiger. South Korea’s erratic behavior would only herald its final destruction." Intimating "final destruction" as well as any threat of the use of force, is prohibited by Article 2.4 of the UN charter and was immediately condemned by all conference members. But the point of the outrageous threat and the nuclear test was made: Do not underestimate the possibility of North Korean leadership making an insane and destructive decision, with no regard for the welfare of its own citizens.

How do we break this vicious cycle of oppression-insanity-aggression which has left the people of North Korea isolated, starved and imprisoned, and the "palace economy" – "an international network of shadowy officials, banks and front companies [which] sustains the North’s ruling clan, military and internal security forces" (The Washington Post, Feb. 12) – humming along? Sanctions have proven to be ineffective and unethical. What are needed are positive incentives for peace that involve all the stakeholders: North Korea, South Korea, China and the U.S.

It is estimated that North Korea holds as many as 200,000 people in a massive gulag system known as kwan-li-so. One in 10 North Korean citizens may be imprisoned, labeled as either a dissenter, or the child or grandchild of a dissenter, who needs to be punished in order to eliminate the seeds of bad families. While release or escape from these prison camps is rare, horrific testimony by defectors has been trickling out of North Korean for decades. The North Korean gulag is an organized network of concentration camps focused on working and starving prisoners to death. The conditions are believed to be among the worst in the world.

Curtis Melvin, who publishes the website North Korean Economy Watch, has collaborated with 38 North, a website operated by Johns Hopkins School of Advanced International Studies, to create a digital atlas of North Korea, including the locations of prison camps, railroads and electrical grids, based on information collected from people who have visited or defected from the country. Google Maps recently added similar details.

During these past six decades, the U.S. and other countries have responded with sanctions, giving North Korea the distinction of being the most heavily sanctioned nation in the world. Sanctions against international financial transactions with North Korea have meant to isolate and starve the leadership, yet it is the oppressed citizens of North Korea who are the most isolated and starved.

Two developments make this a critical moment. The UN Human Rights Council is poised to take action when it meets again in March. It is expected to order an inquiry into North Korea leadership’s role in crimes against humanity. North Korea’s three biggest defenders, China, Russia and Cuba, have all stepped off the Council after serving the maximum of two consecutive three-year terms. They will be replaced by new Council members Kazakhstan, Pakistan and Venezuela. Secondly, the newly elected president of South Korea, Park Geun-hye, is open to shared development with North Korea, using a softer, carrot-and-stick approach to economic aid with the North. Park detailed her strategy in Foreign Affairs magazine: "In order to transform the Korean Peninsula from a zone of conflict into a zone of trust, South Korea has to adopt a policy of ‘trustpolitik,’ establishing mutually binding expectations based on global norms." Park’s trustpolitik is coupled with a New Year’s Day address by North Korea’s leader Kim Jong-un, the first such speech in person in 20 years, where he mentioned the desire for reconciliation with the people of South Korea.

The changes in the actors in both North Korea and South Korea leadership, as well as membership of the UN Human Rights Council, provided new windows of opportunity. We should not let North Korea’s outrageous statements and rocket launches distract the U.S. government and the UN Human Rights Council from the deplorable human rights situation in North Korea, which according to Navanethem Pillay, the UN high commissioner for human rights, "in one way or another affects almost the entire population and has no parallel anywhere else in the world."