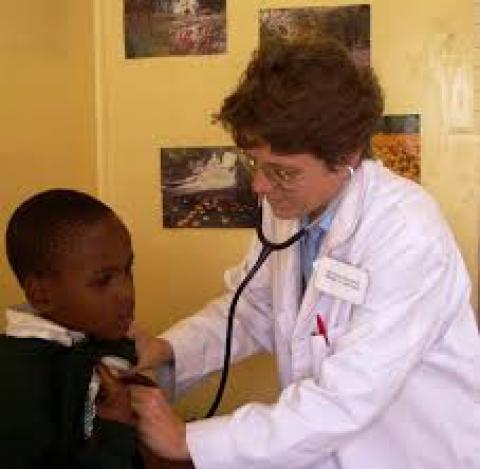 Ethnicity rather than ideology continues to be the dividing line in Kenyan politics. The following article was published in the November-December 2017 issue of NewsNotes.

On August 8, Kenya had its twelfth general election, for president, all members of the parliament, county governors and other local county officials. The election appeared to be won convincingly by the current president, Uhuru Kenyatta, of the Jubilee Party, and the voting returns were declared fair and accurate by international observers. However, several weeks later Kenya’s High Court nullified the election results, ruling that the returns sent from regional voting stations were not properly sealed and certified. The Court stated that a new election would have to be held, on October 26.

The losing candidate on August 8, Raila Odinga of the NASA Party, announced he would not agree to be on the ballot unless all members of the Independent Electoral and Boundaries Commission (IEBC) were removed and replaced by non-partisan members. His announcement was accompanied by street protests by his supporters, mainly from the Luo ethnic group, in the cities of Nairobi, Mombasa and Kisumu. The police and other government forces confronted the opposition protesters, leading to violence and deaths. Amnesty International reported that seventy people had been killed during the demonstrations.

The election was held on Thursday, October 26, as scheduled, with all eight of the original candidates for president, including Odinga, on the ballot. Most parts of the country were calm and many people turned out to vote. In places where the majority are reported to be supporters of Odinga, few if any people showed up to vote and at some polling places even the polling officials did not show up out of fear of violence. There was violence in areas heavily populated by Luo, such as Kibera in Nairobi and the city of Kisumu.

The election officials were given a week to certify and announce the results, although it is all but certain that Kenyatta would be re-elected for his second term. Sadly, it is doubtful that this outcome will bring peace to the country, which is plagued at each election by inter-ethnic hostilities.

Susan Nagele, a Maryknoll Lay Missioner and  medical doctor, works in the city of Mombasa and has been directly affected by the electoral tensions, which were exacerbated by a drought in northern Kenya that left over three million in food peril. A strike by government nurses since June has compounding the difficulties of her medical work.

Nagele stated that, “In Marsabit, a semi-arid county, about twenty women die each day due to complications of childbirth. Maternal deaths nationally from January to June this year were 857, compared to 413 last year. No child has received an immunization since June. The big fear is that an outbreak of measles will occur and this virus kills. The nurses’ strike will not be solved until we get a president and a government that is functioning.” She appealed for mediated discussions between Kenyatta and Odinga, to resolve the electoral crisis.

Kenya’s Conference of Catholic Bishops issued a pastoral message on October 12, stating, “We have chosen to convene, facilitate and mediate high level talks on resolving the political crisis so that we steer the country to stability and cohesion. Our only way forward is to dialogue.”

Some expatriate missioners questioned the impartiality of the bishops, however, citing the National Day of Prayer event in October at Subukia, in the Rift Valley of central Kenya, at which President Kenyatta was allowed to speak. According to the missioners, the president turned the prayerful gathering into a political rally for the Jubilee Party. Even bishops and priests are susceptible to ethno-nationalist sentiments that can compromise their offers of mediation.

The sudden resignation of Dr. Roselyne Akombe, one of the members of the IEBC, cast the election into deeper shadow. Akombe fled to New York in fear for her life one week before the vote. She claims to have received death threats, made credible by the unsolved murder in August of Chris Msando, the head of the IEBC’s digital security division. “There cannot be credible elections on October 26,” Akombe said.
It is not inconceivable that Kenya will have to accept intervention by international mediators, such as happened in 2008, when Kofi Annan, the Secretary General of the United Nations, mediated an end to the horrific violence after the December, 2007, election. Whether the political outcome of this election is resolved peacefully or violently, it can be almost guaranteed that there will be inter-ethnic strife again in 2022, when the next Presidential election is scheduled to take place – unless Kenyans can find some way to overcome their convulsive ethnic hostilities.

Photo: Dr. Susan Nagele with a patient in Kenya. Photo courtesy of the Maryknoll Lay Missioners.