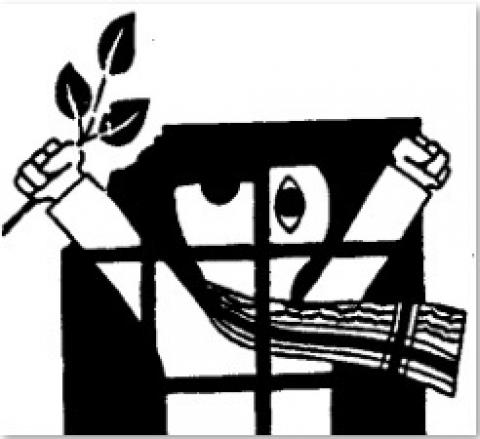 The following article examines the root causes of the devastating water crisis affecting Palestinians in Gaza and the West Bank. This article was published in the September-October 2016 issue of NewsNotes.

Once again there are reports of water shortages in the West Bank, with international media suggesting a range of causes: some blame the Israeli water company for intentionally cutting the water supply, others blame the Palestinian Authority for refusing to approve new water infrastructure. Headlines announcing that Israel is now “overflowing with water” due to remarkable advancements in desalination efforts further confuse the situation – so what is really happening?

It is useful to note that the 1995 Oslo II Interim Agreement, meant to be a temporary guideline for cooperation between Israel and Palestine until a final settlement could be reached, allowed Israel to continue its inequitable control of between 70 and 80 percent of water from the Mountain Aquifer – a water source that lies mainly under the West Bank. Oslo II also established the Israeli and Palestinian joint water committee to cooperatively manage water needs in the West Bank. Twenty years later Oslo II remains the guideline on water-sharing and the disproportionate allocation continues – called a “hydro-apartheid” by some. Today, Palestinians are only able to utilize 11 percent of the Mountain Aquifer and are forced to purchase 30 percent of their municipal water supply from Israel rather than tapping into the water beneath their feet.

Israel admits to cutting the water supply to some West Bank villages this summer, leaving many without running water for over two weeks. The Israeli water company reports a water shortage and states that they are doing what is necessary to preserve local reservoirs in the (illegal) West Bank settlements. They say the shortage could have been alleviated if the Palestinian Water Authority had not vetoed their new water infrastructure proposal before the joint water committee.

This is a common refrain: the Palestinians are refusing to cooperate – but what are they being asked to cooperate with? According to the  alestine Water Authority the new plans would increase water supply to Israeli settlements in the West Bank, further entrenching the ever-expanding settlements which make a viable Palestinian state increasingly unlikely by the day.

It is well-known that Palestinians face incredible difficulty in obtaining building permits from the Israeli government: A UN report of activity in the Occupied Territories notes that building permits are “near impossible to obtain.” When Palestinians are then forced to build without permits, Israel responds by demolishing houses (another situation where Israel can claim that Palestinians are “not cooperating”). The same is true of permits for fixing and building wells and other water sources. Israeli organization B’tselem relays the story of Abd A-Rahman Khalil, resident of a Palestinian village in the West Bank suffering from lack of adequate access to water:

“About six years ago, the [Palestinian] local council restored two springs here, in the al-Malih area. They cleaned them and fenced them in to keep away animals that contaminate the water. We were overjoyed. Suddenly we had a little bit of water, which reduced the need to buy water at high prices. We used the water from the springs for our household needs and for our flocks. On Tuesday, 14 June 2016, [Israeli] Civil Administration people came and left notices that they plan to demolish the two water reservoirs at the springs. If they do, it will be a disaster, because most people in the area rely on this water for the flocks and for their family consumption…. We have no running water and no other water sources in the area. Our living conditions are hard and we have to buy the water at high prices….I don’t know what will become of people here. Some of them have nothing to eat.”

A short distance away, in Israel, scientists have developed the largest desalination facility in the world, turning ocean water in potable drinking water. According to Global Voices, Israel now has “more water than it needs” and is faced with what to do with a surplus. A “Water Knows No Boundaries” conference in 2018 has water scientists from Egypt, Turkey, Israel, Jordan and Palestine excited at the prospects of “water diplomacy”, yet if the reality on the ground today is any indication of the dynamics for future cooperation, serious shifts in the power imbalance need to occur before the Palestinians will be in a position to be equal partners with Israelis. There is a lesson to be learned here about the potential ramifications of peace agreements – the international community should take note.