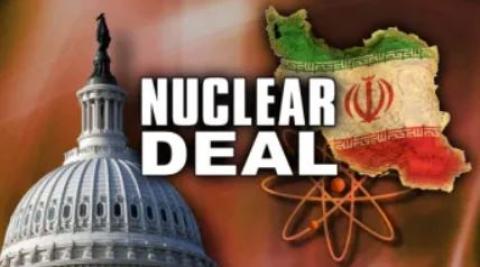 MOGC and Pax Christi USA are collecting signatures for the following petition. Read more about it here. This article was published in the March-April 2021 issue of NewsNotes.

We write you today as fellow Catholics to thank you for your commitment to re-engaging with the international community, your renewal of New START and rejoining the Paris accord, and to urge you to take the first steps toward rejoining the Joint Comprehensive Plan of Action (JCPOA). The Catholic Church has been a strong voice of support for the JCPOA, and joined you in condemning President Trump’s decision to withdraw from it. Today, we believe it is urgent that the United States offer sanction relief as an initial show of good faith to bring Iran back to the table.

Iran was in compliance with the JCPOA when President Trump broke the deal by re-imposing sanctions. In doing so, he damaged the credibility of the United States with Iran and with our allies. You cannot now leverage that mistrust, especially in an election year for Iran, when hardliners are using U.S. noncompliance to discourage further negotiations.

“Maximum Pressure” sanctions have failed: since they were imposed, Iran has taken increased steps toward developing nuclear weapons, including halting short-notice inspections this week. While technically exempting medical and other civilian necessities, the freezing effect of sanctions on banking, currency exchange, and other financial activity in Iran make the procurement of crucial medicines and supplies effectively impossible. With elections looming and the COVID-19 pandemic at crisis levels, moderate forces in the country cannot afford to come back into compliance before the U.S. lifts sanctions.

While Catholic leaders have criticized the Maximum Pressure campaign and many of us have serious concerns about the impact of any sanctions regime on civilians, the fact is that sanctions relief can come with clear conditions. Iran has stated that they will come back into full compliance “within an hour” of the U.S. lifting sanctions. If they do not comply within a short, clear, realistic timeline, you could easily impose more humane, targeted sanctions. This would force Iran to “own” the measure, as it would be a direct result of their own failure and not Donald Trump’s unilateral decision to break the deal.

Catholic voices have praised the Iran Deal as a model of multilateral dialogue and cooperation. We support your efforts, together with our European allies, to renew negotiations with Iran. We share your concerns about Iran’s ballistic missile program, its sponsorship of terrorism, and its proxy wars in the region, just as we are concerned about the United States’ own nuclear weapons, wars, arm sales, and other violent interventions in the Middle East. Pope Francis tells us, “Authentic reconciliation does not flee from conflict, but is achieved in conflict, resolving it through dialogue and open, honest and patient negotiation.” Precisely because we recognize the challenges and threats to peace straining our relationship with Iran, we stress that diplomacy is the only proven path to addressing these concerns.

The JCPOA is the platform from which to launch future negotiations on outstanding issues with Iran, but the U.S. must act first to rebuild trust. Pope Francis tells us, “any response to the threat of nuclear weapons should be collective and concerted, based on mutual trust… (I)n this endeavor we must avoid those forms of mutual recrimination and polarization which hinder dialogue rather than encourage it.” Lifting sanctions now would be a first step toward rebuilding the trust of Iran, our other partners in the JCPOA, our allies around the world, and countries such as North Korea where we seek to eliminate nuclear weapons.

The JCPOA is also an agreement with several of our closest allies. In the spirit of your commitment to cooperation and confidence-building, we urge you to take these crucial steps to salvage the Iran Deal. The window of time before the Iranian elections is short. The success of your broader foreign policy agenda and your promise to “lead by the power of our example” may depend upon this critical, immediate first step with Iran.

Mr. President, as your fellow Catholics, we share a commitment to the gospel values of nonviolence, dialogue, and reconciliation. Drawing from your own long history of public service and international diplomacy, you argued powerfully and successfully for those ideals when you led President Obama’s efforts to pass the Iran Deal. We applauded your efforts then, and we implore you to demonstrate again that same strong, bold leadership: take the first step, lift sanctions on Iran, save the JCPOA, and build on it to negotiate further steps toward lasting peace.

Thank you, and may God bless you and guide you.