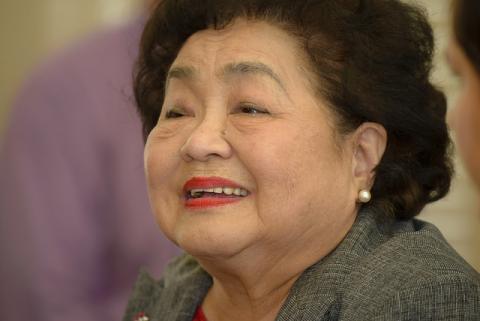 In November the Dicastery for Promoting Integral Human Development hosted a special symposium on nuclear disarmament at the Vatican. The following article was written by Kevin Carroll, MOGC peace fellow, and published in the January-February 2018 issue of NewsNotes.

The Vatican hosted in November the first international gathering of substance involving leaders in nuclear disarmament since the historic nuclear ban treaty was signed in July. The Holy See is one of 56 signatories and one of three parties to ratify the treaty so far. In order to enter into force, it must be signed and ratified by a minimum of 50 nations.

At this time, none of the nuclear powers, including the United States, have signed the treaty. The Vatican was instrumental throughout the negotiating process and played a principle role in support of the International Campaign to Abolish Nuclear Weapons (ICAN) to get the ban treaty passed.

Entitled, “Perspectives for a World Free from Nuclear Weapons and for Integral Disarmament,” the conference was not only special in the collection of individuals and groups it brought together but more so in the language Pope Francis used in his condemnation of nuclear weapons. He condemned the possession of these weapons of mass destruction, saying that they “create nothing but a false sense of security.” He declared, “International relations cannot be held captive to military force, mutual intimidation, and the parading of stockpiles of arms.”

“Francis himself definitively brought the Catholic Church into full agreement with the ban treaty when he said about nuclear weapons: ‘The threat of their use, as well as their very possession, is to be fully condemned,’” said Marie Dennis, co-president of Pax Christi International.

In a recent article for the National Catholic Reporter, longtime peace activist Art Laffin of the Dorothy Day Catholic Worker in Washington, DC, wrote,“The Catholic Church and all churches have a crucial role to play in implementing Francis’ declaration to bring about a disarmed world. What if the church could take the lead in calling for the conversion of arms industries to non-military production while advocating for full and just protection of workers’ rights during the transition process? What if the church would provide material resources for those who quit their jobs for reasons of conscience? What if the pope’s statement was proclaimed in every diocese, at every parish, and in every Catholic school, college and seminary? And what if the U.S. bishops and all Catholics in this country demanded that the U.S. government sign the historic U.N. Treaty on the Prohibition of Nuclear Weapons that has deemed nuclear weapons to be illegal? These efforts would go a long way to help create the climate necessary to bring about real disarmament.”

In their joint statement,“Nuclear Disarmament: Seeking Human Security,” the Conference of European Justice and Peace Commissions (Justice & Peace Europe) and the Committee on International Justice and Peace of the U.S. Conference of Catholic Bishops wrote, “The indiscriminate and disproportionate nature of nuclear weapons, compel the world to move beyond nuclear deterrence. We call upon the United States and European nations to work with other nations to map out a credible, verifiable and enforceable strategy for the total elimination of nuclear weapons.”

On December 10, ICAN was awarded the Nobel Peace Prize in Oslo. Beatrice Finh, the executive director of ICAN, shared the stage with Setsuko Thurlow, a survivor of the atomic bombing of Hiroshima. Finh also attended the Vatican conference on nuclear disarmament where she said, humans “harnessed the power of science to build these weapons; we have harnessed the power of faith to stop them.”

VIDEO: Watch this beautiful 5-minute animation and listen to the powerful words of Setsuko Thurlow, speaking the day the nuclearban was adopted: "If You Love This Planet."

Photo: ICAN (International Campaign to Abolish Nuclear Weapons) campaigner and Hiroshima survivor, Setsuko Thurlow was presented with the Nobel Peace Prize by the Norwegian Nobel Committee, in Oslo, Norway, on December 10.“Heed our warning and know that your actions are consequential. You are each an integral part of the system of violence that threatens humankind,” said Thurlow  in her remarks. Photo by Flickr/Michael Swan.