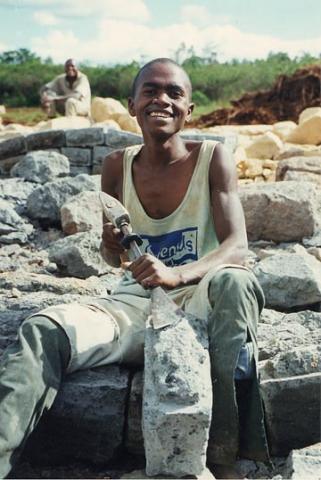 The following article was published in the January-February 2014 NewsNotes.

Swiss citizens recently gathered enough signatures to guarantee a referendum* on a guaranteed minimum monthly income of around US$2,800 for every citizen of the country regardless of their income from other sources. The idea of a "universal basic income" (UBI) is gaining popularity across the world as it appeals to people of various political persuasions.

People with a liberal or progressive outlook are attracted to the UBI’s potential to end hunger and decrease economic inequalities while also diminishing environmental destruction. It can also guarantee survival for workers in an economy that no longer produces work for all.

As computer scientist Jaron Lanier pointed out, Kodak, the iconic photography company, employed 140,000 people with middle class incomes at the height of its power. It filed for bankruptcy in 2012, the same year that Instagram, the company that now helps people share pictures, sold for $1 billion while employing only 13 people. It is an extreme example of a larger trend of technological advances displacing workers. We are able to create much more with fewer people.

In order to maintain adequate levels of employment, most countries have chosen to deal with this excessive production by producing and consuming more and more. Yet as resources become scarcer and we run out of room for our wastes, it is clear that this is no longer a real solution.

To guarantee a basic minimum income for all would assure that even while not employed in paying work, a person would be able to survive. According to the Global Basic Income (GBI) Foundation, "A basic income seems to be the only reform proposal that we currently have, which solves the contradictions in our present economic system and policy, and which will enable a gradual transition to a sustainable and social economy." It would be especially effective if done in conjunction with resource taxes such as a carbon tax or land use fees that make resource usage more expensive.

The GBI Foundation argues further that "[f]orcing people to do hard, underpaid work by threatening them with poverty or even starvation in case of non-compliance, is a practice that has no place in a democratic, free society. Many people nowadays are unhappy with their work and lives, because of this practice. It constitutes a constant incursion on the democratic values of our societies and on human dignity. The dependence on work for survival gives richer people and companies too much power over people with little money. A basic income would reduce this imbalance in power. It would end at least extreme forms of exploitation," as workers would no longer be so desperate to accept whatever work was available.

"Apart from the fact that the conditions and quality of paid work would improve through the introduction of a basic income, it would also lead to a revaluation of unpaid work. A lot of important work that people do is not paid, such as raising children, household work or voluntary work for social organizations and people in need. A basic income is a recognition of the fact that most people who don’t have an official, paid job are nevertheless doing important work."

Conservative economists and libertarians also see positive aspects to a guaranteed basic income. Friedrich Hayek argued on the simplicity and efficacy of the UBI: "There is no reason why, in a society which has reached the general level of wealth which ours has achieved the first kind of security [certainty of a ‘given minimum of sustenance’] should not be guaranteed to all without endangering general freedom." It could take the place of a host of expensive, bureaucratic and questionably effective welfare programs with a simple system that could be run by a computer.

According to the Cato Institute’s Michael Tanner, "The federal government spent more than $668 billion on over 126 anti-poverty programs in 2012. When you add in the $284 billion spent by state and local governments that amounts to $20,610 for every poor person in America."

Many also appreciate how a UBI would do away with the paternalistic incentives in current welfare programs that discourage marriage, as two people currently receive lower benefits as a married couple than as single people. It would also remove the up to 100 percent marginal tax rates on earned income faced by people in current welfare systems. The government removes a significant portion, or even all, of any additional earned income removed from their benefits, making work less attractive. An interesting debate between conservative economist Milton Friedman and William F. Buckley about the UBI can be viewed on the Atlantic magazine’s website (Icons of the right debate a Guaranteed Minimum Income, Nov. 20, 2013) where Friedman lays out the conservative reasons for supporting the idea.

Brazil was the first country to pass a national basic income law in 2004. It aims to gradually implement the law, beginning with granting a monthly income of US$33 to its poorest citizens in a program called Bolsa Familia (Family Basket). It is not a true UBI, which places no demands placed on recipients, as children are required to have their vaccines up to date and have at least an 85 percent attendance record at school. Much of the money for the program comes from oil revenues making it similar to the Alaska Permanent Fund, in place since 1982, which pays a dividend for every Alaskan citizen not convicted of a felony with money from a tax on oil production.

Smaller pilot projects in Canada, Namibia, and India have shown that a UBI not only decreases poverty, but helps increase school completion rates and lower hospitalization rates. Despite many warnings that the money would discourage work, only mothers of young children had reduced levels of paid work.

The effects of any UBI will depend on the details of each program, level of payment and other circumstances, but the Swiss example will be closely watched by other countries considering implementing similar programs. It may seem hard to imagine, but as the GBI Foundation argues, "A few centuries ago almost no one would have believed that universal suffrage or social security systems like the ones we have today would be possible. Yet, here we are."