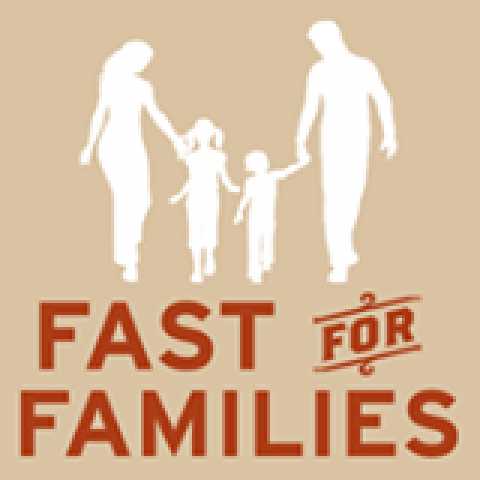 The following piece appeared in the March-April 2014 NewsNotes.

In collaboration with the Justice for Immigrants (JFI) campaign of the U.S. Catholic Conference of Bishops (USCCB), the Maryknoll Office for Global Concerns (MOGC) urges you to take action for immigration reform during Lent 2014. The members of the JFI coalition have created a toolkit, available here in PDF format, which includes 40 days of strategic, coordinated prayer and action.

Every weekday, we will pray for a specific Catholic member of Congress. Find the calendar with members’ names and numbers here. If you are a constituent, you are especially encouraged to reach out.

Additionally, the Fast for Families campaign, sponsored by dozens of organizations, invites those who are able to fast every Wednesday during Lent "to repent from an immigration system that tears apart families. [This is] a prophetic witness to the moral urgency of commonsense immigration reform so that all might have the opportunity to be citizens with equal respect and dignity." Sign up to participate in the Wednesday fasts here.

Advocates for immigrants’ rights in the U.S. are deeply concerned that access to citizenship will be lost in the upcoming negotiations on immigration reform. In June 2013, the U.S. Senate passed an immigration bill that contains a path to citizenship for the 11 million undocumented persons in the country. However, the House of Representatives has, to date, refused to consider a bill with a path to citizenship, suggesting that they could simply give legal status to some immigrants or not confer any legal status at all.

For several reasons, the U.SCCB strongly supports a path to citizenship for the undocumented, including: