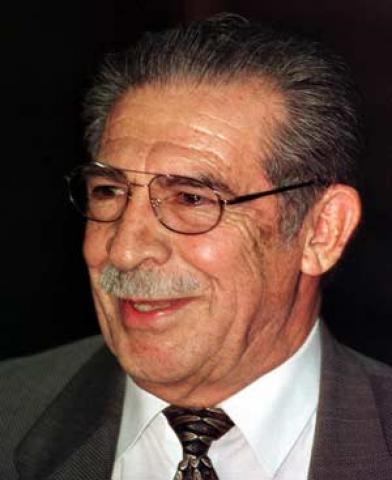 The following article was written by Eben Levey, an intern with the Maryknoll Office for Global Concerns, and was published in the January-February 2014 NewsNotes.

Recent years have seen huge strides against impunity in the Americas. Abusive military regimes of the 1970s, 1980s, and early 1990s are being prosecuted, with notable cases being tried across the hemisphere from Argentina to Guatemala – charges against high-ranking military leaders such as Alfredo Astiz in Argentina (convicted of crimes against humanity in October 2011 and sentenced to life in prison) and Efrain Rios Montt in Guatemala (see below) have served as emblematic cases in the slow but gradual dismantling of amnesty laws.

However, in Central America, in spite of the progress of recent years, a hard-fought struggle between advocates for justice and those who seek to preserve the status of impunity continues.

In Guatemala, as has been reported in previous NewsNotes, the trial of former dictator Gen. Rios Montt for genocide has been a slow and laborious process. In a recent event sponsored by the Washington Office on Latin America (WOLA), lawyers Francisco Soto and Edgar Pérez spoke to a small group. They outlined a number of advances that Guatemala has undertaken in order to reach the point of beginning trials for crimes committed during the years of military dictatorship. In particular, crucial to advancing the prosecutions were the creation of the High Risk Tribunal, which is tasked with prosecuting major crimes such as genocide and organized crime; a declassification of documents dating back to the years of military dictatorship; and a reorganization of personnel in the Public Ministry.

Following these changes, Rios Montt was compelled by the courts to give his first testimony in January 2012. Yet the atmosphere surrounding the trial was one of contention, denial, and foot-dragging. High-level officials, including President Otto Pérez Molina, repeatedly made public statements denying that genocide ever occurred in the country. As Martín Rodríguez, director of the Guatemalan alternative media outlet Plaza Publica, detailed in a talk given at Georgetown University in October, the genocide trial brought together conservative elements in the country (politicians, military officers, businesspeople, right-wing academics, and journalists) who launched a campaign to discredit and slander those who sought justice and accountability for the crimes committed under the military regimes of the past. They derided the victims, advocates, and their lawyers as "communists," "terrorists" and "judicial assassins" who sought to undermine the carefully constructed peace that Guatemala had attained in the years since the peace accords. As such, they issued thinly veiled threats of reactionary violence that would sweep the country should the prosecutions continue.

In the face of the media onslaught, the prosecutions continued, finding Ríos Montt guilty of genocide in May 2013. However, as Soto and Pérez explained, the strategy of the Ríos Montt defense was never to fight the charges of genocide on technical and legal grounds, but rather to wage a judicial war of attrition, delaying the proceedings while the media continued repeating its slanderous statements against the victims. By filing numerous injunctions, changing the legal defense team, and other such actions, the Ríos Montt team slowed down the prosecution to a crawl, making the verdict in May a true accomplishment for the victims. However, only 10 days later, the verdict was overturned by the Constitutional Court in a decision that mandated the trial start again from the beginning. Rodríguez of Plaza Publica lamented this court decision as one that proves that the ties that bind the past military regimes with the current officials and businesspeople in power remain strong and determined to defend impunity.

In November 2013, only days before Soto and Pérez spoke in Washington, D.C., the Guatemalan court set a date for the resumption of the trial: January 2015. The Guatemalan justice system has made huge improvements over the last decade, yet it is unclear if the victims of genocide will see the justice and accountability that was seized from their hands by the Constitutional Court. As Soto exclaimed, "This is not just a genocide trial, but a case against impunity." For the moment, Guatemala hinges on a potential turning point.

El Salvador too has made strides in overturning the impunity that reigned following the civil war. In March 1993, one week after the Truth Commission released its report that detailed atrocities committed during the civil war, the Salvadoran legislature passed the Amnesty Law that shielded both the right (the military and powerful politicians) and the left (high-ranking members of the FMLN, now in power) from criminal prosecutions. The Amnesty Law was argued to have been crucial to establishing peace and stability in the wake of the civil war.

In recent months, the Salvadoran Supreme Court has announced that it will hear a challenge to the Amnesty Law that was filed by the Human Rights Institute of the Central American University. Public support for the Amnesty Law has been waning, and a number of domestic and international challenges to the Law have chipped away at it in recent years. In fact, a decision by the Supreme Court in 2000 ruled the Amnesty Law constitutional, but gave individual judges discretion to rule that amnesty does not apply in cases that involve crimes against humanity. However, no judge has yet used that discretion to prosecute anyone, leaving the Amnesty in place. As such, the Court’s decision to hear the challenge has once again unleashed a public debate over the desirability and need for such a law.

The process, as seen elsewhere in the Americas, will be complicated and controversial, and is only the first step in dismantling a legal impunity that has protected still very powerful individuals from criminal prosecutions. In October 2013, WOLA published an article that warned against the likely ramifications of the challenge to the Amnesty Law: "If the court finds the Amnesty Law unconstitutional, a backlash from some sectors of society is almost certain ... [and it] appears that pushback from threatened sectors may already have begun. Some of the attacks on El Salvador’s Constitutional Court over the last year can be understood as pre-emptive measures against a court considered likely to overturn the Amnesty Law ... The human rights community in El Salvador will need support, both domestically and internationally, in order to stand firm in the face of pressure and resistance."

In fact, on November 14, masked individuals attacked the offices of the Asociación Pro-Búsqueda de Niñas y Niños Desaparecidos [Association for the Search for Missing Children]. As reported in a press release by the Inter-American Commission on Human Rights, "Pro-Búsqueda has been vital to the work of finding children who disappeared during the war in El Salvador. Its investigative efforts over the years have made it possible to collect information and locate dozens of missing children and reunite them with their families, thereby reestablishing the enjoyment of their right to family, to identity, and to personal integrity, among other rights. Both the Inter-American Commission and the Inter-American Court of Human Rights have recognized the importance of their work, as well as the information they have collected." In the attack, Pro-Búsqueda estimated that 70 percent of its files were destroyed or stolen, including "files on habeas corpus cases that are currently being processed by the Supreme Court of Justice, as well as documents related to Pro-Búsqueda cases that are before the inter-American human rights system."

While neither the responsible individuals nor the intellectual authors have been identified, it is likely that this attack is related to the impending challenge to the Amnesty Law. While the investigation is ongoing, it is of utmost importance that the Salvadoran government do all in its power to protect the physical integrity of human rights defenders that may also come under attack in what WOLA stated was a predictable backlash.

The events in Guatemala and El Salvador are reminders that the struggle against impunity is extraordinarily difficult. The best examples from across the Americas, such as Argentina and Uruguay, have demonstrated that impunity can be dismantled piece by piece, and that military regimes (or at least emblematic individuals) can be held to account for crimes against humanity. Central America has seen remarkable advances in chipping away at Amnesty Laws, strengthening judicial systems, and appointing and promoting individuals with the courage and determination to prosecute some of the worst crimes from the military regimes. However, strong resistance and even violent backlash committed by powerful actors who have much to lose in potential judicial proceedings continue. In Guatemala and El Salvador, it would not be an understatement to say that the Ríos Montt trial and the challenge to El Salvador’s Amnesty Law, whatever the results, will greatly influence the continuation or demise of impunity and amnesty in the region.