How to make the world happier 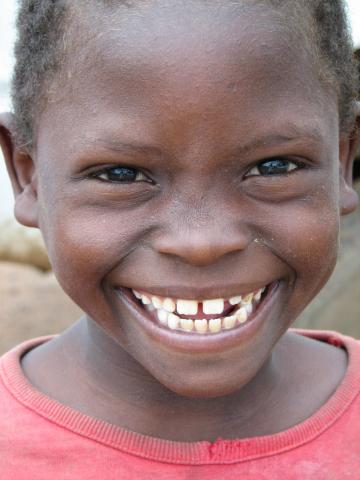 A subtle but profound change is currently taking place that could potentially improve the living conditions of people everywhere: Governments around the world are acknowledging finally that increasing gross domestic product (GDP, the market value of all officially recognized goods and services produced within a country in a given period) does not necessarily indicate success or improvements in well-being. In fact, sometimes well-being decreases as GDP increases, especially in higher-income countries. Alternatives to GDP, specifically "happiness" measurements that integrate economic, social and environmental dimensions, are gaining respect as practical tools to shape public policies. The following article was written by Dave Kane and published in the July-August 2012 NewsNotes.

The Earth Institute recently released the World Happiness Report which summarizes the decades of research into causes of happiness and techniques for measuring it. While dismissed by many for years, research shows that "happiness, though indeed a subjective experience, can be objectively measured, assessed, correlated with observable brain functions, and related to the characteristics of an individual and the society… It can signal underlying crises or hidden strengths. It can suggest the need for change."

Happiness surveys have been carried out for many years by the Gallup World Poll (GWP), the World Values Survey (WVS), and the European Social Survey (ESS). The GWP is the largest, covering more than 150 countries. The surveys have shown, perhaps not surprisingly, that "[h]igher income, better health of mind and body, and a high degree of trust in one's community ('social capital') all contribute to high life satisfaction; poverty, ill health, and deep divisions in the community all contribute to low life satisfaction."

But a higher income does not guarantee more happiness: "A household's income counts for life satisfaction, but only in a limited way. Other things matter more: community trust, mental and physical health, and the quality of governance and rule of law. Raising incomes can raise happiness, especially in poor societies, but fostering cooperation and community can do even more, especially in rich societies that have a low marginal utility of income. It is no accident that the happiest countries in the world tend to be high-income countries that also have a high degree of social equality, trust, and quality of governance. In recent years, Denmark has been topping the list. And it's no accident that the U.S. has experienced no rise of life satisfaction for half a century, a period in which inequality has soared, social trust has declined, and the public has lost faith in its government."

The studies show, and more governments agree, that "GDP is a valuable goal, but should not be pursued to the point where economic stability is jeopardized, community cohesion is destroyed, the vulnerable are not supported, ethical standards are sacrificed, or the world's climate is put at risk. While basic living standards are essential for happiness, after the baseline has been met happiness varies more with quality of human relationships than income. Other policy goals should include high employment and high-quality work; a strong community with high levels of trust and respect, which government can influence through inclusive participatory policies; improved physical and mental health; support of family life; and a decent education for all… The most basic goal is that by measuring happiness across a society and over time, countries can avoid 'happiness traps' such as in the U.S. in recent decades, where GDP may rise relentlessly while life satisfaction stagnates or even declines."

The potential for significant change in public policy caused by focusing on better measurements of well-being must not be underestimated. Our obsession with GDP for so many decades has led many governments to adopt policies that increase economic growth while at the same time decreasing happiness and overall health of citizens. This has resulted in new crises of obesity, smoking, diabetes, depression, and other ills of modern life. By focusing on increasing happiness instead of an outdated number like GDP, perhaps the U.S. could truly fulfill its promise to help people secure their God-given right to life, liberty and the pursuit of happiness.