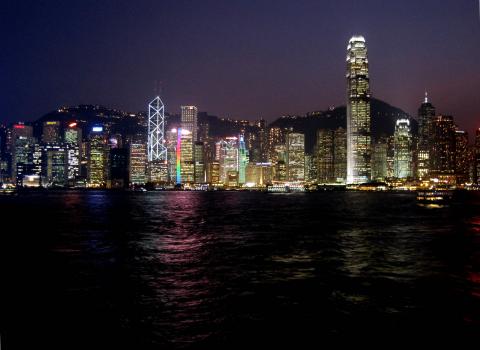 The Georgetown Center for Asian Law published a report on the impacts of the Hong Kong National Security Law. This article was published in the May-June 2021 issue of NewsNotes.

One year ago this June, Beijing passed the Hong Kong National Security Law (NSL), which has proven to enable the government to more easily punish protesters and reduces the city’s autonomy. In a new 80-page report, authors Lydia Wong, research fellow, and Thomas Kellogg, executive director, at the Georgetown Center for Asian Law, assess the law itself, and the significant, wide-ranging, and deeply damaging impact of the robust implementation of the law over the first seven months of its existence.

The report also makes an attempt to track all arrests under the National Security Law that have taken place from June 2020 until February 2021. They came up with a total of 105 arrests by the newly-created Department for Safeguarding National Security (NSD), mostly for specific alleged NSL crimes. The authors conclude that such a high number over only seven months demonstrates the vigorous use of the law.

Some of the authors’ key findings include:

• The cases that have emerged thus far raise serious concerns that the NSL is being used to punish the exercise of basic political rights by the government’s peaceful political opponents and its critics. Prosecution of individuals for exercising their rights to free expression, association, or assembly would violate Hong Kong and Beijing’s commitments under international human rights law.
• The impact of the NSL has been felt well beyond the more than 100 individuals who have been arrested by the Department for Safeguarding National Security (NSD). According to interviews, self-censorship – among journalists, academics, lawyers, activists, and members of the general public – has emerged as a serious problem, one that could blunt Hong Kong’s longstanding tradition of freewheeling and robust public debate.
• If current trends continue, Hong Kong could become a fundamentally different place, one that enjoys fewer freedoms and rights, with social, political, and legal institutions that are less vibrant, less independent, and less effective than they once were.

The authors conclude that the National Security Law constitutes “one of the greatest threats to human rights and the rule of law in Hong Kong since the 1997 handover.”

But it is not too late for Beijing to back off and change course. “A fresh look at the costs and benefits of Beijing’s current hard-line policy, though unlikely, might well encourage the Party leadership to embrace just such a shift: Beijing is paying a high price for its current hard-line policy, and the benefits – in terms of local stability and control – may well prove more ephemeral than they seem today.” Find the complete report at https://bit.ly/3ug99HR §