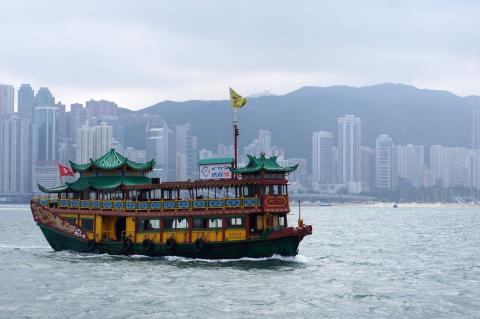 Cardinal John Tong of Hong Kong named Gandhi and Mandela as peaceful examples for pro-democracy protesters to follow in a speech broadcast on local radio on October 12. The following excerpt is from an article published by the Union of Catholic Asian News (UCANNews) on October 22, 2019. This except appeared in the November-December 2019 issue of NewsNotes.

As protests continue in Hong Kong for democracy and freedom, Cardinal John Tong has called on people in the China-administered territory to emulate world leaders who advocated nonviolent resistance.

People should not feel “despair or bear hatred to anyone even though their demands are not answered, because such negative feelings can breed violence, which cannot solve any problems,” Cardinal Tong said.

He said the peaceful movements against tyrannies led by Gandhi and Mandela won the approval of the world because of their insistence on peaceful means.

“To rebuild harmony, giving a concrete response to the demands of the people is the real way. The priority today is to restore trust between the government and people so that the precious harmony in society can appear again,” he said in his speech reported by diocesan publication Sunday Examiner.

Demonstrations began in March to protest an amendment to a law aiming to allow authorities to extradite fugitives wanted in Taiwan and mainland China. Protesters believe such laws aim to choke the administrative freedom of Hong Kong and bring it increasingly under Chinese authority.

Faith in action: Read the rest of the article from UCANNews at http://bit.ly/HongKongBishop.

Image by tee2tee from Pixabay.