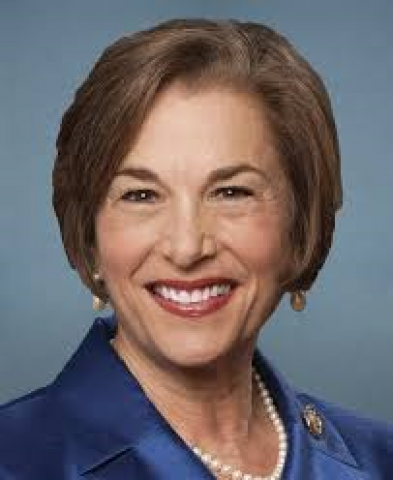 On May 28, Rep. Jan Schakowsky (D-IL, pictured) delivered this Dear Colleague letter addressed to Secretary of State John Kerry articulating concerns and worries about the high levels of violence and impunity that plague Honduras. Thanks to the efforts of constituents and organizations across the country that reached out to their representatives (including the Maryknoll Office for Global Concerns), an unprecedented 107 additional representatives signed on to the letter.

Read this report in the New York Times: Lawmakers ask State Dept. to review support for Honduras (May 29, 2014)

We applaud the members of Congress who stood up to defend human rights in Honduras. After noting that violations of human rights, often committed by the current administration under President Juan Orlando Hernández (National Party), the representatives asked the U.S. State Department to take a stronger stand on human rights and to strictly monitor and even cut off military aid that is flowing to known violators of human rights. They wrote:

"We ask that you pay close attention to those issues, strictly evaluating U.S. support and training for the Honduran police and military in accordance with human rights conditions placed in the 2014 State and Foreign Operations Appropriations law. We also ask that you fully enforce the Leahy Law, which prohibits assistance to individuals or units of any foreign military or police body that commit gross human rights abuses with impunity. The State Department, along with our embassy in Honduras, must take a consistent and public stance supporting those threatened with human rights abuses, and strongly encourage the investigation and prosecution of those perpetuating crimes, including state agents."

The events in Honduras over recent days have only further reinforced the need for such a statement. On May 25, violence struck the indigenous Lenca community San Francisco Opalaca, which has been involved in a dispute over mayoral power since the elections in November 2013. As detailed in this article, the community had been resisting the imposition of a mayor from the ruling party. On May 25, employees of the National Party attacked the community members. While one of them was being transported to the hospital, a group of heavily armed men struck again, attacking their vehicle, wounding two more and murdering Irene Meza, the husband of Councilwoman Ada Elizabeth Méndez, a LIBRE Party member.

Furthermore, on May 27, as reported by an international human rights observer, "Hernán Cruz Barnica, a coordinator of LIBRE and the [National Popular Resistance Front or National People's Resistance Front, Frente Nacional de Resistencia Popular] FNRP in San Juan de Opoa, Copán was assassinated this evening. He was kidnapped from his taxi in Santa Rosa de Copan and his body was found later in Dulce Nombre de Copan. He is described by his compañeros … as a man of principles who dedicated his life to the struggle, to his work and to his family. His compañeros in the struggle call on national and international organizations of human rights to denounce his murder and to call on the government [of President Juan Orlando Hernández] to investigate his murder and to end the impunity of the murder of our comrades in the struggle for dignity and justice."

The two assassinations listed here are only a small sample of what has become structural and systematic violence against those who dare to oppose the power of the National Party. These attacks continue to occur with impunity, and as human rights defenders, journalists, lawyers and activists are increasingly the subject of death threats, violence, and repression, Rep. Schakowsky's letter is a strong message that this situation is unsustainable and cannot be tolerated.