Help offered to families of victims of Philippine killings 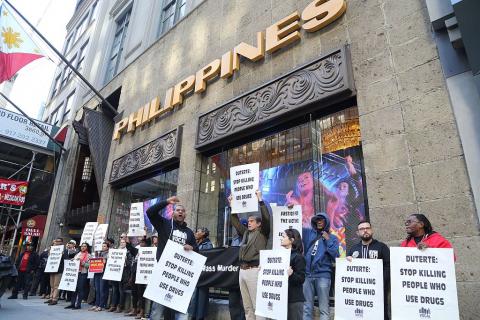 Faith-based groups conduct trauma debriefing sessions to those left bereaved in drug war. The following article was published by ucannews.com on February 21 and was reprinted in the March-April 2017 issue of NewsNotes.

A faith-based group in Manila is conducting trauma and stress-debriefing sessions for families of victims of drug-drug related killings in an attempt to "broaden the circle of those who will speak the truth."

Carmelite priest Gilbert Billena of the group Rise Up said the family meetings aim to create a support group that will help them overcome trauma.

The priest said his group condemns the proliferation of illegal drugs but is against the methods used by the government to go after suspected drug users and peddlers.

"The very people who should be witnesses in cases against the suppliers are viciously killed, while the suppliers merely look for new pushers," said Father Billena.

Rise Up conducted its first debriefing [in mid-February], seven months after Philippine President Rodrigo launched an intensified campaign against narcotics that resulted in the death of about 7,000 people.

Nardy Sabino of the Promotion of Church People's Response said some "survivors" of summary executions also attended the session. "We also want to make sure that they will be given due process of law," he said.

Brother Ciriaco Santiago, a Redemptorist missionary, said the families of victims and survivors of the killings need a community that will listen to them.

"These people are the poorest of the poor and they have no voice in our society," said the religious brother. "If the church will not act, at least to give them a chance to talk, who else will provide," he added.

Photo: Protest against the Philippine war on drugs at the Philippines Consulate General in New York City on October 11, 2016, by Flickr user VOCAL-NY (Voices Of Community Activists & Leaders) and available in the creative commons 2.0