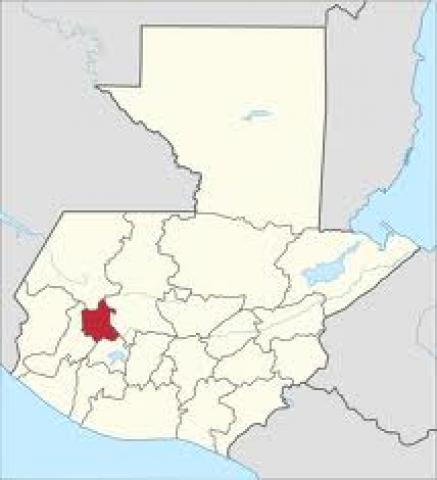 The Pan American highway runs through a barren stretch of Guatemalan territory at kilometer 170. This cold and deserted place, known to the local population as the Alaskan Summit, was the site of Guatemalan President Otto Perez Molina’s recent attempt to silence opposition resulting in the October 4 deadly clash between indigenous protestors and members of the Guatemalan military, a clash which resulted in at least eight deaths and several injuries.

María del Carmen Tacam, president of the 48 cantons of Totonicapán, said that the indigenous communities planned to block a major intersection of the highway that connects several large western Guatemalan municipalities in an effort to draw attention to meetings she and other community leaders were supposed to have with government officials, including President Perez Molino, in Guatemala City. The community leaders hoped to discuss several recent decisions and proposals that would have major impact on their communities and to ask for a formal consultation process. Specifically they wanted to talk with government officials about their opposition to recent hikes in the prices of electricity; reforms to the teacher training and certification process; and the constitutional reform process recently put forward by the government.

During the October 4 rally, local police and Guatemalan military were dispatched with orders to evict the demonstrators and restore the flow of traffic. Despite the Interior Minister’s order to maintain distance, a military contingent of 89 soldiers under the command of Col. Juan Chiroy Sal advanced and confronted the protestors. According to preliminary investigations, eight soldiers fired their weapons into the crowd. Eight protestors were killed, and at least 33 others injured. Thirteen soldiers also reported injuries.

On October 9, Friends of the Earth International issued a statement of solidarity with the people of Totonicapán condemning Perez Molina’s repressive security policy. "The massacre in Totonicapán follows a crackdown in Santa Cruz Barillas – where a community leader was killed and 10 people were detained on political grounds – in early May this year and the subsequent state of emergency in the municipality… This ‘security’ policy goes hand-in-hand with unsustainable large scale development projects, involving indigenous territories without the consent of the people affected."

The Guatemalan Human Rights Commission (GHRC) also reports that, starting in August, 171 U.S. Marines and the Guatemalan military participated in a joint mission, "Operación Martillo" (Operation Hammer), to combat drug trafficking in the Pacific coast region. After two months, however, only 14 arrests and 10 drug seizures were made. GHRC claims that in this maneuver the United States has basically lost its moral authority to condemn the use of the military force against civilians. GHRC asks: "How can the U.S. tell Guatemala that the military shouldn’t act as police when we’re sending down U.S. soldiers to fight crime?"

In response to the hostilities in early October, the United Nations High Commission for Human Rights sent two teams of observers to verify the facts and follow up on the reports of the violence. Also, a thorough investigation was carried out by the Public Prosecutor’s Office and National Science Institute (INACIF) which led to the prompt arrest of Col. Chiroy and the eight soldiers for the crime of extrajudicial execution, among other charges.

This is important departure from Guatemala’s long history of impunity for crimes committed by the armed forces represents a radical shift for Perez Molina. Since taking power earlier this year, Perez Molina has proposed government reforms which are supported by and benefit Guatemala’s economic elite and has used combined security forces (National Civil Police and Army) to repress any opposition. In spite of public and social outcry to these actions the government continued to implement this as a strategy for solving "social conflict."

Sign this petition from GHRC that calls for the government of Guatemala to repudiate any state violence against the indigenous peoples and to support the right of the K’iche’ people of Totonicapán and their municipal authorities to express their collective political voice.