Guatemala: From genocide to femicide 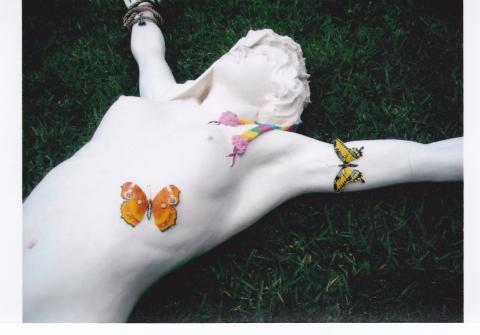 On January 28, 2013 a Guatemalan judge ruled that former head of state Efrain Rios Montt would be tried for genocide in a domestic court. As a military general who served as president for less than 18 months in the early 1980s, Rios Montt is thought responsible for 1,771 deaths, 1,400 human rights violations and the displacement of 29,000 indigenous Guatemalans. While this precedent-setting decision was lauded internationally by human rights activists and NGOs, Guatemalan women in particular continue to live in an environment where impunity reigns. Br. Martin Shea, MM, who has lived and worked in Guatemala for many years, contributed to this article.

The decision to try Rios Montt and former intelligence chief José Mauricio Rodríguez Sánchez for their assumed responsibility over the deaths of the mainly Mayan villagers in a series of massacres during March-August 1982 is a landmark verdict. Amnesty International researcher Sebastian Elgueta reports, "[T]his decision strengthens justice in Guatemala, as accountability for past crimes begins to emerge." It raises hopes for families and victims of thousands of human rights violations that they may know the truth and see justice.

The 1999 Guatemalan Truth commission, backed by the United Nations, found that some 200,000 people were killed or disappeared In Guatemala’s 36-year armed conflict. The commission documented over 600 massacres – most of which happened during the presidency of Rios Montt. Most of those who were responsible for this genocide, until now, have escaped justice. The Guatemalan military continues to refuse to hand over past records and documents which might lead to further prosecutions.

While the trial of Rios Montt is good news, due to the history of repression and violence in Guatemala, impunity still reigns when it comes to the treatment of women in Guatemala.

Femicide – the killing of women – is a global problem with particular focus in this hemisphere; Mexico, El Salvador and Guatemala continue to rank among the world leaders in violence against women. In the last five years more than 3,000 people have been murdered in Guatemala because they are women. In 2011, 750 women were killed, which is the highest female mortality rate per capita in the world. In 2012, 638 were murdered, often their bodies dismembered. In January 2013, 53 were murdered as the madness continues unabated.

According to a January 2013 article on AlertNet (Guatemala’s femicides show no signs of letting up), Sebastian Elgueta, Guatemala’s researcher at Amnesty International, says that femicide is "‘a widespread problem that affects all sectors of society, from the middle class to the very poor.’ Roughly 60 percent of all femicides in Guatemala take place at the hands of former and/or current boyfriends or husbands using firearms."

The article notes that a large part of why Guatemala has such a disproportionate number of femicide cases is due to impunity. Elgueta states that the conviction rate for murder ranges "‘from less than one percent to four percent.’ Such high levels of impunity create a culture where perpetrators of crime, including violence against women, believe they can get away with it. …

"Because of Guatemala’s high levels of drug-fuelled crime and murder rates - one of the highest in the world - overstretched local authorities and the [International Commission Against Impunity in Guatemala, CICIG] have focused on tackling general violence in recent years, leaving fewer resources and officials to investigate gender-based abductions and killings. …

"Guatemala’s high levels of violence against women also stem from the low social status of women, particularly indigenous women. It means some government officials still tend to blame the victims for gender-related crimes."

Brother Martin Shea writes: "Will we even know Easter in this beautiful land? After a long history of genocide in Guatemala an art sculpture of a crucified woman by artist Manola Gallardo Rubio [see image above] is awakening the national conscience to the reality that femicide continues. The sculpture is presently on display in a private gallery, only after its public display at the Miguel Angel Asturias Cultural Center was abruptly cancelled. As Easter approaches, this sculpture reminds us that Jesus continues to be crucified 12 times a week." §