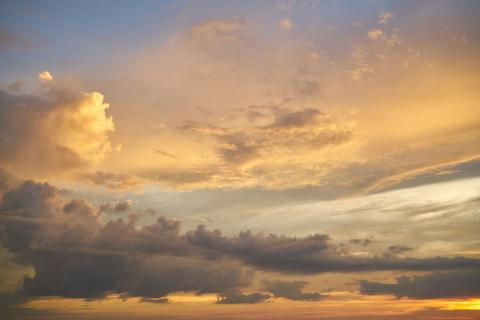 This article describes the numerous ways the geoengineering technology of solar radiation management is a false solution to the climate crisis. The following article was published in the January-February 2020 issue of NewsNotes.

The March-April 2019 edition of NewsNotes included an article examining the false promise of “geoengineering,” or technologies which aim to manipulate the earth’s climate to combat climate change. That article explored problems with carbon capture and storage technologies that are expensive, unproven, and distract from better solutions to mitigate climate change.

Another principal form of geoengineering is solar radiation management (SRM). This false solution is appealing, as these technologies tend to be inexpensive and quick acting; however, they are unproven, can have negative side effects, and distract from better solutions.

The most common of these SRM technologies releases chemicals into the air to reflect more sunlight away from Earth, simulating events like the 1991 eruption of Mount Pinatubo in the Philippines, which released large amounts of sulfur dioxide into the air, causing a global cooling of near one degree Celsius for 15 months. Harvard University scientists are planning to carry out an experiment in 2020, the Stratospheric Controlled Perturbation Experiment, using planes to release calcium carbonate into the stratosphere to achieve a similar effect.

Canadian author and climate activist Naomi Klein points out a particular danger of SRM: “While the United Nations’ climate negotiations proceed from the premise that countries must agree to a joint response to an inherently communal problem, geoengineering raises a very different prospect. For well under a billion dollars, a ‘coalition of the willing,’ a single country, or even a wealthy individual could decide to take the climate into its own hands.”

This is especially concerning as SRM technology involves significant risks. One risk is the indefinite commitment it demands. Once begun on a large scale, any SRM project would have to continue indefinitely, as whatever greenhouse gases released during the project would manifest all at once if it stopped, a process called “termination shock.” Climate Analytics, a climate think tank, predicted that ending a project suddenly would result in “very rapid and large-scale planetary warming… within a timescale of months.”

Another risk is unknown weather effects. SRM would change global water cycles in unknown ways, likely affecting monsoon patterns on which billions of people in Asia and Africa. Klein paints a bleak but possible scenario: “Imagine this: North America decides to send sulfur into the stratosphere to reduce the intensity of the sun, in the hopes of saving its corn crops — despite the real possibility of triggering droughts in Asia and Africa. In short, geoengineering would give us (or some of us) the power to exile huge swaths of humanity to sacrifice zones with a virtual flip of the switch.”

Finally, there is a moral hazard risk involved. SRM and other geoengineering proposals provide a way for policymakers to avoid tough decisions about reducing greenhouse gas emissions – the only reliable long-term solution. Many conservative think tanks and public figures who deny that climate change is a problem or that it is caused by human activity have come out in favor of geoengineering efforts.

GreenFaith, a global, multi-faith environmental organization, published a report detailing their concerns with these technologies. They call for an international moratorium on the employment of SRM technologies “due to [their] high level of uncertainty in relation to risk and effectiveness.” Furthermore, “if [other] geoengineering approaches prove viable and are regulated appropriately, they should supplement emissions reduction efforts only temporarily, in limited circumstances, and under carefully prescribed conditions.” Fundamentally, “geoengineering must never substitute for robust emissions reductions.”

The international community cannot allow geoengineering ploys to distract from the more effective goals of phasing out the use of fossil fuels, moving to agroecological agriculture systems, creating a zero-waste circular economy and transforming our throw-away culture. Reducing inequality will also be important: an Oxfam study shows that 50 percent of global greenhouse gas emissions come from the richest 10 percent of the world’s population. If these individuals consumed at the level of an average citizen of the European Union, overall emissions would fall by almost one-third, even if the other 90 percent did nothing. We must all pursue the long-term solutions and authentic change necessary to address the climate crisis.

Image by engin akyurt from Pixabay