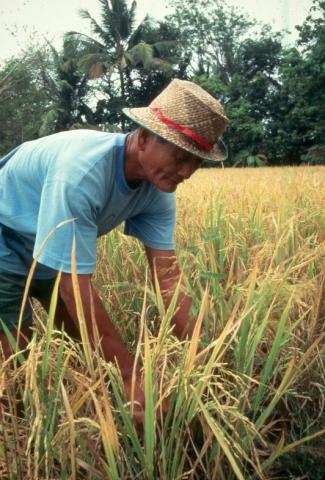 The following article, published in the November-December NewsNotes, was written by Fr. Ken Thesing, MM, who lives and works in Rome. A version of this article will also appear in the VIVAT International newsletter.

“Those who suffer food insecurity and malnutrition are persons, not numbers.” So spoke Pope Francis in his Message for World Food Day, delivered at the Food and Agriculture Organization (FAO)’s headquarters in Rome during the 41st session of the Committee on World Food Security (CFS), held from October 13-18. CFS is considered the overarching UN committee with responsibility to articulate the issue of food and nutrition security and develop policies and programs so that not just the reduction, but the “elimination of hunger” as UN Secretary General Ban Ki Moon has stated might be achieved.

CFS holds its annual meeting at the FAO headquarters with the coordination and participation of the other two UN agencies in Rome, the World Food Program (WFP) and the International Fund for Agriculture Development (IFAD). Jose Graziano da Silva, FAO director general, said in his opening remarks, “Food security is everyone’s business,” and, in a passionate delivery, WFP executive director Ertharin Cousins remarked that the State of Food Insecurity (SOFI-2014) Report tells us the number of chronically hungry in the world declined from 842 million in 2013 to 805 million in 2014, but there are two billion malnourished people if we count the silent hungry (those with various nutrient deficiencies in their diet and the half billion obese now in our world). And 3.1 million children died last year of hunger while millions more were stunted for lack of adequate nutrition, while in sub-Saharan Africa the food losses from spoilage after harvest and destruction by pests of stored foods in one year equals 10 years of food assistance that comes to Africa from around the world.

The above comments on opening day set the tone for most of the major issues discussed at this year’s CFS meeting. Including the Holy See, 127 of the world’s countries have delegations to participate each year. In 2009 a thorough reform broadened the stakeholders (participation) to include civil society organizations and movements organized through the Civil Society Mechanism. Also the Private Sector Mechanism was formed, and NGOs and other international organizations like the World Bank, the International Labor Organization, the World Health Organization, etc. participate, lending credibility to the claim that this is the most wide-ranging and comprehensive body developing policies and programs to reduce, to eliminate hunger and malnutrition.

Nutrition was central to discussions. No policy document was presented to be endorsed but the word was constantly mentioned. The Second International Conference on Nutrition (ICN2) had met under the leadership of FAO and WHO just before the CFS Session 41. On the floor questions were even raised whether a new “UN Nutrition” body might soon be established.

“Food insecurity in areas of protracted crisis” was a prominent agenda item with a goal of an Agenda for Action to provide guidance for governments and donors as well as NGOs, civil society organizations and private sector groups on how to best operate in places of crisis (for instance, the conflicts in Iraq-Syria and the displaced millions, and refugees and on-going conflicts in Palestine, South Sudan and others). These situations demand not just humanitarian assistance but designing and implementing resilience-focused policies and actions, integrated with peace-building activities, etc.

The major agenda point at this year’s CFS Session 41 was “Principles for Responsible Investment in Agriculture and Food Systems” (RAI), a policy document endorsed by the voting government delegations. All CFS documents are endorsed by consensus, which requires and has required lengthy debates over the past two years to find language all could live with (even if not entirely satisfied). In the document under Principle number 9, there was not full agreement on the phrase “free, prior and informed consent” in consultation with indigenous peoples. The entire section of Principle 9, (iv) is in brackets [….] indicating that this is still a disputed part of the document.

So the work continues; the development of policies is a year-round process. Here I believe is where our religious congregations have a vital role to play. We have many men and women “on the ground” at the village level, and can observe what is happening at that level. CFS spoke of the importance of a “Framework for monitoring CFS decisions;” all 127 member governments endorse the documents. But then the important step is implementation. We can play a vital role here, holding all to accountability.

To conclude let me again quote Pope Francis’ message: “Beyond the data, there is an important aspect of the problem: [T]hose who suffer food insecurity and malnutrition are persons not numbers, and precisely because of their dignity as persons, they are above any calculation or economic plan.”