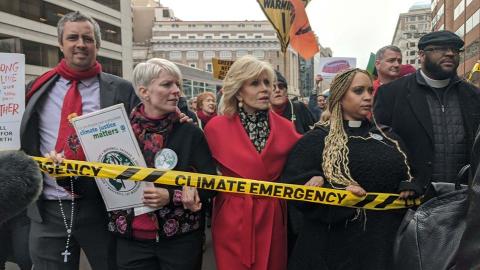 The theme for this Friday's demonstration was the intersection of climate change, migration and human rights and the banks and financial institions that are harming the earth and migrants.

Dan Moriarty and Susan Gunn of the Maryknoll Office for Global Concerns, actress Jane Fonda, Rev. Kaji Douša of Park Avenue Christian Church in Manhattan, and Rev. I. Malik Saafir of Arkansas Baptist College in Little Rock (see top photo), led a crowd of hundreds of climate action supporters of all ages on a march in Washington, D.C. to the head quarters of BlackRock, Inc., a major financial institution that funds and profits from the fossil fuel industry and the for-profit U.S. immigrant detention system. There they called for BlackRock to stop funding these destructive and inhumane industries and join the movement for building a sustainable, peaceful civilization.

At a rally before the march in downtown Washington, D.C, Jane Fonda welcomed faith leaders on the stage to speak about the intersection of environmental justice and justice for immigrants and refugees. Speakers included Rev. Douša on behalf of New Sanctuary Coalition New York, and Imam Saffet Abid Catovic, Rev. Saafir and Rev. Fletcher Harper on behalf od GreenFaith. Susan Gunn, director of the Maryknoll Office for Global Concerns, also addressed the crowd, asking them to join Maryknoll missioners in carrying the cry of the earth and the cry of the poor to the banks and financial institutions that profit off of immigrants' misery and the destruction of the earth. Click on the image to watch the video of Susan's four-minute speech, starting at the 52 minute mark. 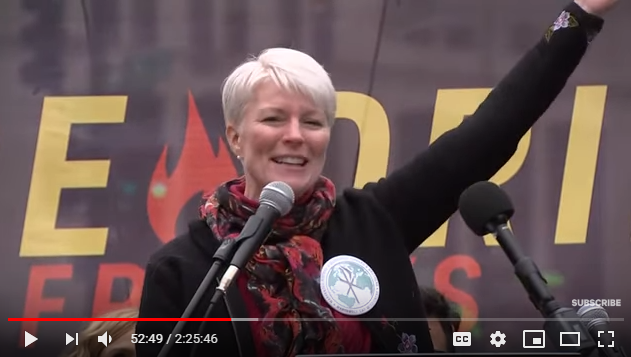 Photo of Jane Fonda, fellow actresses Kyra Segwick, Taylor Schilling (in red coats) and Maura Tierney (kneeling, with glasses), with faith leaders who spoke at the Fire Drill Friday rally on December 6, 2019. Susan Gunn, director of the Maryknoll Office for Global Concerns kneels in the center of the photo.
Embed from Getty Images

Dan Moriarty (wearing red scarf) and Susan Gunn (left of Jane Fonda) of the Maryknoll Office for Global Concerns marched with Jane Fonda, faith leaders and a large crowd to the head quarters of BlackRock, Inc., a major financial institution, to call for the corporation to divest from the fossil fuel industry and the for-profit U.S. immigrant detention system.
Embed from Getty Images

The day ended with the youngest demonstrators, children on strike from school as part of Greta Thunberg's School Strike for Climate movement, leading the crowd in a procession away from the front doors of a Wells Fargo bank branch office (In January, Wells Fargo announced that it would wind down its credit exposure to private prison companies as part of its “environmental and social risk management” policy but the fourth largest bank in the U.S. continues to hold stock and profit from both fossil fuel companies and for-profit private prisons.) 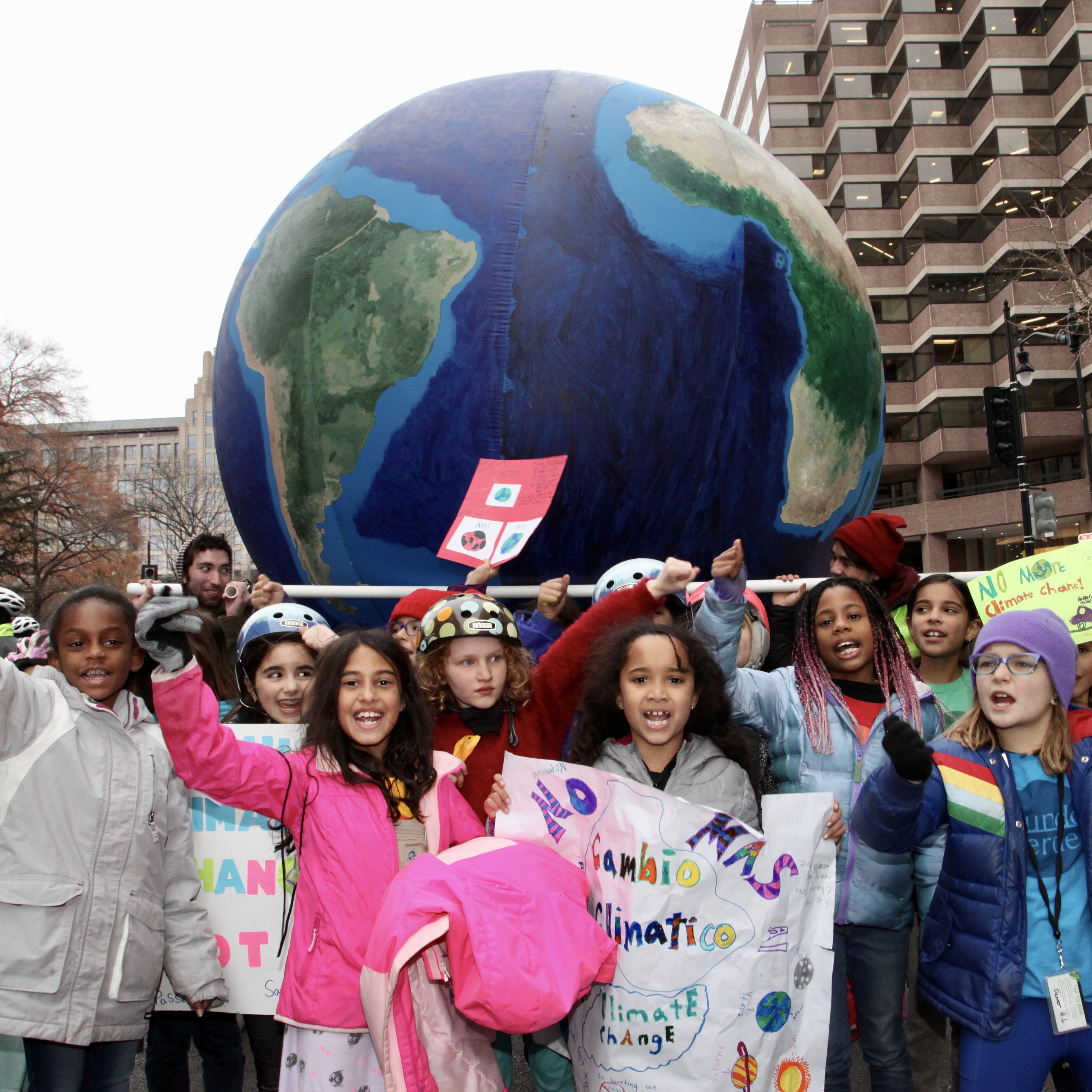