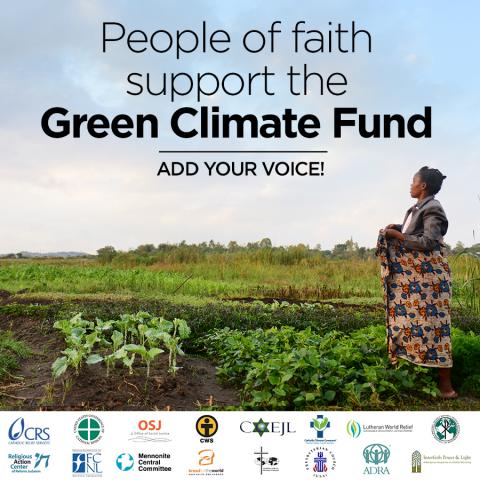 The challenges facing care for creation are great, but the Maryknoll Office for Global Concerns is committed to protecting and advocating for strong environmental protections in the next four years. The following article was published in the January-February 2017 issue of NewsNotes.

During his presidential campaign, president-elect Donald Trump consistently promoted sharp deviations from existing U.S. environmental policy. Aside from meetings with celebrity climate champions, Al Gore and Leonardo DiCaprio, President Trump’s cabinet picks suggest he plans to keep his campaign promises. Many of the appointees Trump has made to key agencies with environmental programs have actively opposed existing environmental regulations or have close ties to the oil and gas sectors.

Oklahoma Attorney General Scott Pruitt has been selected to lead the Environmental Protection Agency (EPA). Pruitt is a vehement climate change denier who has attempted to undermine climate policy in recent years. Pruitt is party to a lawsuit with other conservative attorney generals to sue the federal government over the Clean Power Plan, a cornerstone of the Obama Administration’s climate policy to reduce carbon emissions and key to meeting our climate commitments under the Paris Agreement. Pruitt has also sued the EPA over rules to regulate other sources of pollution from coal-fired power plants and methane from hydraulic fracturing (fracking). Methane is a more potent greenhouse gas than carbon. He may try to overturn the EPA’s endangerment finding that allows for carbon to be regulated under the Clean Air Act, but the rule was upheld in federal courts so it would be a heavy lift.

Former Texas governor, Rick Perry, will be nominated to lead the Department of Energy (DOE). When campaigning for president in the 2012 Republican primaries, Perry pledged to abolish the DOE. Like Pruitt, Perry actively opposes any oil or gas regulations or efforts to address climate change. He is also a climate change denier.

Rex Tillerson, CEO of Exxon Mobil, was a surprise nominee to lead the Department of State. For years, Exxon hid the science showing that fossil fuels contribute to climate change. Tillerson recognizes that climate change is real and human caused and supported the Paris Climate Agreement. Whether Exxon’s business opportunities will grow under a fossil fuel-friendly administration and whether Tillerson or Trump would have the last word on the State department’s climate policy are open questions. Tillerson’s nomination is also controversial due to close ties with Russia’s President Putin.

Exxon has also been a vocal opponent of a provision in the Dodd-Frank financial reforms. Exxon joined a 2012 lawsuit, and a new lawsuit announced in October 2016, as a member of the American Petroleum Institute against the Securities and Exchange Commission. The lawsuit targeted federal rules to implement a provision of Dodd-Frank requiring any oil, gas, or mining company publicly traded on the U.S. stock market to divulge financial payments to governments for their operations. This data can be used to address corruption and as a tool by advocates to direct these funds to serve the common good. Many of the most resource rich countries in the world are also the poorest due to corruption and lack of transparency.

Representative Ryan Zinke (R-MT) was tapped to lead the Department of Interior. Unlike many of his Republican colleagues, Zinke favors the administration of public lands under the federal government.  But Zinke may still favor oil, gas, and mining operations on public lands. This would have impacts on the U.S. greenhouse gas emissions. Although Zinke has stated that he believes climate change to be real, he is uncertain that it is human caused – despite the solid scientific consensus stating otherwise.

As far as what a Trump Administration would mean for specific policy changes, the Trump administration may look for guidance in a new document from the House Freedom Caucus that details ways to radically deregulate environmental protections including energy efficient appliances, Chesapeake Bay restoration and climate change initiatives. The House Freedom Caucus is a small but vocal group of House Republicans that rose out of the Tea Party movement.

Trump has said he would pull the U.S. from the Paris climate agreement and prohibit contributions to the Green Climate Fund, an important international program to finance projects to mitigate and respond to climate impacts in developing countries. Both the Green Climate Fund and the Clean Power Plan are key commitments made by the U.S. in the Paris agreement, which is supported by a majority of states, cities, businesses, and the civil  national security community as well as civil society organizations.

Most of the states who are part of the lawsuit against the Clean Power Plan will already have met their meager commitments to reduce carbon emissions. Other states have pledged to continue to implement their part of the plan regardless of federal actions.